The young Reds led 2-0 at the break courtesy of goals from Tai-Reece Chisholm and Jordan Barnett, but the visitors hit back late in the second half through Kai Brown and Idris El Mizouni, who reacted quickest after Brett McGavin’s penalty had been saved by Jake Greatorex.

It was harsh on Martin Devaney’s side, who had created the better opportunities over the course of the game and defended resolutely, but were eventually undone in the final ten minutes.

The Tractor Boys started brightly, but it was Barnsley who made the break through after some intricate play on the edge of the box from Elliot Simoes. He played it into the path of Chisholm, who confidently arrowed into the bottom corner with his left foot after just nine minutes.

Kyle Connell fired wide from 20-yards and Louis Walsh saw his close-range effort well-saved by Harry Wright, before Matty Wolfe’s shot was blocked as Ipswich dug deep as the first half wore on.

But Barnsley wouldn’t be kept at bay for long, and Chisholm this time turned provider as he brilliantly lofted the ball over the visiting defence, into the path of Barnett who casually side-footed into the same corner as his teammate two minutes before the interval.

The hosts came out flying after half-time and Simoes almost got his just rewards for excellent perseverance when he charged down Wright in his own area. The Ipswich stopper’s clearance clattered off the Reds winger, but bobbled narrowly wide.

Simoes and Chris Sang both saw shots blocked as Barnsley pushed forward for a killer third goal, but it was the Tractor Boys who struck next as Brown lashed a thunderous drive into the roof of the net.

Moments later, Ipswich were awarded a penalty. McGavin stepped up and saw his spot-kick saved by Greatorex, who plunged to his right and palmed the ball away. However, El Mizouni was first to the rebound and he was able to scramble home over the goal line with eight minutes remaining.

The Reds came close to a dramatic late winner, but Wright was able to hold onto Simoes’ fierce low drive with Chisholm racing in for a potential follow-up. 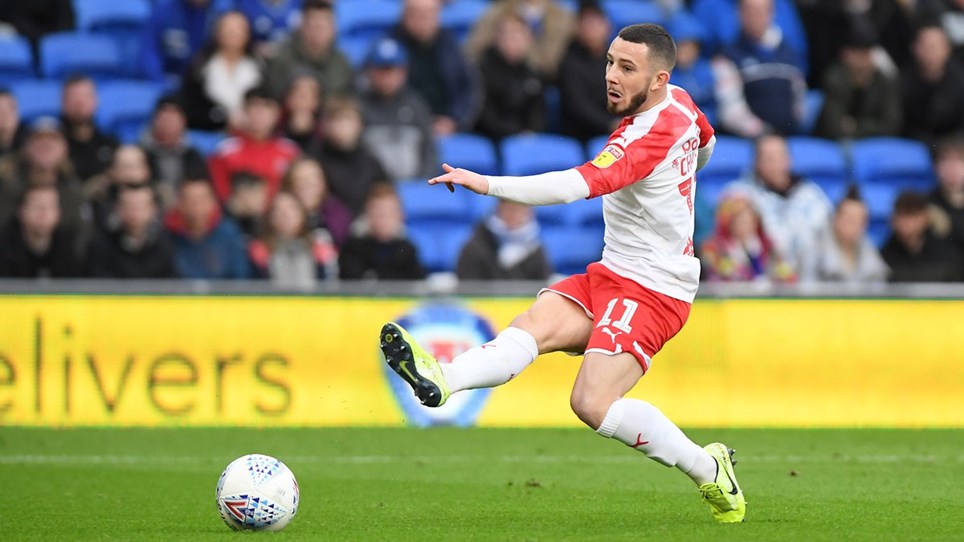 
Barnsley were beaten by a stoppage time winner at the Cardiff City Stadium on Saturday afternoon, as the Bluebirds stole all three points to earn a 3-2 victory in the Sky Bet Championship.


Barnsley came from behind to claim a share of the spoils in a pulsating South Yorkshire Derby at Oakwell on Saturday afternoon.


Aiden Marsh’s penalty ensured Barnsley U23s claimed a share of the spoils against Leeds United in the Yorkshire derby.


Barnsley U18s produced a magnificent late fightback as they came from two goals down to beat Birmingham City 3-2 at the Oakwell Training Ground on Saturday.


Another defeat for Barnsley at Oakwell as quick-fire Cardiff double seals  a disappointing afternoon for the Reds.


There was derby delight for Barnsley U18s on Tuesday afternoon who made it three victories in a row with a 1-0 away win over Sheffield Wednesday.