It's honours even at Oakwell as the Reds are twice pegged back by the Sky Blues and have to settle for a point.

In a highly entertaining clash in the South Yorkshire sunshine, Daniel Stendel's side were left frustrated at full time as Coventry left Oakwell with a point.

The Reds' Head Coach had brought back skipper, Adam Davies in goal with Ryan Hedges also given a rare start in place of Mike Bähre.

The Welsh winger spurned a great opportunity inside seven minutes as he raced through on goal to collect a sublime Cameron McGeehan through ball but his vicious shot from the left side of the area was straight over the crossbar.

But the early goal did arrive three minutes later as some wonderful work on the left between Hedges and Mamadou Thiam saw the latter pull the ball back from the byline into the path of the onrushing Alex Mowatt who slotted home from six yards out to give Barnsley a deserved lead.

McGeehan and then Cauley Woodrow tried efforts from outside the box but shot wide and then over respectively, but it was all Barnsley in the opening stages.

But the Reds were made to pay for not taking their chances as on 35 minutes a cross from Brandon Mason wasn't closed down and after Ben Williams failed to deal with the high ball at the far post, Jordy Hiwula finished in style to equalise.

There was a late chance for Woodrow after good link-up play with Thiam, but the Barnsley number nine smashed the ball over the bar once more from the edge of the box.

The second half began like the first had with the Reds on top and creating chances; Woodrow again fired over when well-placed on the edge of the area.

But his goal eventually came on 48 minutes as he was on hand to calmly fire into the bottom corner after Hedges had cut the ball back to him with style.

A McGeehan effort from range flew over and Barnsley were well in control at that stage until when defending from a throw-in, Williams attempted to clear his lines but the ball ricocheted into the path of Luke Thomas in the box, he jinked into some space before curling home a delightful finish into the top corner to level the game once more.

At the other end, Williams tried his luck from way out and City 'keeper Lee Burge fumbled, but the defence hacked the ball away from danger.

Liam Lindsay hadn't put a foot wrong until his weak back-pass saw Bakayoko through on goal, but his attempts to round Davies only saw him run the ball behind for a goal kick.

There were sub appearances for Bähre, Jordan Green and Victor Adeboyejo but none of them had much of an impact on proceedings as the visitors in fact looked most likely to snatch a winner.

A header from point blank from Dom Hyam was expertly tipped over by Davies on 90 minutes and then deep into stoppage time, the captain again pulled off an amazing one-handed stop to thwart Bakayoko from a similar distance when it looked for all the world that he'd grab the winner.

A point not what the Reds were looking for, but it's 20 games unbeaten and another point ahead of the chasing pack. 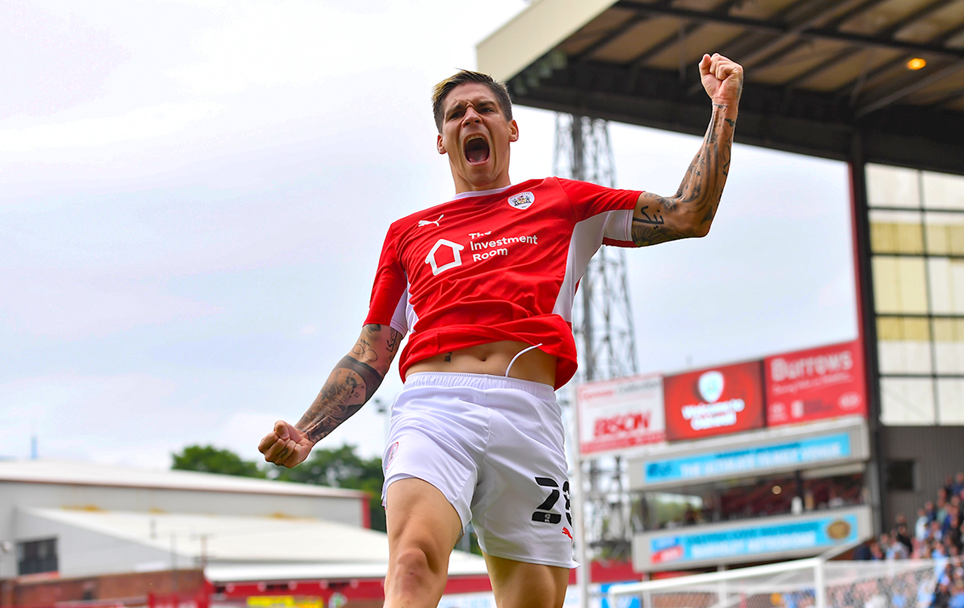 
It was a perfect homecoming for Barnsley this afternoon, picking up a big three points in an end-to-end scrap with Coventry City.