Barnsley welcome Coventry City to Oakwell on Saturday afternoon for another key game in the race for promotion from Sky Bet League One, and we have plenty of exclusive content in your official match programme, BE RED!

We spoke with JACK WALTON following his tremendous display between the sticks at Walsall last weekend. The young stopper kept a clean sheet as Jacob Brown went onto score a dramatic later winner at the Banks’s Stadium – the Reds’ seventh consecutive shut-out and 21st in all competitions this campaign.

There’s an update from Head Coach DANIEL STENDEL in his regular programme notes, where he addresses supporters after back-to-back away games.

Turning attention to academy matters, BE RED caught up with U18s captain WILL CALLIGANafter the young wing-back scored two goals in three games for Adam Murray and Tom Harban’s side.

As usual, we have our section dedicated to this weekend’s visitors from the Ricoh Arena – including Connections with DAVE COPPING, while football historian LEIGH EDWARDS focusses on iconic Sky Blues’ partnerships from years gone by in his Deadly Duos column.

Make sure to keep an eye out for our LADIES IN RED feature after Chris Hamilton’s side reached the Sheffield and Hallamshire County FA Cup final following a 3-0 victory over Worksop.

NEIL RICHARDSON discusses his latest artwork – a piece depicting Oakwell legend ALAN CLARKE, who guided Barnsley to promotion from the Old Third Division in 1979. Well worth a read.

In addition, we have our traditional FANZONE pages – is your picture featured this week? – and games pages for our Junior Reds, while there is also recognition for Manager of the Season, Stendel, and four of his players who were selected in Team of the Season.

All of this and much more in your Coventry City edition of BE RED, which is priced at just £3 and can be bought from in and around Oakwell. 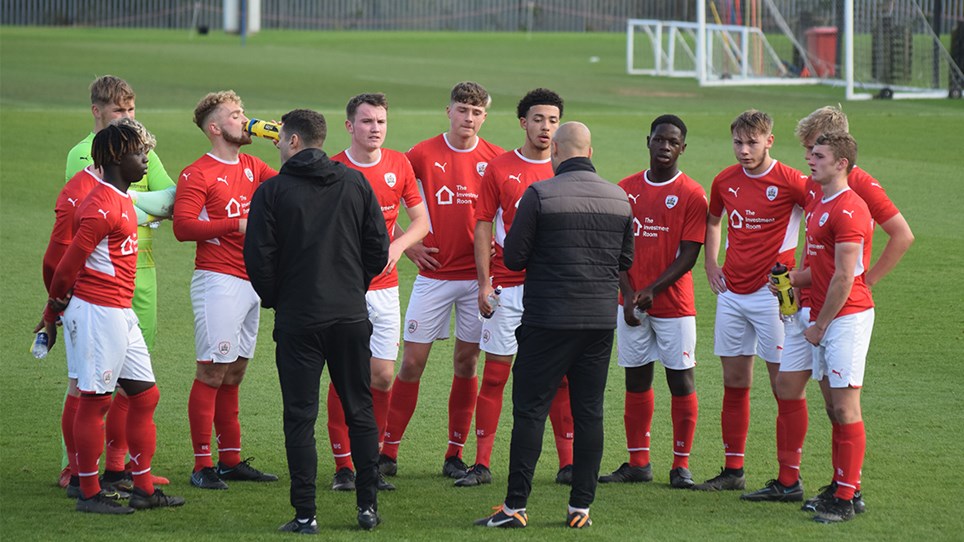 
Our young Reds continue their unbeaten run in the Under 18 Professional Development League and stay top of the table following a goalless draw with Coventry City at the Oakwell Training Ground on...