Summer signing Luke Thomas is raring to pull on the famous Red shirt when the new season kicks off in August.

The flying winger arrived at Oakwell from Derby County, putting pen to paper on a four-year deal, and is eagerly anticipating the forthcoming Sky Bet Championship campaign.

“I’m very excited to join a club like Barnsley,” declared Thomas. “It’s a young, talented side and they proved that last season when they got promoted, so I’m very happy to be here and, hopefully, I can bring something new to the team.

“I thought Barnsley were probably the best team in the division; they’re very hard-working and can keep the ball very well, and it’s a team that I’d love to play in.

“I’m really excited to be here and I can’t wait to play in the Championship and meet up with my new teammates.”

Reds supporters will be familiar with Thomas’ goal scoring exploits after the winger scored a stunner in South Yorkshire at the end of March.

The 20-year-old, who was on loan at League One rivals Coventry City, bagged the equaliser for Mark Robins’ side in a 2-2 draw – one of five he managed in all competitions for the Sky Blues.

“I remember getting the ball off one of my Coventry teammates and just had one thing on my mind, really, to try and get half a yard and shoot,” continued Thomas. “Luckily, I’ve got that and scored. It’s probably the best goal I scored last season and, hopefully, I can score a few more like that for Barnsley.”

Not only is Thomas adept at finishing, but the explosive wide man was at his creative best last season as he laid on a number of assists for teammates while at the Ricoh Arena.

However, perhaps one of his most important – for both Coventry and the Reds – was when he set up Amadou Bakayoko to net the Sky Blues’ second in the dramatic 5-4 victory over Sunderland in April.

“That was a massive result for us to keep our play-off hopes alive and, of course, it was a big result for Barnsley as well because it was between them and Sunderland at one stage,” asserted the former Cheltenham Town youngster.

“But it was a great feeling to be able to help the team win and to be able to win at a place like the Stadium of Light was amazing.”

Thomas is Barnsley’s second signing this summer after Mike Bähre made his loan spell at Oakwell permanent last month.

The German slotted seamlessly into Daniel Stendel’s high-pressing philosophy, and our latest recruit is adamant that you can anticipate a similar approach from him.

“The fans can expect me to be very hard-working; I do my defensive duties as well as attacking work,” insisted Thomas. “I like to get on the ball and cause the defenders a nightmare, and I like to create things for myself and my teammates.

“Coventry and Barnsley played similar football; they both tried to play out from the back and work it that way – Barnsley are very good at that. Hopefully, I can take what I learnt from Coventry last season and bring it here.

“I learnt a lot last season; it was my first full season in men’s football. Playing in front of big crowds with Coventry and, certainly here at Oakwell was fantastic, so I learnt a lot in that respect but there’s still more to learn.”

You can watch Luke's full interview on iFollow Barnsley. 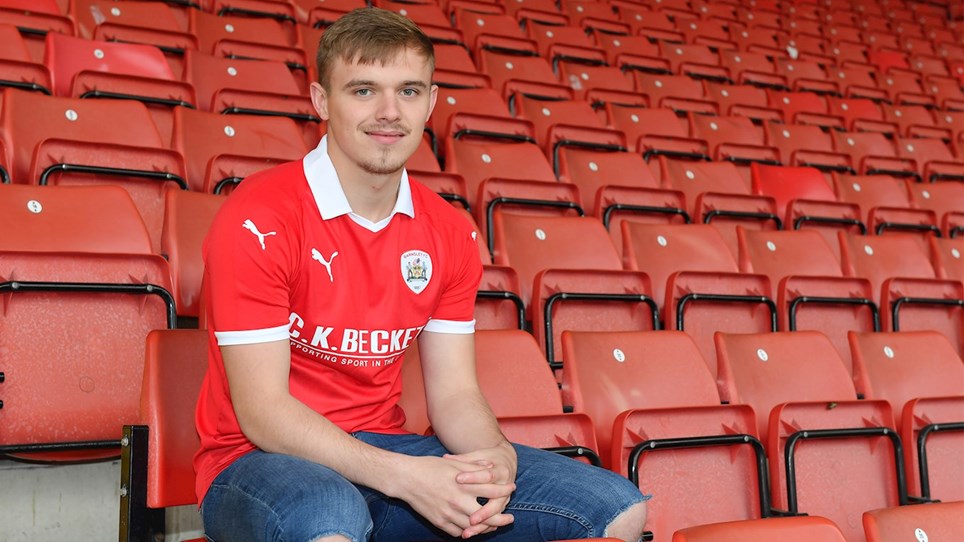 Luke Thomas Signs For The Reds!


Barnsley Football Club is delighted to announce the signing of Luke Thomas for an undisclosed fee on a four-year contract ahead of our 2019/20 Sky Bet Championship campaign.


The Reds made another move in the transfer market today with the acquisition of Belgian striker Aaron Leya Iseka and here we delve into the 23-year-old’s career to date!