We are delighted to announce that 22-year-old goalkeeper Brad Collins has joined Barnsley Football Club on a four-year contract, with a further option in the club’s favour.

Collins joins from Premier League side Chelsea, after progressing through their academy since 2010. He played a key part for the west-London based outfit throughout their youth system, most notably winning the UEFA Youth League and the FA Youth Cup during the 2014/15 campaign.

The stopper spent time away from Stamford Bridge on loan with Forest Green Rovers in 2017/18, playing 45 matches, helping to keep FGR in the English Football League by a single point, in their first ever season at that level.

Following his impressive displays, Burton were next to snap up the then 21-year-old on a loan deal in Sky Bet League One. Impressively, Collins played against the Reds twice, keeping a clean sheet at Oakwell and putting in a solid display when the Brewers earned a 3-1 victory at the Pirelli Stadium. The clean sheet against Daniel Stendel’s side was just one of the 11 he managed, during his time at Burton.

Brad spoke to iFollow Barnsley after signing his deal, expressing his delight at working under a Head Coach he has heard great things about.

“You just want to keep progressing as a footballer and if you look at my stats at the moment, it shows I have. I want to keep going and see how far we can go together here now. The vision here is good, there’s a good group of lads here who are hungry and play the right way. I’ve heard great things about the Gaffer so I am really looking forward to working with him and I like the overall vision of the club.”

Co-Chairman, Paul Conway, told barnsleyfc.co.uk just how important it is to continue the clubs stated strategy, bringing in another excellent signing.

He said: “We are really pleased to welcome Brad to the club. He’s joined us at an exciting time and he comes with a strong record of nearly 100 EFL matches which is fantastic experience at a young age. We feel he can develop further here and grow with the club. The four-year contract, with the further additional option year, is another example of our strategy of securing our players to long-term deals.” 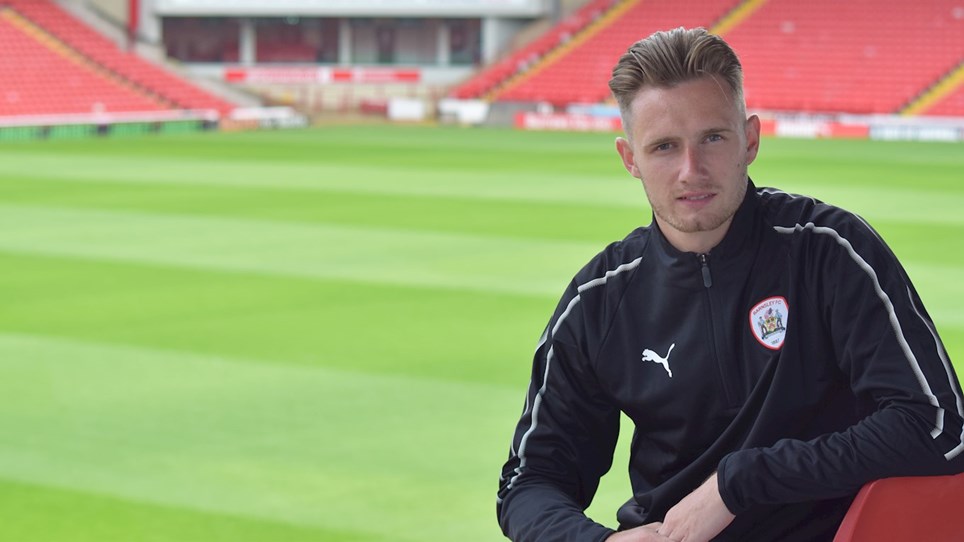 Collins: “The vision going forward was key for me.”


Goalkeeper Brad Collins has joined the Reds on a permanent deal, following the expiration of his contract with Chelsea Football Club.