Tonge will remain on the first team coaching staff after signing a permanent contract.

We are pleased to announce that Dale Tonge has signed a contract to remain on the first team coaching staff, after such an impressive tenure working with Head Coach, Daniel Stendel resulting in promotion last season.

The Barnsley-born 34-year-old has signed a contract at Barnsley Football Club, leaving his role as Lead Youth Development Phase Coach and becoming a permanent member of the first team coaching staff.

Tonge’s first game assisting Stendel was the 2-1 victory over Rochdale at Oakwell in January. A further 11 wins until the end of the campaign cemented the Reds’ place in next season’s Sky Bet Championship, finishing second in a highly-competitive league, securing automatic promotion at the first time of asking.

After signing a contract to remain with his hometown club, Tonge told barnsleyfc.co.uk: “Yeah I’m buzzing. It was always going to get done, the Gaffer told me he was happy with what we were doing and how we were working together, so after a quick holiday at the end of the season I was back in the office and able to get this signed, as well as working on plenty of different things for next season.

“I love the club, it was an honour to play for Barnsley and to still be involved now on the coaching staff is what I always wanted when I finished my playing days. We’ve felt a massive high from promotion and we have rightfully enjoyed it, now it is time to continue the progress and see where next season takes us.”

In further additions to the backroom set-up at Oakwell, Jordan Foster will join as First Team Sport Scientist, to assist Head of Sports Science Luke Dopson. Also, Nathan Kirby strengthens the analysis department with his arrival at the club after a successful internship during 2018/19. 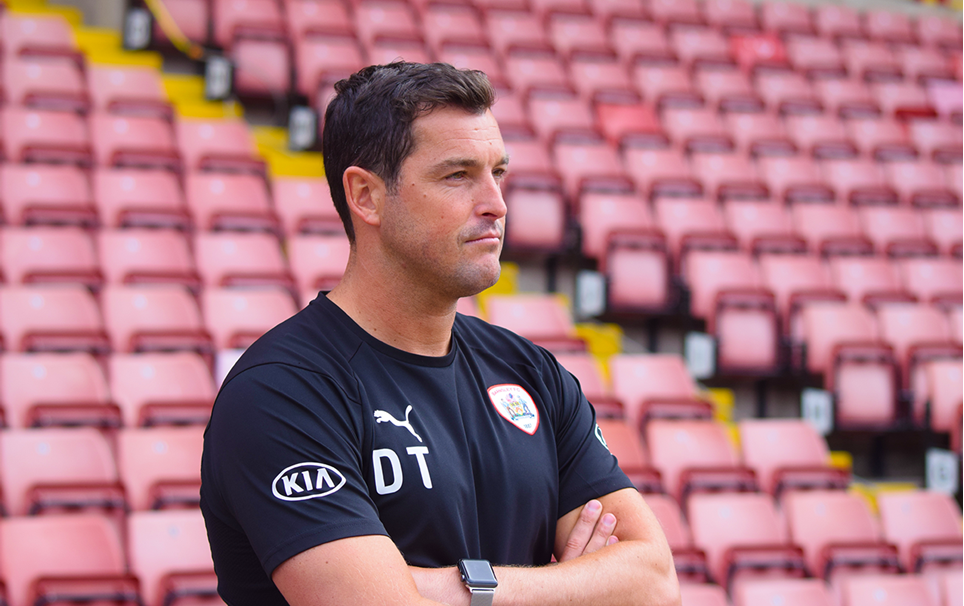 Tonge: "It's a new challenge for all of us."


After Dale Tonge agreed a new deal with Barnsley Football Club, the now full-time First Team Coach sat down with us to discuss the season ahead as the Reds get set for a Sky Bet Championship return.