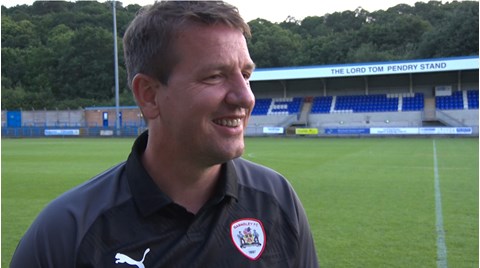 A first-half demolition from the free-scoring Reds, with an additional goal in the second half saw Barnsley pick up a comfortable win on their first pre-season outing.

Alex Mowatt began the scoring in style, picking the ball up on the left-wing after a lovely move which saw most the team involved. The central midfielder was fed by Mamadou Thiam, after midfield partner and captain for the night Cameron McGeehan sprayed the ball wide. Upon receiving the pass, Mowatt delicately chipped the home side’s ‘keeper and found the far corner.

Shortly afterwards, Cauley Woodrow began where he finished last season by netting a quick fire double. The first was from the penalty spot after Jordan Williams went on a silky run – and was subsequently brought down – with the Reds’ number nine sending the goalie the wrong way. His second followed quickly, this time smashing home a powerful effort which cannoned in off the crossbar.

That goal made it three, but with the first half coming to a close, Jordan Green will argue that he scored the showpiece goal. The tricky winger had been busy all half, but as he cut in from the left onto his right foot and unleashed a rocket, he got his deserved goal which flew into the top corner.

With many changes made for the second half, it was a young Barnsley side featuring multiple academy players making their debuts, along with some of the seven new signings that joined the club this summer.

The home side looked to try and get back in the game but were never really given much opportunity to do so. Luke Thomas - one half time introduction – was looking lively, along with fellow sub George Miller. The two caused problem after problem to the home side’s defence but neither could find the net, only the upright.

It was Miller who did play a big part in the fifth and final goal of the match, breaking down the left and cutting it across the box for the classy Callum Styles to fire home with bodies around him.

Chances were still coming, but that was the end of the goals. Daniel Stendel was serenaded from the sideline by plenty of watching Barnsley fans who as always, were loud and turned up in numbers to support their side. 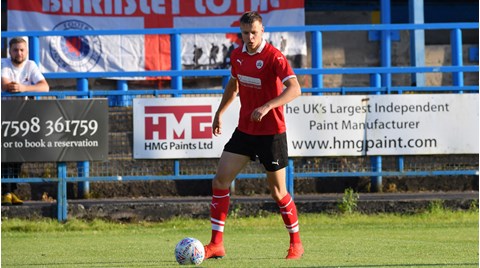