Cauley Woodrow believes Saturday’s victory against Rochdale was all about picking up the three points.

The Reds fell behind early in the second half but Woodrow’s strike 15 minutes from time saw Daniel Stendel’s side take all three points and move up to 3rd place in Sky Bet League One.

Woodrow admitted that it wasn’t the Reds' best performance of the season, but the striker was happy to help his side get the right result.

“I don’t think we performed our best at all,” Woodrow told us, post match.

“Individually and as a team we were nowhere near the level we can be at, but it’s important that we got the result in the end and we are just
delighted to come out with three points.” 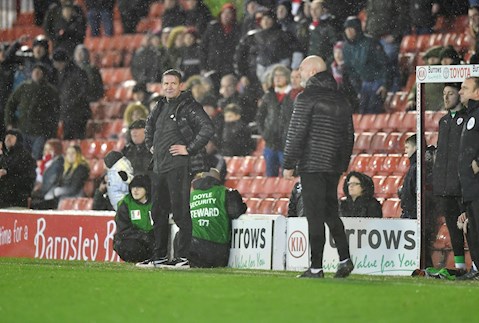 Having been matched for much of the game by Keith Hill’s Rochdale side, the Reds found themselves one goal behind. However, they got the equaliser within five minutes and from then on, they had a foothold in the game.

Woodrow said: “I think their goal probably woke us up a little bit. Our first goal was finished well by Kieffer (Moore) and from then on, we started to move the ball around better and came out with the right result.

“We’ve got the quality throughout this team and when the gaffer changed some things at half time, we came out in the second half and managed to win the game.”