The young Reds showed resilience and dynamic, attacking flair against the Professional Development League high-fliers to pick up their third win in five games.

“We looked really well-organised out of possession, the lads worked really hard and we were solid so they found it difficult to break us down,”said Devaney. “I think they had one shot on goal, maybe, if that, and we’ve made an ex-Manchester United goalkeeper work three or four times. So, in terms of the boys’ progression it was a really good performance.

“Burnley are a Premier League team and the boys dealt with everything they threw at them. We were probably the better team in and out of possession – to a man, as individuals, and as a unit. Before the game I spoke about the team coming first; the badge on your shirt comes first, and they all showed that in abundance so it was really pleasing.”

Romal Palmer’s ninth minute header proved to be decisive for Barnsley, who are now five points clear of Hull City at the foot of the table.

Confidence is high within the squad following a number of impressive displays in recent weeks – particularly given how young the average age of the side is.

“We had four under 18s in the squad today – I think last week against Birmingham we had five,”continued Devaney. “The bench was really young as well, they were all under 18s, so it’s good in terms of their development that we can come up against these teams with the quality they’ve got and the money they spend and outperform them.

“We’ve got a little break and we’ll have a couple of trialists come in to look at them. Then we’ve got a friendly game against Middlesbrough next week and then back-to-back games against Hull. That’ll be tough because they’re near us, points-wise, in the table. But they’re two winnable games and hopefully we can beat them.”

That sentiment was echoed by Elvis Otim, who was instrumental at the heart of midfield for the young Reds as they kept a free-scoring Clarets side at bay. 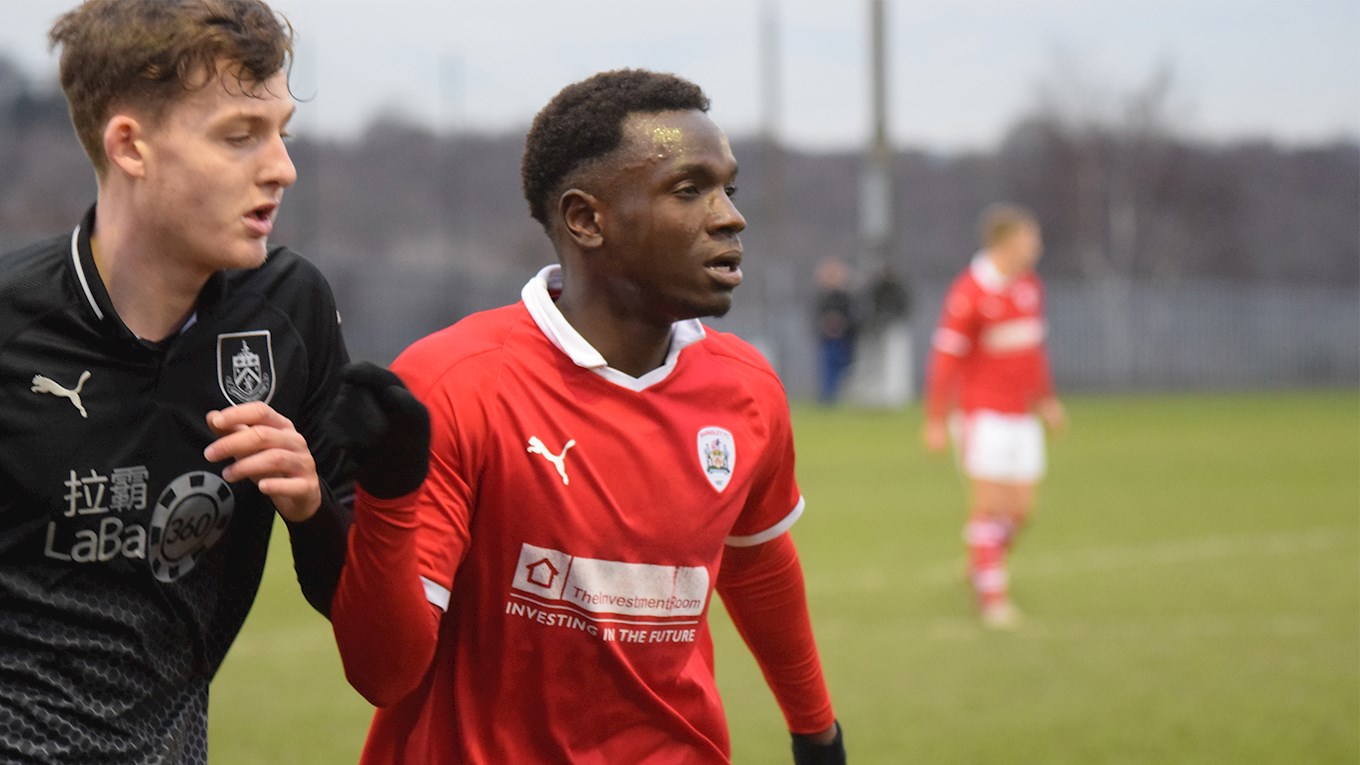 The Tigers have won just once in eight games – a surprise 2-0 win against Bolton Wanderers – and have lost the other seven.

“We’re looking to pick up points and we were looking to get nine points out of these games, starting with Burnley – so that’s three ticked off,”insisted Otim. “We want six more against Hull.

The young midfield maestro also reserved special praise for teammate Palmer who, aside from his winning goal, tormented the Burnley defence with a number of lung-busting runs from deep.

“He makes my job easier for me because all I have to do is get the ball back and just give it to him because he’s got the quality to win the game for us, like he did against Burnley,”continued the 20-year-old.

“We know that if we stick to what we can do best that we have enough quality in the top third of the pitch to get a win.

“It starts from Kieran up front; if he works it makes the job easier for the defenders to keep organised and communication was good.”