Barnsley continued their fine form over the festive period at Kenilworth Road and are now five games unbeaten following a run of fixtures that saw them face four promotion rivals.

The Reds could even have returned to South Yorkshire with all three points after creating a number of goal scoring opportunities against the Hatters, with Cauley Woodrow hitting the post in the opening exchanges.

“I think it was a result that was OK for both teams,” admitted Stendel. “In the first half we were the better team and in the second half Luton were; we had the better chances but didn’t score. I am very proud of my team and there is a good atmosphere now, and we have a lot of chances to win games.

“If we’d gone 1-0 in front, I think we’d have won this game, but we didn’t have the luck to score. I’m satisfied with the performance and with the point. We want to win, but we have a point and next week we’ll go again.”

As well as maintaining a strong unbeaten run, Barnsley kept a third clean sheet in four games – their eleventh of the Sky Bet League One campaign so far.

The Reds also boast the best defensive record in the division with just 22 goals conceded in 25 outings, and Stendel insists it is a team effort.

Up next for Barnsley is a trip to Lancashire as attention turns to our Emirates FA Cup third round tie with Premier League Burnley.

However, after that encounter, the Reds have a run of fixtures against teams in the bottom half of the table and will be looking to gather momentum heading into the final stages of the season.

“This was my first time playing football over Christmas and I think we have done well to pick up these points,” said Stendel. “We are in the top six and the next few games is a good chance for us to pick up more points and attack the top two.

“I said it to the players, in the last weeks after the three games we didn’t win, we came back with good performances against top teams. There is a new atmosphere in the squad and we have a good team spirit and togetherness; this is important when you have targets for the future.”

You can watch Daniel’s full post-match reaction on iFollow Barnsley. 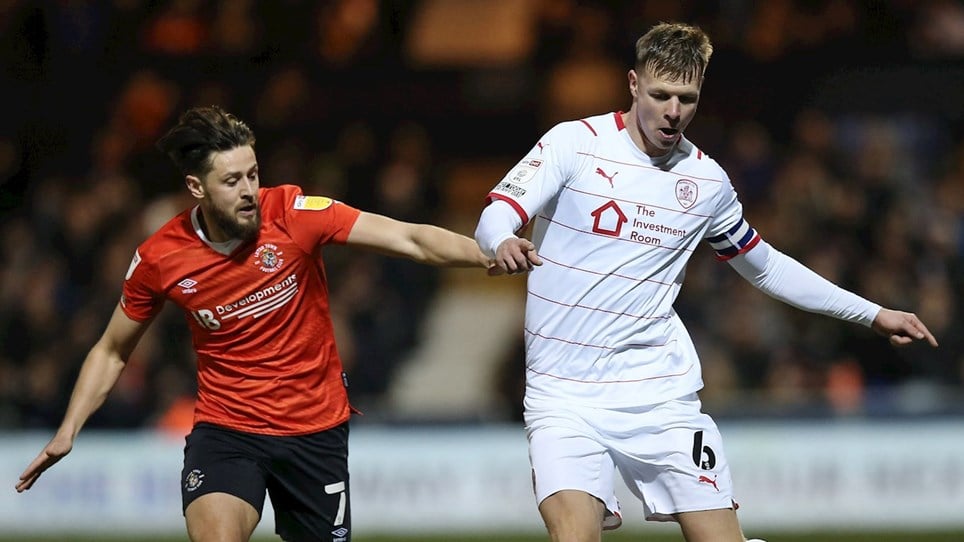