A Barnsley supporter since he was first taken to Oakwell as a young child by his Uncle Ernest back in the 1950’s, Patrick Cryne became in 2003 what he described as the club’s ‘buyer of last resort’ as Barnsley Football Club faced the threat of going out of business.

During his tenure as owner of the club, the Reds reached two successful playoff finals, three trips to Wembley including the first time Barnsley won a cup competition at the home of English football and produced or developed many outstanding talents through the Reds' Academy.

Diagnosed with cancer soon after the Reds’ successful double-Wembley trip of 2016, a blow felt throughout the club, Patrick ploughed on and worked hard in his final months to secure responsible buyers, new owners of his beloved football club.

As the supporters flag decrees when describing the efforts of Patrick and club founder, Tiverton Preedy - ‘One Made Us / One Saved Us’.

A year ago today, Mr Patrick Cryne passed away. His memory lives on. 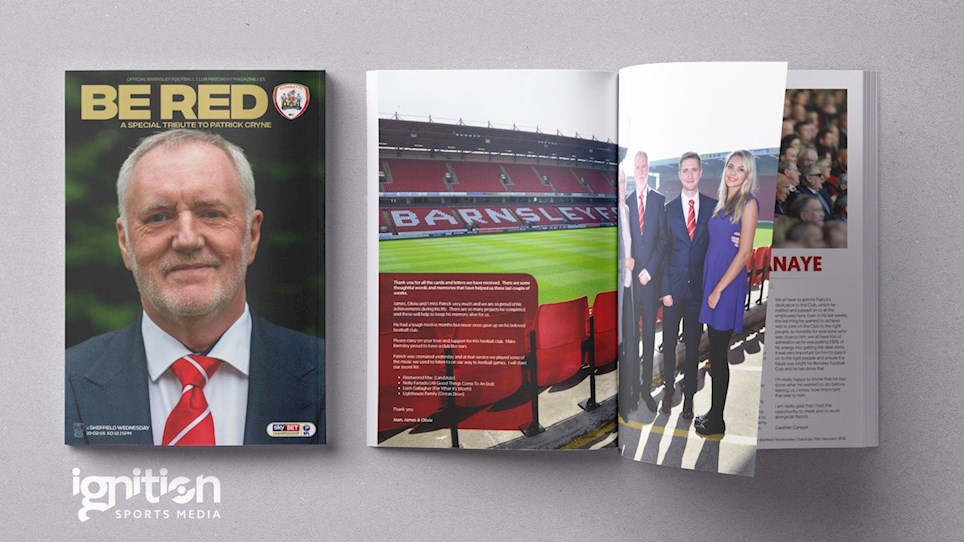 Saturday's edition of BE RED is available online


Our dedicated, 100-page Patrick Cryne issue of the official matchday magazine saw huge sales on Saturday, but we do have copies available online.

BE RED Vs Sheffield Wednesday


Here's what we have coming up for you in this weekend's special edition of our official matchday magazine.. 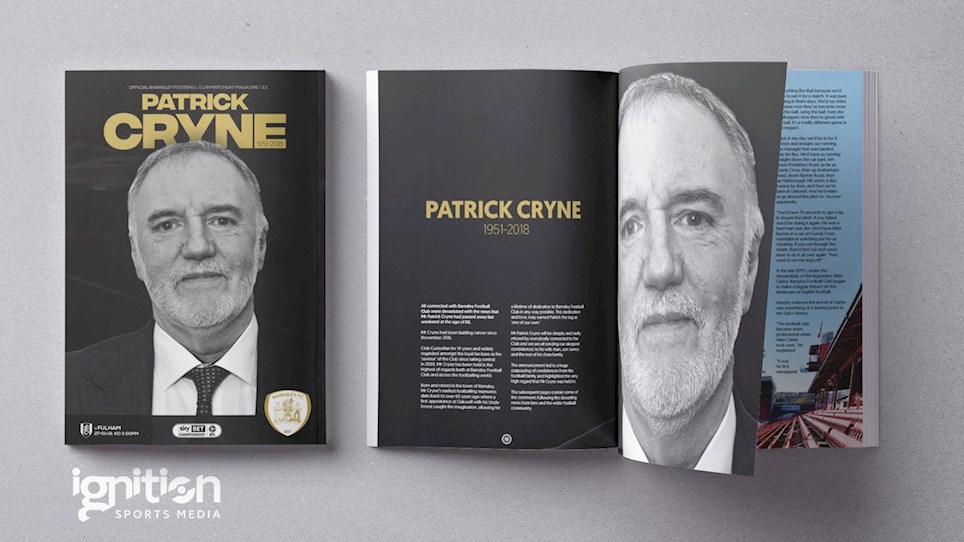 BE RED vs Fulham


This weekend's official matchday magazine is dedicated to the late, great Patrick Cryne.


Missing football? So are we.

Writing Competition: Why I Love Football


You've read Roxy's tale of 'winning the cup', now it's Ryan's turn to tell you why he loves football!


The Premier League, EFL and PFA met today and discussed the growing seriousness of the COVID-19 pandemic.

NHS - We Support You


To all NHS and ‘key’ workers, we are with you.