Barnsley Football Club are delighted to announce that local up and coming band, The Rosadocs, will be headlining the pre-match entertainment at Oakwell ahead of the Sky Bet League One fixture against Sunderland on March 12th.

In a first for the Club, The Rosadocs will perform live to the Oakwell crowd in the lead up to kick-off in what promises to be a massive fixture.

Since releasing their debut single in June 2017, the band have gone from strength to strength, supporting ‘The Sherlocks’ at the O2 Academy, before recently announcing they were headlining the same venue in their own right.

The four band members, Keelan, Joe, Adam and Callum describe themselves as an Indie/Alt Rock band, with influences ranging from the 60s all the way to the present day and are looking forward to March 12th.

“I’ve been coming to Oakwell for years and dreamed of pulling a Barnsley shirt on, representing my town. I now feel that I’ll be able to fulfil this ambition and I honestly can’t wait.

"It’s a massive gig for us. To perform in-front of thousands of people is a real honour. We’re local lads and we hope to get you bouncing pre-match!”

Rob Zuk, Finance and Operations Director at Barnsley FC added, “This is a first for us and as a Club, we’re delighted to add an element to the match day experience.

"I hope this announcement will be well received by supporters and they enjoy the live performance on the evening.”

Tickets for the visit of Sunderland on Tuesday March 12th (7.45pm kick-off), remain available to all supporters from the Reds Superstore, over the phone on 01126 211 182 and online by CLICKING HERE. 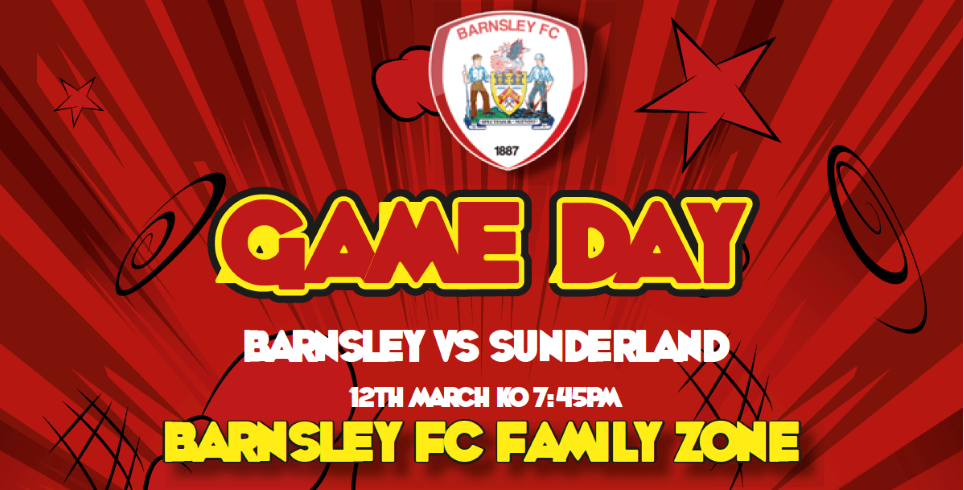 
Open from 6.30pm and based in the Investment Room East Stand Upper, the Family Zone is the best place for young children to sit and experience the match.