The Reds are quickly back to work on home soil with Tuesday's visit of Burton Albion, and we've got it covered with our big match preview.

After yet another success at the weekend - a 2-1 win over Wycombe Wanderers - Barnsley extended their unbeaten run to 12 games.

Saturday's victory also made it six Oakwell wins on the spin. 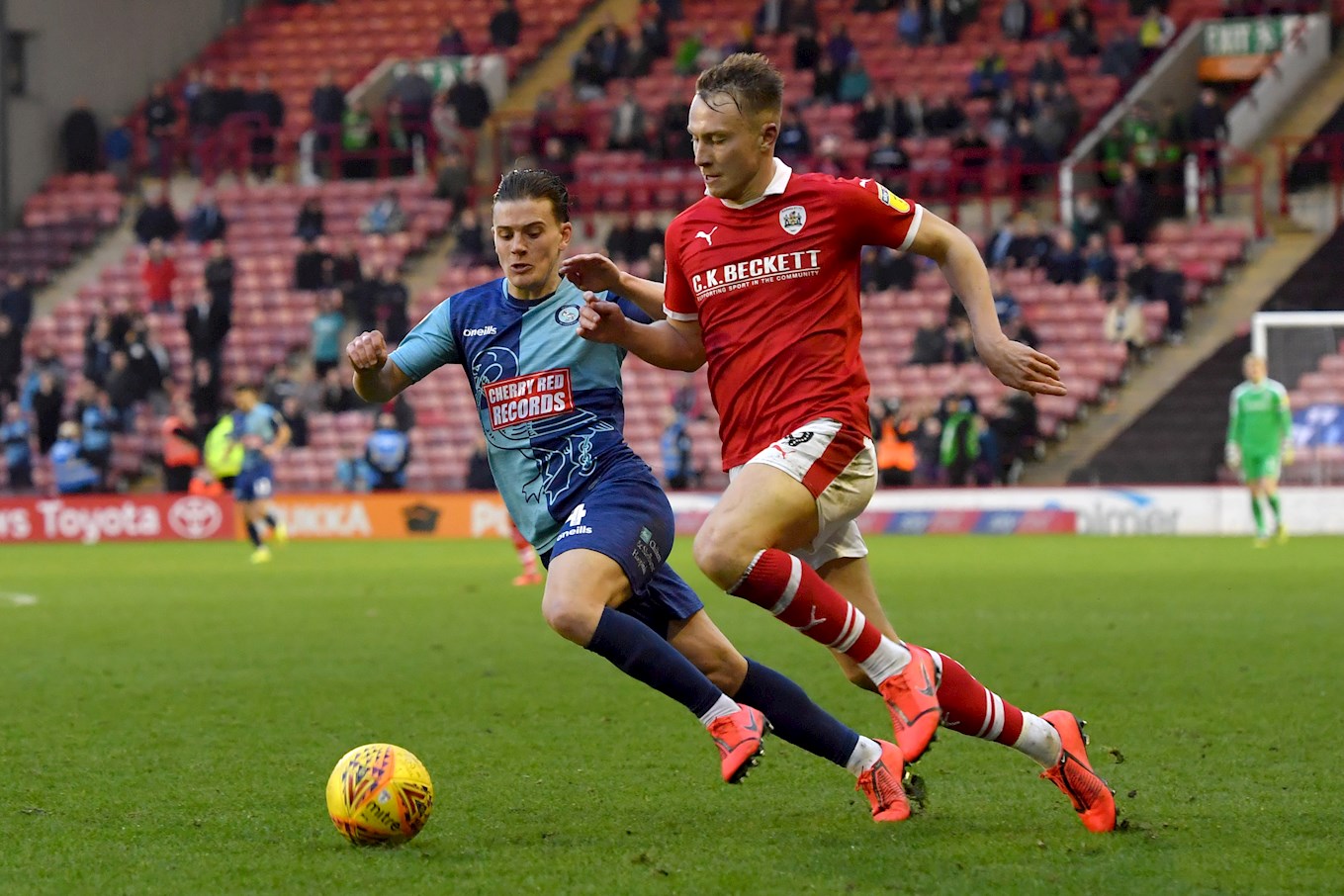 That was the striker's 13th goal since arriving at Oakwell last summer.

Tuesday night's fixture was originally meant to be played back in September of last year. It was abandoned following a medical emergency just prior to kick-off which saw long-serving matchday volunteer Stephen Croft airlifted to hospital after suffering a cardiac arrest.

Mr Croft will be our special guest on Tuesday night, leading the teams out before the match gets underway and we have plenty of fundraising events going on around the stadium.

Our visitors from Burton come into the fixture off the back of four points from their last two away outings.

Nigel Clough's side were relegated alongside the Reds last season on an agonizing final day.

Sitting 12th in the Sky Bet League One table at present, the Brewers will need to start picking up regular victories if they're to make a late push for immediate promotion back to the second tier.

Assistant Coach Dale Tonge and Reds youngster Jacob Brown were on press duty ahead of the game, and you can watch both of their pre-match press conference videos over on iFollow Barnsley.

Burton picked up their first ever victory against the Reds in their last encounter in February last year, ending a run of six games without a win in all competitions (D3 L3).

Barnsley have won nine of their last 11 League One games scoring 24 goals along the way, including at least two in each of the last seven matches.

Since losing three consecutive away league games at the end of 2018, Burton have remained unbeaten in their five trips of 2019 (W2 D3).

This will be the eighth meeting between the two sides. Our first ever clash was in November of 2014 when the Reds thumped Albion 5-0 in an FA Cup tie.

We have LIVE coverage from Oakwell via the Match Centre on iFollow Barnsley.

As a midweek fixture, live streaming is available with full audio commentary for UK and overseas customers.