Recent signing George Miller has been awarded the EFL Young Player of the Month award for December 2018, following a string of standout performances in front of goal for loan-club Bradford City.

The Bantams won three out of their four Sky Bet League One fixtures in the month, scoring 13 goals in the process to boost their survival hopes, and Miller was on target four times in front of goal to help his side.

On receiving the award Miller said: “December was a really good month for me and the team. We won three out of four games which was important and personally I scored a few goals and got a few assists. I was really happy with how I played in December."

Having started his career at hometown club Bury, the 20 year old got a transfer to Championship club Middlesbrough in 2017, however struggled to break into the first team and never made a professional appearance for Tony Pulis’ side.

After various loan spells, Miller signed for Bradford City on a season-long loan at the start of the 2018/19 season in the search for more first team football.

“I had a good season with Bury a couple of years ago and I got the move to Middlesbrough, but I know how competitive it is to get into their first team and I probably wasn’t going to get that chance so I wanted to get out on loan and play my football.

“Bradford City is a great club, it’s a big club for League One, we play in front of 20,000 fans every week and I thought that was a great opportunity and learning experience for me."

He continued: “Of course it was difficult leaving Bury because they’re my hometown club, it’s where I grew up and I was playing for them.

"I was very much in my comfort zone there, I knew everyone I knew the club but there comes a time you have to step out of that and moving to Middlesbrough and trying new things has improved me as a person and as a player definitely."

Miller has caught the headlines recently, attracting interest in the January transfer window, eventually earning his permanent move to Oakwell, and he believes his form is largely down to Bradford City’s style of play and manager David Hopkin who appears to be getting the best out of the young forward.

“Since the gaffer came in here the intensity of day to day training has increased and it takes it’s toll on your body, but I’ve taken it in my stride and you just have to get used to it. When you’re doing well it’s easy, you’re buzzing every week. It’s when you’re not doing as well it’s harder but that’s part and parcel of the game.

“The formation we’re playing here suits me, it’s how I want to play. I get more license to run in the channels and that’s how I enjoy playing football. I’m not the most technical player but you’ve got to play to your strengths and this formation allows me to do that.

New for the 2018/19 season, all contenders for the EFL Young Player of the Month award have to be a Club Developed player, which is defined as a player who has been registered with the relevant club for a minimum of 12 months prior to the end of his Under-19 season.

Miller has had numerous loan spells in his short career so far but has highlighted the loans as a big step forward in his development, especially with the competition to break into Middlesbrough’s first team. In the recent January transfer window the 20-year-old made the switch to Barnsley, however he will remain on loan at Bradford City for the rest of the season to continue his development and hopefully help the West Yorkshire side stay in the division.

“It’s always hard knowing what you’re next move is going to be.

"I had to move to come and play here at Bradford, I moved my life and made sacrifices but I love it here. I’m playing week in week out, in competitive games in front of fans. I get a real buzz out of it and every time I go out there I know there’s something on the line, it’s brilliant.

“For me there’s nothing better than competitive first team games,” he continued.

"I love training, we train every day but you can’t really count it as development. Going out there on a Saturday or a Tuesday is the most important thing, playing with and against experienced professionals. You learn the most in your younger years and Bradford City is giving me the platform to do that." 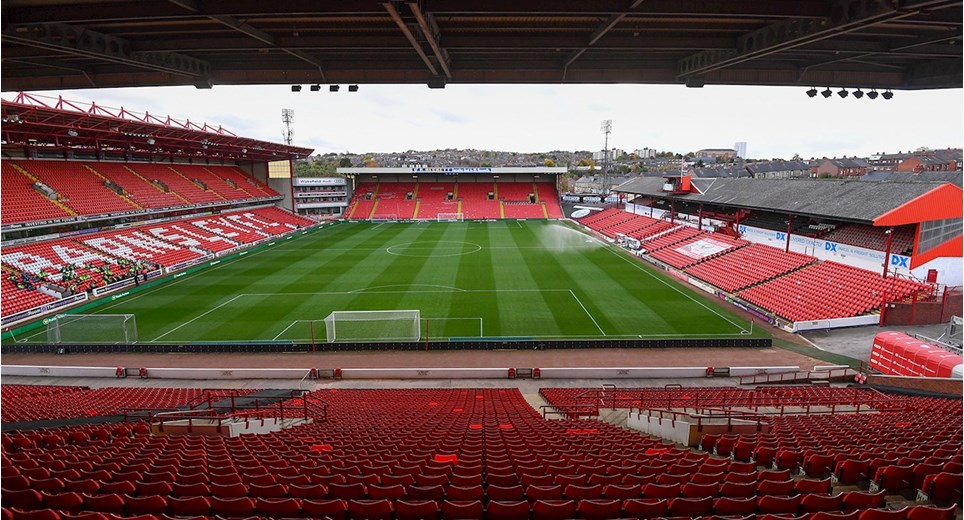 
The FA, Premier League and EFL are together introducing new measures in an effort to underline the importance of a safe matchday environment.