The Reds are back on home soil this weekend as they welcome Scunthorpe United to Oakwell in Sky Bet League One, and here's your big match preview.

On Tuesday night, Barnsley extended their unbeaten league run to nine games, the best sequence of its kind for 14 years. 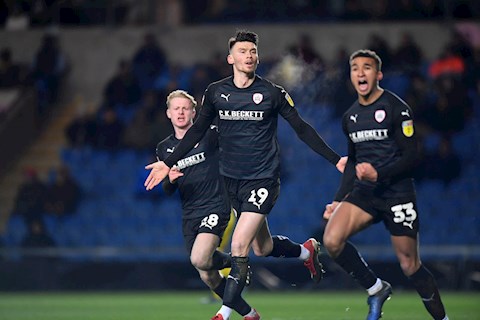 Coming from two goals down away at Oxford United to grab a 2-2 draw and what could prove to be a vital point on the road, Daniel Stendel's young side closed the gap on the two automatic promotion spots in the process. 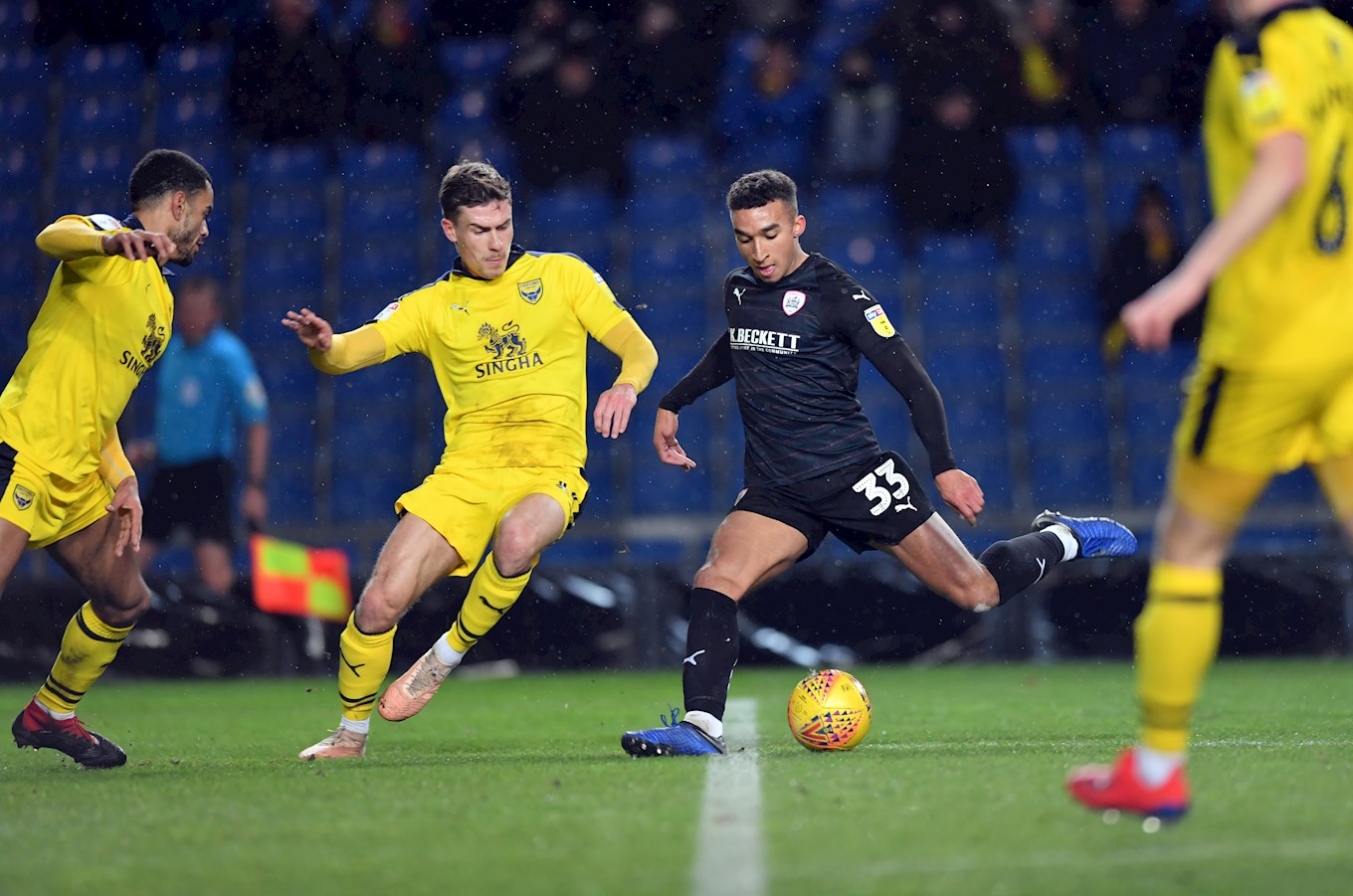 Just a point behind second-placed Portsmouth now, this weekend the Reds are visited by the only club in the division whose current form can rival Barnsley's.

The upwardly-mobile Scunthorpe United are enjoying a mid-season renaissance of sorts under the guidance of Stuart McCall.

You have to go back to Boxing Day for The Iron's last defeat in Sky Bet League One. That was a 2-0 defeat against top-of-the-table Luton Town at Glanford Park.

Their form since then sees them with five wins and a draw (against high-flying Sunderland).

'Scunny' are currently 14th in the table after 30 games, with 37 points. It's unlikely that they'll be able to make up such a big deficit and force a late charge for the playoffs, but as we know only too well ourselves, it's not impossible. 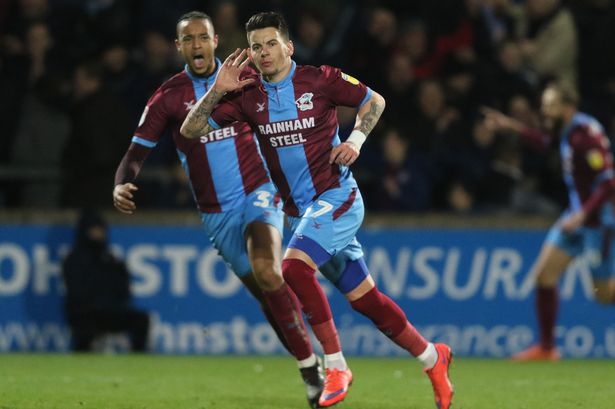 A busy club in the January transfer window, United added plenty of experience to their ranks last month.

Their recent addition of Adam Hammill will be of interest to Reds supporters. A modern-day legend of Oakwell, the 31-year-old winger returns to his old stomping ground having signed an 18-month deal with the Iron.

He scored a spectacular equaliser on his debut against Sunderland and made his first start in their victory at Fleetwood last time out. 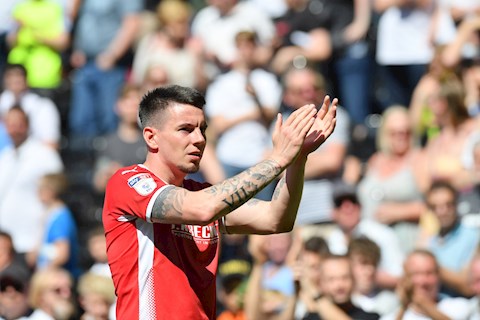 When speaking to Scunthorpe's official website, the mercurial Hammill told of his excitement at returning to S71.

"I’m excited by the prospect of the fixture," Adam admitted.

"It’ll be nice to go back to Oakwell and see some familiar faces. However, as soon as I get across that white line and step onto the pitch, it’s business as usual. I hope that by 4:55pm, we will be showering away, with the three points in the bag."

Former Scotland international and Bradford City legend, McCall has been in charge of United since late-August last year.

Having been harshly dismissed by Bradford in February 2018 with the Bantams sitting in the playoffs, he had six months out of the game before pitching up at Scunthorpe. 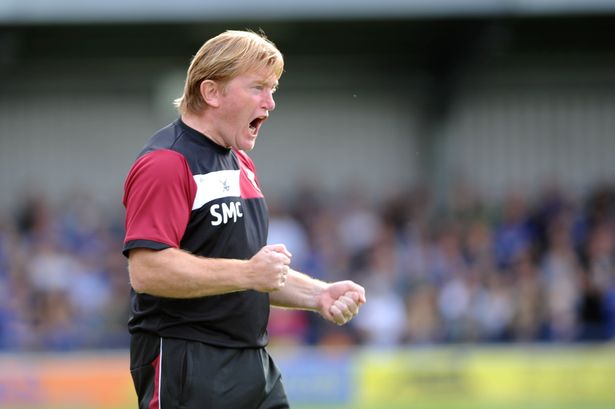 McCall had an outstanding playing career, a top-flight regular with Everton in the 1980's before a spell of continual success at Glasgow Rangers followed.

Capped 40 times by Scotland, the 54-year-old has had success in his managerial career with the likes of Motherwell who he guided to a Champions League place after finishing 3rd in the SPL back in 2012.

Head Coach, Daniel Stendel and full back Dimitri Cavaré were on press duty ahead of this weekend's fixture and you can watch both of their pre-match press conference videos over on iFollow Barnsley.

There have been 43 previous meetings and the Reds edge that record slightly with 19 victories to Scunthorpe's 16. 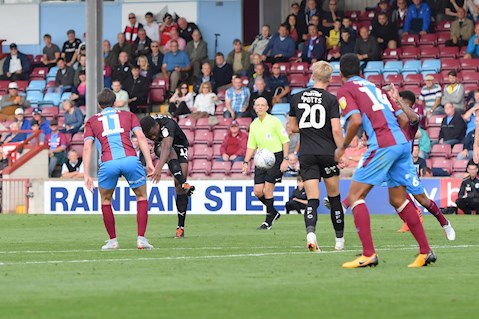 Our last meeting was of course the dramatic 2-2 draw at Glanford Park in August, where Cavaré's late screamer grabbed Barnsley a point.

The first time the sides met was back in April of 1954 when Scunthorpe smashed the Reds 6-0 in Division Three (North).

As ever, we will be bringing you LIVE and uninterrupted coverage on iFollow Barnsley from just before 3pm, so be sure to check out the Match Centre!


Barnsley travel to Stoke City on Wednesday evening looking to build on their hard-earned point against Sky Bet Championship leaders Bristol City at the weekend.


Barnsley U23s are back in action on Tuesday afternoon as they host Colchester United at the Oakwell Training Ground.


The Reds will be looking for repeat success on Teesside this weekend in order to kick-start their Sky Bet Championship campaign.