The Reds made it 12 games unbeaten with a 2-1 victory over Wycombe Wanderers at Oakwell on Saturday. A goal in each half from Cauley Woodrow was enough to secure all three points for Daniel Stendel’s side.

Wycombe were the last side to beat Barnsley in the league and Bähre believes this inspired his teammates: “Away in Wycombe was a difficult game and we knew that today it could be similair." The German told the press, post-match.

“They defended well and sat deep which made it difficult for us. We showed good character to break them down today and again we proved that we can beat anyone in this league.” 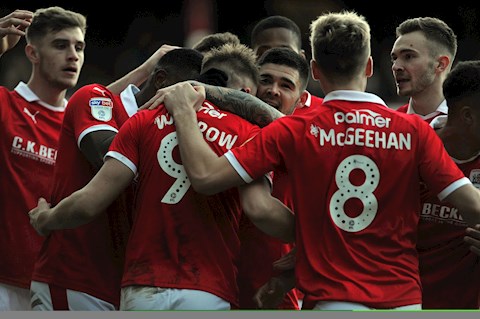 This latest victory sees the Reds remain 2nd in Sky Bet League One, with a five-point gap now separating them and 3rd place Portsmouth. However, Bähre stressed that the team are ready to push on for more: “The coach motivates us to not settle for our current position and everyone in the squad wants to carry on achieving.”

“It’s a good thing that everyone is still hungry for more and maybe now we can set our goal on trying to reach first place.”

Bähre replaced the injured Kieffer Moore in the starting XI, and after a superb performance he was quick to look ahead to how he can help the side for the rest of the season.

He explained, saying: “All the attacking players are working hard to score or assist more goals and hopefully I can get my first goal in the league soon.”

The Reds now face Burton at Oakwell on Tuesday night before making the long trip to promotion-chasing Portsmouth on Saturday.