Barnsley U23s were held to a 1-1 draw by Hull City in their final Professional Development League game of 2019.

The young Reds took an early lead through Sam Fielding, but Jon Beale’s side levelled late in the first half through Ahmed Salam.

It was Tigers' goalkeeper David Robson who proved to be the difference though, as he saved Fielding’s penalty after Andy Smith had been dismissed for deliberate handball.

The visitors started brightly at the East Riding FA and had a couple of half chance to open the scoring though a series of wicked deliveries into the area from wide positions.

But when Fielding took aim from distance, his low drive took a deflection and found its way into the bottom corner to give Barnsley a deserved ninth minute lead.

Chris Sang and Tommy Willard caused the hosts plenty of problems as they frequently exploited the channels and whipped dangerous balls into the box, only for Hull to continuously clear their lines.

Alex Wollerton and Jordan Barnett both fired high and wide from decent positions before Hull snatched a goal against the run of play when Salam latched onto a through ball from James Berry to casually dink home.

Chances were few and far between for large parts of the second half, with the quagmire of a pitch not aiding either team – particularly Barnsley – in their slick passing play.

It didn’t seem to deter the Reds, however, as they continued to pour forward in search of an elusive winner, and they were handed a lifeline when Smith stuck out his arm to block Sang’s goalbound effort.

The City defender was ultimately dismissed by referee David Jones, but Fielding was unable to convert from 12-yards as Robson plunged to his left to parry his spot-kick.

Devaney opted to inject energy from the bench in the form of U18s starlets Aiden Marsh and Charlie Winfield, and their fresh legs seemed to give his side a much-needed boost.

From Winfield’s cross, Harry Gagen couldn’t quite divert his header home, although a combination of an awkward bounce and a touch from Robson made it difficult for the young full-back to adjust.

Then, after Marsh had been hacked down, Barnett curled a delightful free-kick into the mix but Romal Palmer powered a header just over the bar as the Reds settled for a point. 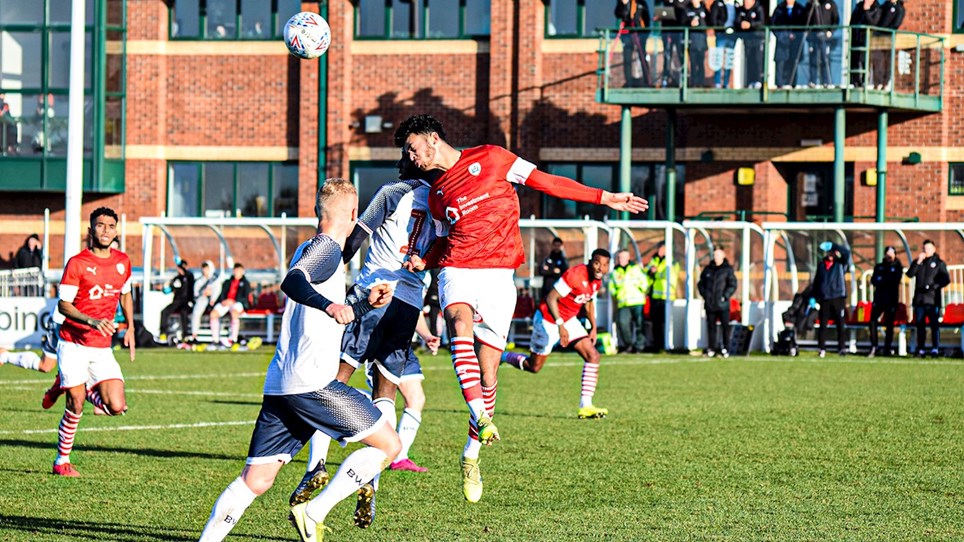 
Following his impressive U23s debut against Sheffield United on Monday evening, Ethan Erhahon is aiming to go one better and secure his first Barnsley win on Friday afternoon.