Head Coach, Gerhard Struber was pleased with the mentality of his team after the Reds came back from a losing position to draw 1-1 with league leaders, West Bromwich Albion at Oakwell on Boxing Day.

A 90th minute equaliser from Aapo Halme secured the Reds a well-deserved point, after the Baggies had opened the scoring early on courtesy of Croatian midfielder Filip Krovinović.

The Finn’s third of the season, made it two last-gasp goals for Barnsley in the space of a week after Patrick Schmidt had bagged a winner in added time at Millwall last Saturday.

Struber has been impressed with the desire and the commitment of his players in the past couple of weeks, as the draw against West Brom saw the Reds go four consecutive matches unbeaten in the Sky Bet Championship.

Speaking after the game, the Austrian said: “I feel good and I’m very happy with our performance. I think we created a very good game against the best team in the league.

“We played a very disciplined match style and we created a lot of chances especially in the first half. At the moment, we have the right mentality to win games and never give up.

“This is a new situation in our minds for my players and I think this is what we have changed in the last weeks.

“From one side, we efficiently changed the match style and from the other side, we had the right character and the right mentality to win games.

“I am very happy with the performance, but in the end, normally, we have three points, but I am also happy to get a point against Albion.

“We created many good things in the first half, and I didn’t feel it was necessary to change more than one thing. In the end, we got the equaliser and that was very good for us. I am very happy with this performance and our mentality to change the result.”

The Reds have had a resurgent December so far, picking up a total of eight points from five matches.

The Christmas period has proved to be a strong time for Barnsley and Struber, who has been able to implement his style and philosophy into the players and onto the pitch.

The Head Coach hopes he can continue to showcase the ability of squad, as they enter the second half of the season.

He went on to say: “It is important that my boys believe in my plan and they believe in themselves to stay in this league. Our team is not like a relegation team, we are a very good team with the right quality and character that will help us stay up.

“I am very happy that we have made the right steps both on the ball and off the ball. We have a lot of work to do, but for now, I am happy with the performances and the progress we’ve made.

“In the next game, I hope we can continue this performance and this style. The next difficult task is waiting for us on Sunday against Swansea.

“I am very happy with my first experience on Boxing Day, I’m very happy with his point and now, we’ve made it not so easy for other teams to win at our Barnsley fortress. With this support from our fans, it is not simple for teams to come here and get a result.”

Next up for the Reds is a trip to Wales on Sunday, where they will face a high-flying Swansea side looking to cement their place in the play-offs.

However, with Barnsley in good form of late, Struber believes his team will be able to go to the Liberty Stadium and put in a resilient display against a team currently sat in 8th.

Speaking ahead of that encounter, the Head Coach added: “Swansea play a little similar to West Brom.

“I think this is a small advantage for us in the preparation for this game and I hope that we can create a flexible situation and conserve this performance on Sunday to make it not a simple task for Swansea against us.” 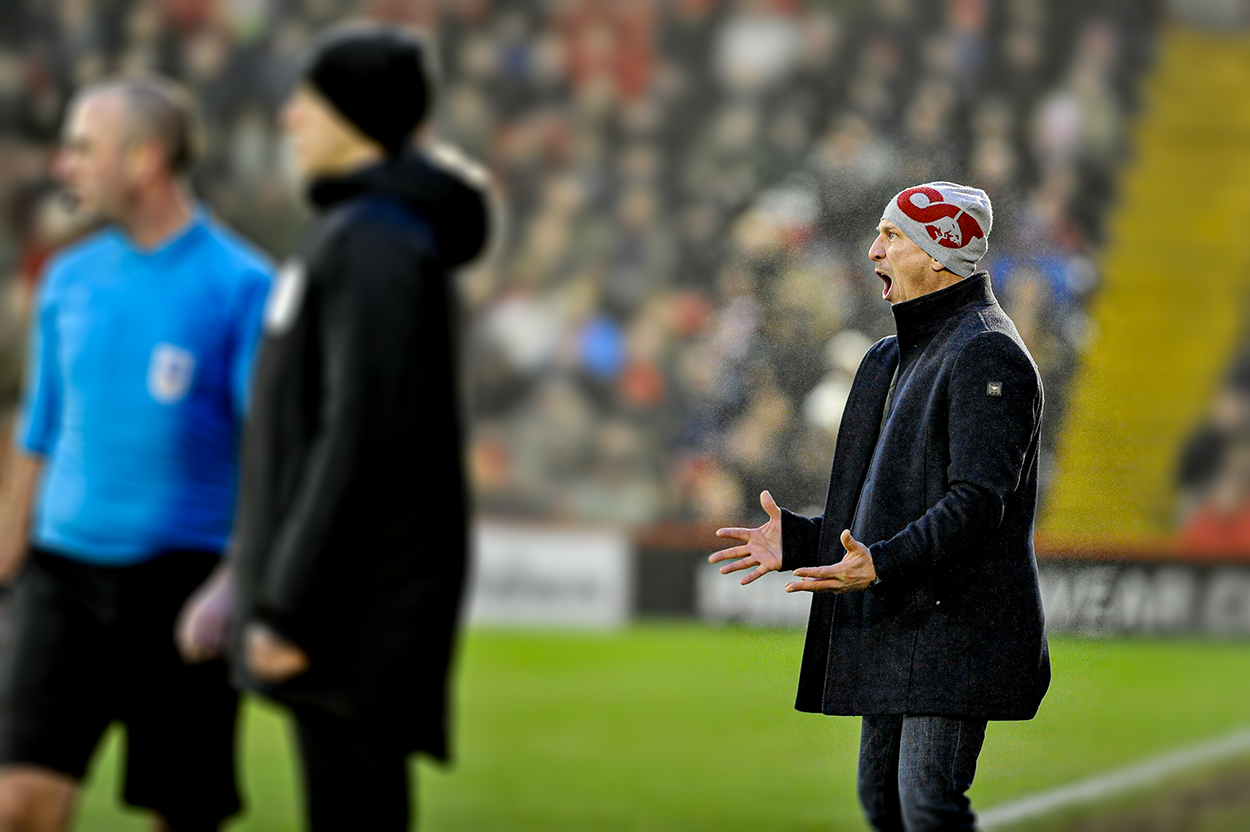