Following a disappointing 3-2 away defeat to Cardiff City, the Reds will be hoping to get back on track, in the first of two back-to-back home games at Oakwell this week, starting with the visit of Reading on Wednesday night.

Lee Tomlin’s last-gasp winner in the fourth minute of added time, snatched victory for the Bluebirds at the Cardiff City Stadium on Saturday, leaving Barnsley still stuck to the bottom of the table and in search of a much-needed win.

However, after beating Hull City in Gerhard Struber’s first home game in charge, the Reds will be full of confidence back in front of the Barnsley faithful, as they go in search of their second win in a row on home soil.

As for fellow strugglers Reading, they are also caught up in the wrong end of the league standings, entering the match just three points above the relegation zone, after winning just two of their last five matches. 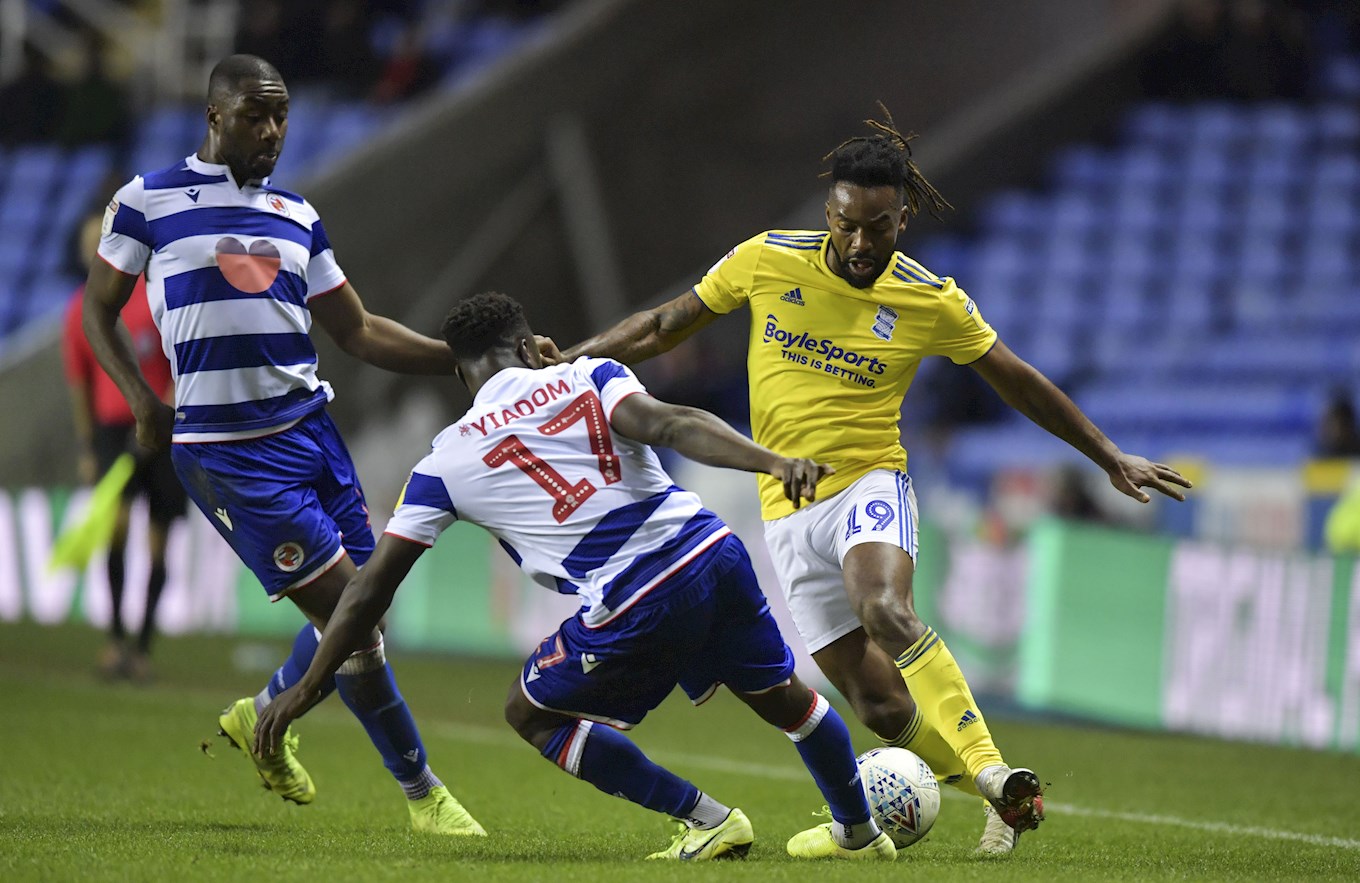 The Royals were involved in an equally exciting game on Saturday, as they found themselves also on the wrong end of a 3-2 scoreline, after being narrowly defeated at home by Birmingham City.

That fixture marked manager Mark Bowen’s eighth league game in charge of the Royals, in what has been a rather mixed start to his reign at the Madejski Stadium so far.

Bowen was brought in to replace the outgoing Portuguese manager José Gomes in the middle of October, and it's been up and then down for the 56-year-old, who has seen his side win four of his eight matches.

The Tilehurst End writer Jones believes establishing consistency will be key in how Reading’s season pans out under Bowen.

He told us: “Our fortunes have been quite mixed under Bowen. The real concern we had with his appointment is the fact that he hadn’t been a Head Coach at a senior professional club before.
“Although he worked closely with Mark Hughes, who has achieved a lot during his lengthy managerial career, making the jump from assistant manager to being the main man is a big ask.
“I think it would be wiser to judge his appointment in a month or two because it’s been a mixed set of results under him thus far.
“Considering his limited head coach experience, he’s doing reasonably well at the moment. Consistency and continuity will be key.”

Since Bowen’s appointment at Reading, the Royals have gone back to playing unconventional football, with a more direct, long ball approach, something the fans haven’t been all that used to seeing over recent years, as the route one tactic has been employed to help them grind out results in tight games.

“We’ve played 5-3-2 ever since Bowen’s appointment, as we look to tighten things up at the back.
“The main complaint that was made about former manager José Gomes was his unwillingness to go direct and win ugly.
“This has all changed under Mark Bowen. Our owners have always wanted to play an attractive style of football, but it hasn’t seemed to have paid dividends for the club. Expect to see us go direct on occasions when the short pass isn’t on.” 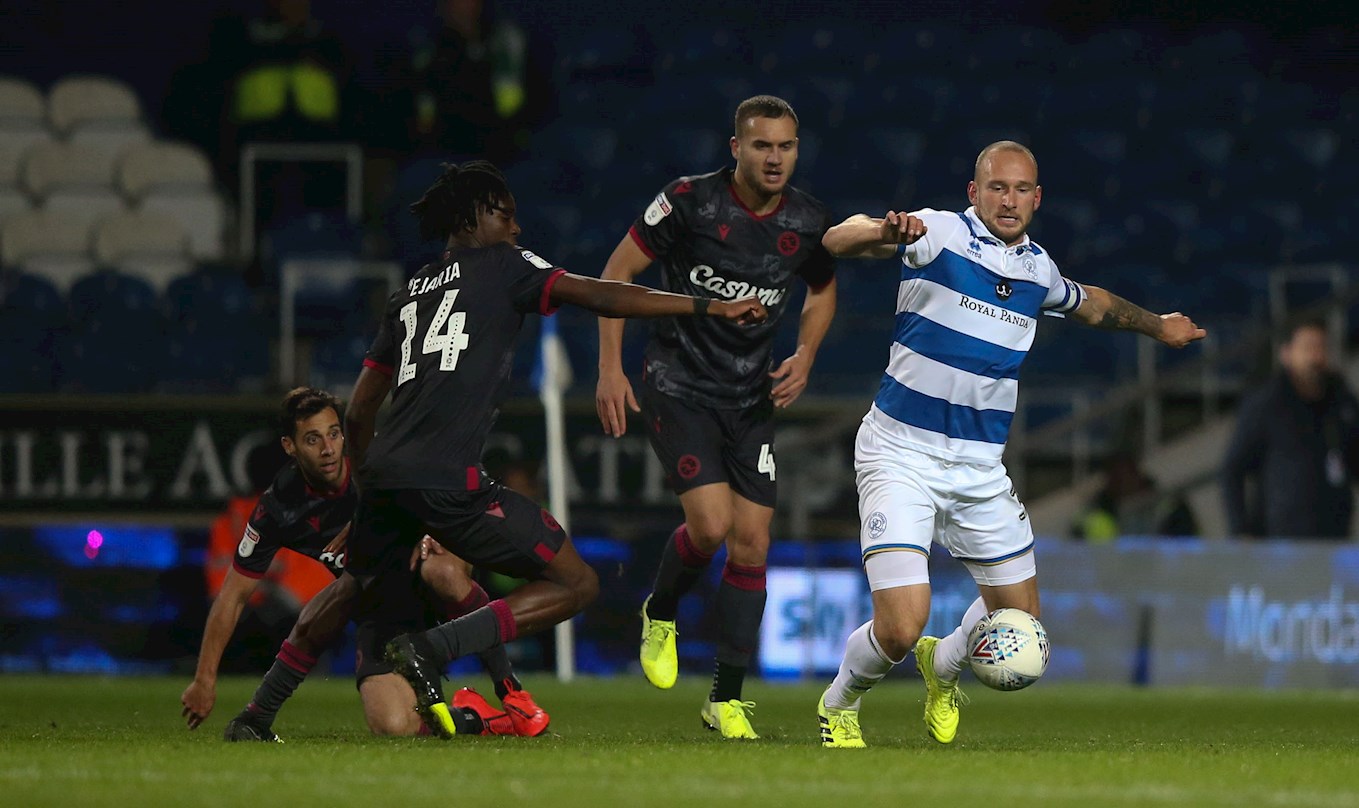 With that mind, Barnsley will have to be wary in the defensive areas of the pitch, so they don’t get caught off guard when Reading look to set their strikers in behind quickly.
Jones expects the Royals to come to Oakwell with a similar game plan on Wednesday, as they themselves look to return to winning ways.

“I have no doubt that the away side will be going out to win on Wednesday night. A Mark Bowen side will be competing for every ball and look to go forward at every opportunity.
“They need to bounce back after their 3-2 loss against Birmingham City at the weekend. The squad can’t afford to play for a draw, especially considering the fact that they are not too far away from the relegation zone themselves.
“However, A clash between two sides at the wrong end of the table is always going to be a tight one.
“Both sides have a great opportunity: Barnsley with their home advantage and Reading with the potential that they have, although the absence of John Swift may prove to be quite costly.
“Put it this way, I don’t go into this game with 100% confidence that the Royals will get the win, although this is a great opportunity for them to pick up some points.” 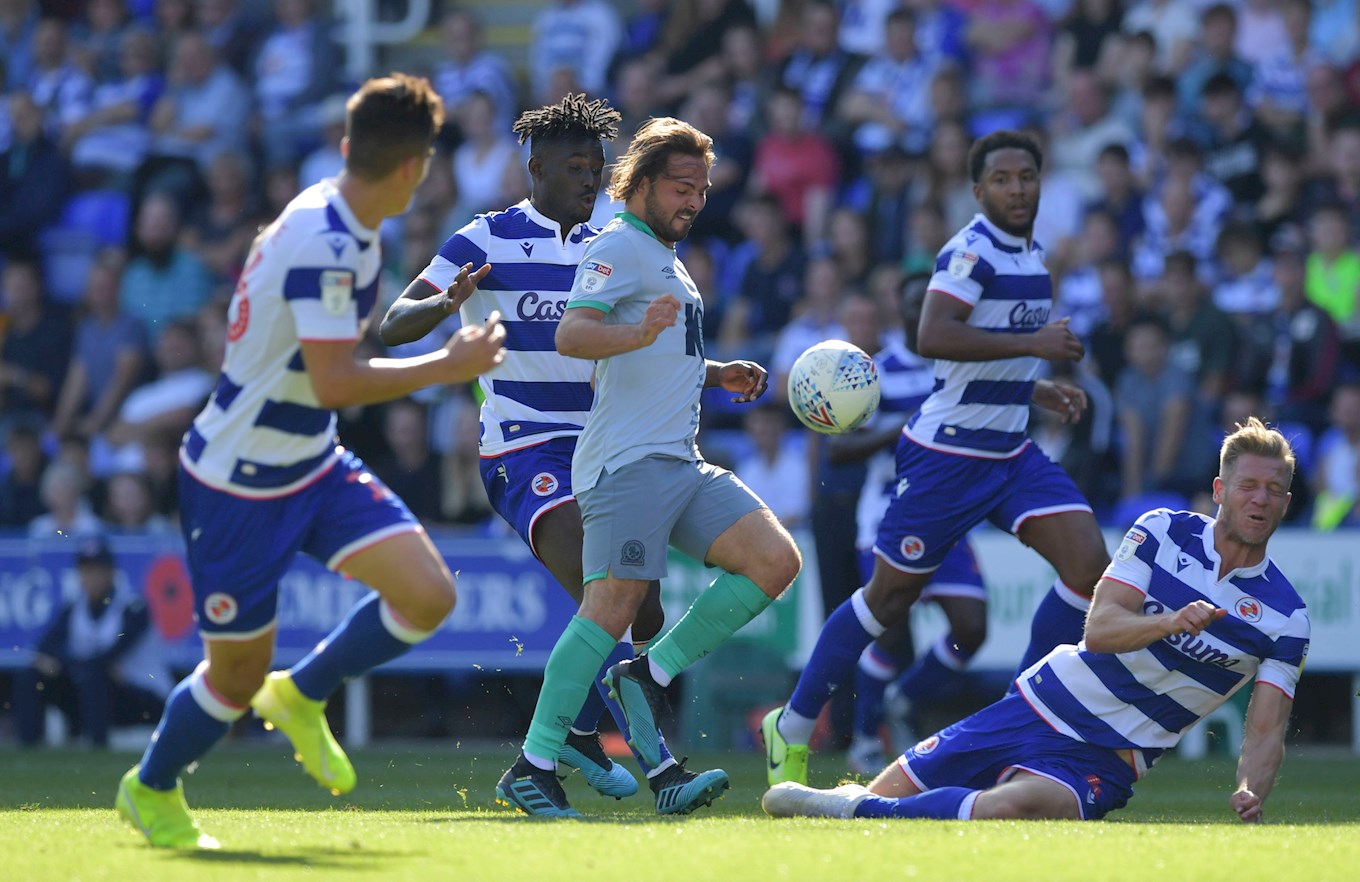 One of the reasons why Jones believes Reading may come unstuck against a Barnsley side looking to get themselves out of the drop zone, is because, on too many occasions this season, the Royals have looked slack in defence, especially down the flanks.

The Tilehurst End reporter says: “You look at the likes of Liam Moore, Matt Miazga and Michael Morrison and think: how can Championship forwards get the better of this trio?
“The way that Barnsley are most likely to have joy against Reading is on the wings. If you can pin Omar Richards and Andy Yiadom back deep in their own half, it will only allow Barnsley to apply more and more pressure.
“I’m convinced that we do often contribute to our own downfall – conceding sloppy goals. If we don’t perform to our potential, we could easily come unstuck against a home side looking for a much-needed win.”

On the other hand, the Royals have some real flair when it comes to attacking. With the likes of Lucas Joao and George Puscas, both big money buys in the summer and on-loan Liverpool midfielder Ovie Ejaria alongside long-serving John Swift, Reading, on their day can be force to be reckoned with.

“Ovie Ejaria has been a magician for the Royals this season. We always knew he was a good player from his loan spell with us back in the second half of the last campaign, but he’s taken his game to a whole new level.
“He’s missed the past couple of games through illness and injury, although he could return for the tie in midweek. Reading fans are keeping their fingers crossed that he’ll be available – there’s no doubt that he’s a game changer.
“John Swift has also been a key player for us this season, although he’s unlikely to be available on Wednesday.
“Keep an eye on George Puscas. Although he’s been inconsistent this season, he has the ability to strike at any time. When he does, he can devastate the opposition. Just ask Wigan Athletic – a hat-trick in under five minutes at the DW Stadium a couple of weeks ago was so important for us.” 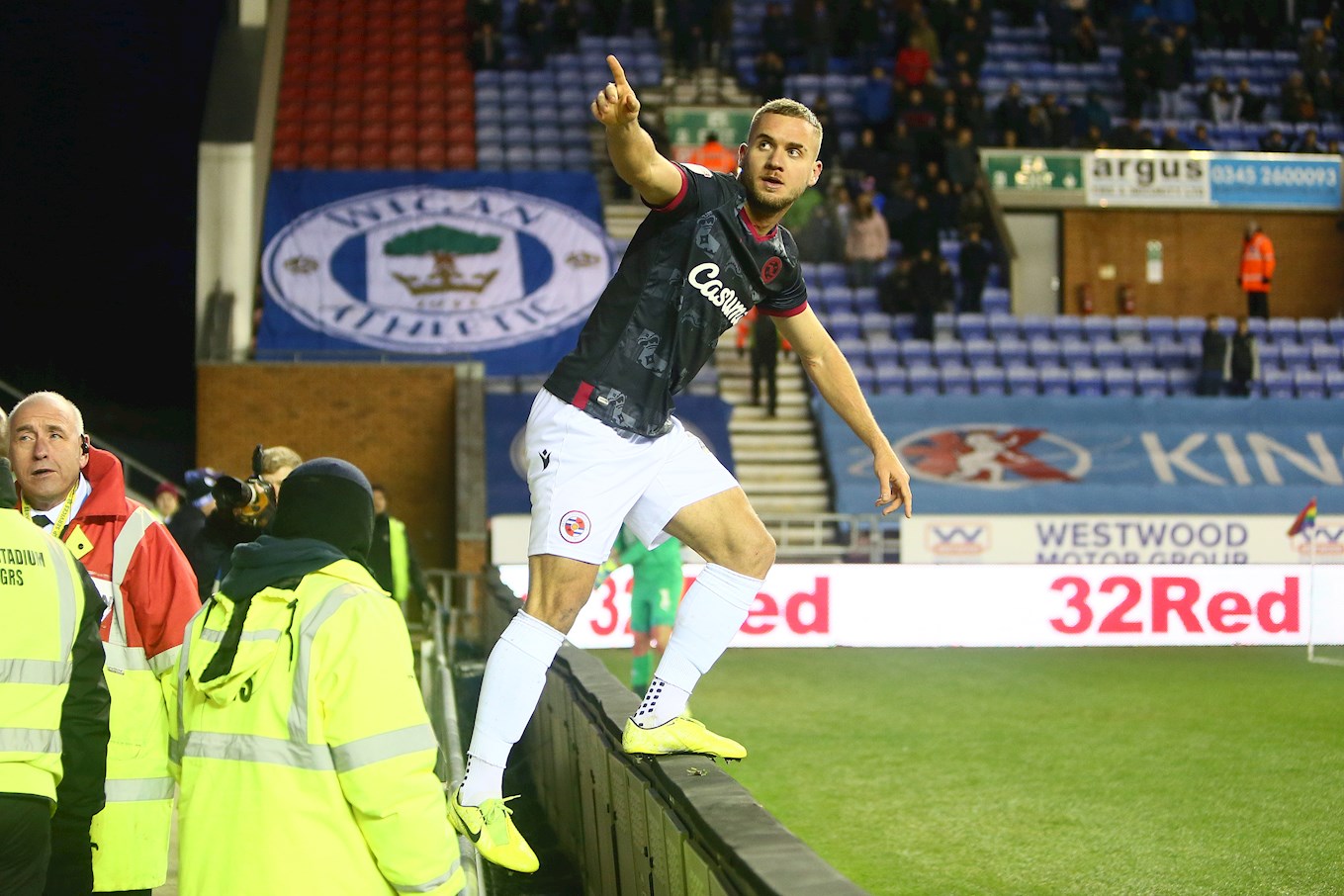 Jones also highlighted striker Sam Baldock as another player who could influence proceedings for the Royals, after the frontman has done well in establishing himself as a key performer under Mark Bowen.

“Sam Baldock has gone from being frozen out of the first team to being one of Reading’s key players when fit. Now that we’re playing two up front under Mark Bowen, this gave the forward a real chance to stake his claim for a place in the first team.
“This is a chance that he’s taken with both hands. His work both on and off the ball has allowed us to dig out the wins that have been needed under Mark Bowen.”

Speaking about the general feeling around Reading and the Madejski at the moment, Jones added: “It’s quite hard to judge. I think the majority of fans are willing to give Bowen a chance after making a promising start as manager.
“Despite this, as a club we are always looking over our shoulders. Realistic Reading fans aren’t asking for much – they just want a comfortable midtable finish that would give us the platform to go on and stop our decline in recent years.”

Finally, looking ahead to the matchup between Barnsley and Reading on Wednesday night, Jones said: “As I said in my preview for The Tilehurst End, I think it’s going to be quite a tight game.
“It will probably start off quite cagey, with two sides who will be desperate not to concede early on. Reading need to respond after a disappointing loss at the weekend and I’m going to go with a 1-1 draw.” 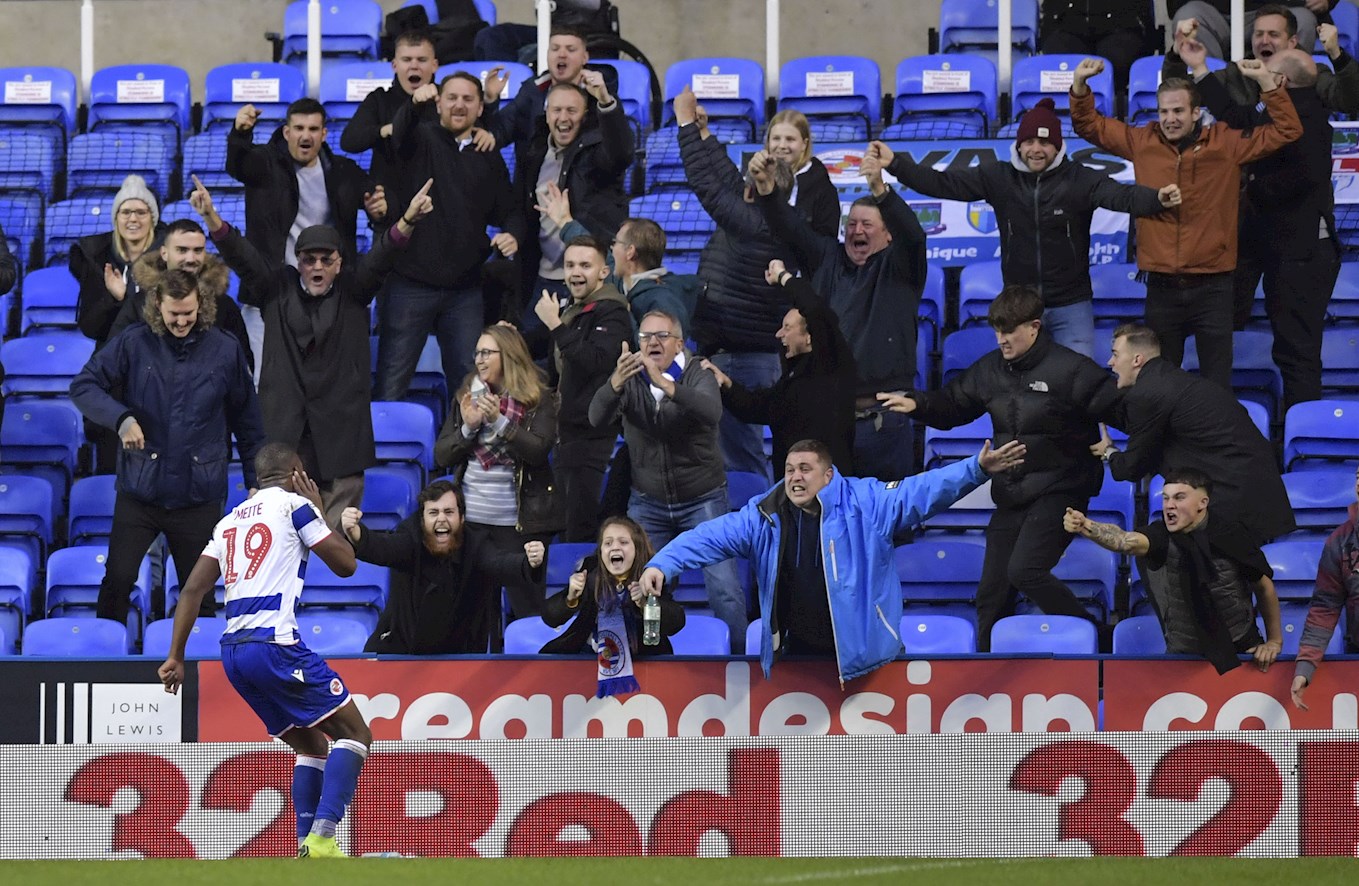 
Speaking after the loss at Reading on Saturday, Michał Helik insists that the Reds’ performance warranted a better outcome.


This afternoon's lineups as the Reds take on the Royals...