Barnsley are back in action this weekend with a visit to the capital in their final game before Christmas - here's the preview.

The Reds have really stepped things up at Oakwell since the arrival of Head Coach, Gerhard Struber with seven points from a possible nine.

There have been promising performances on the road too, with only late goals at Blackburn Rovers and Cardiff City denying Struber's side vital away points, as the Reds' search for a first victory on their travels moves on now to Millwall. 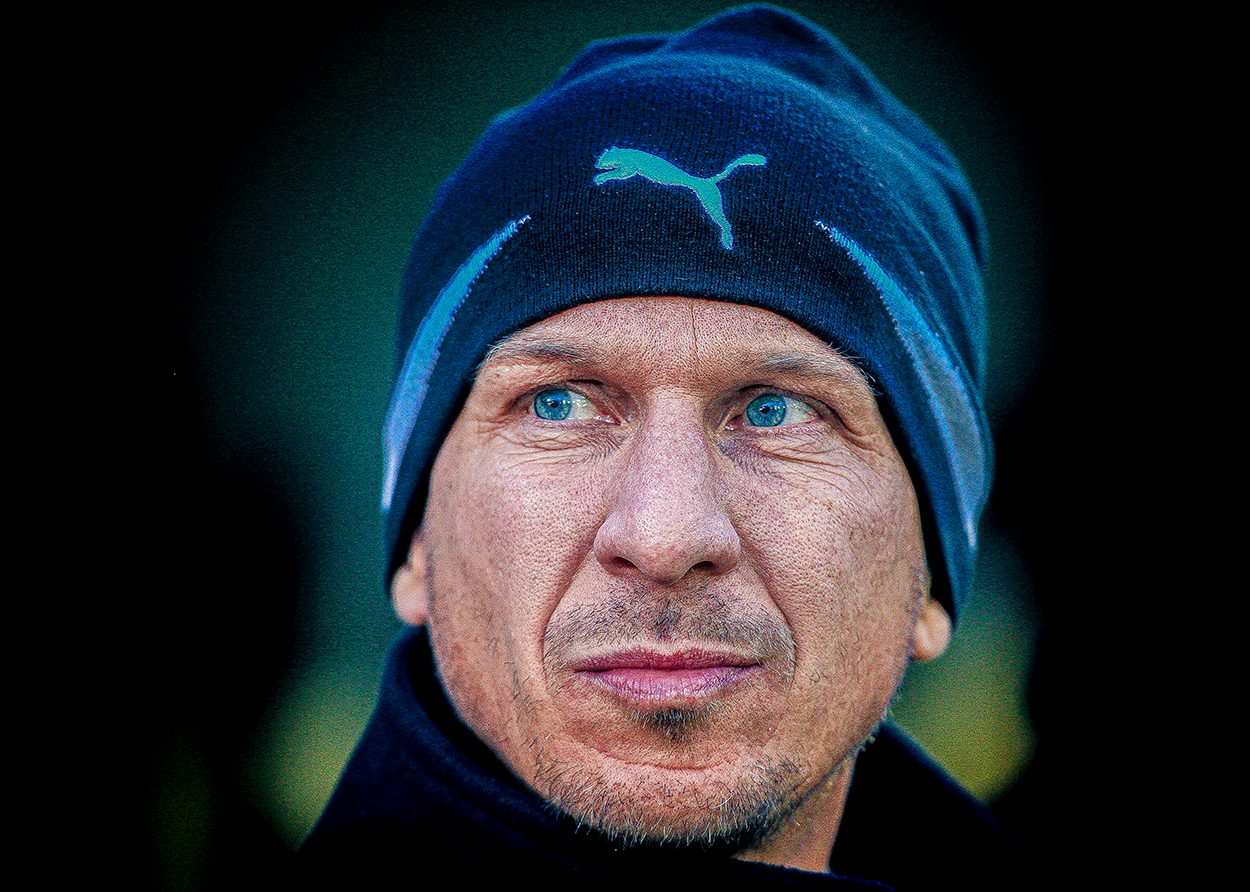 But the players ought to be going into Saturday's trip to The Den in good spirits after last weekend's thumping of Queens Park Rangers on home soil.

A Conor Chaplin hat-trick saw him make it six goals in his last six appearances, with Cauley Woodrow bagging his 9th of the season from the penalty spot and defender Bambo Diaby helping himself to his first goal for the club. 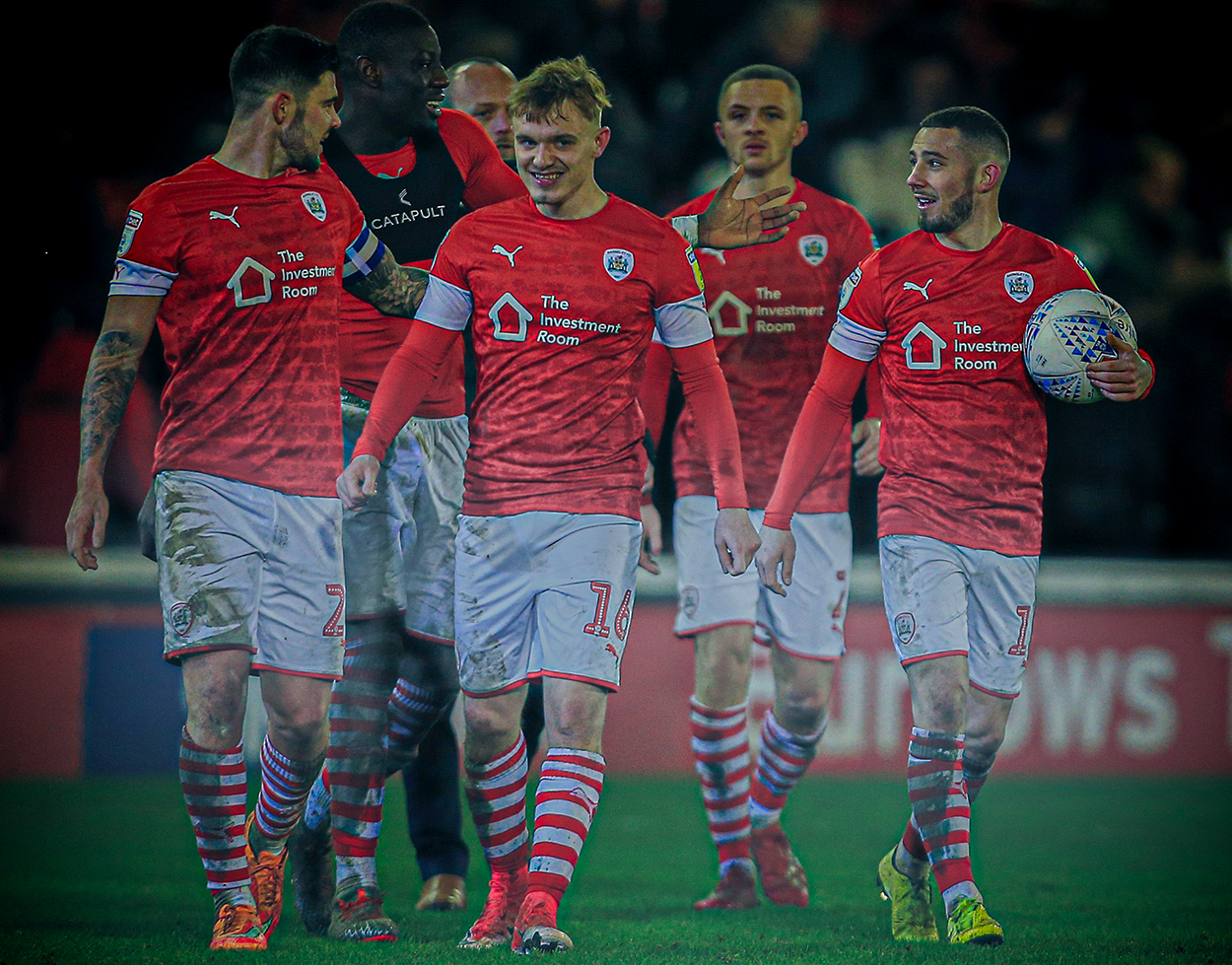 The result saw the Reds reduce the gap from safety to just four points, but they do remain bottom of the Sky Bet Championship table.

Ahead of the Lions clash, both Gerhard and defender Jordan Williams met the press in midweek and you can get their thoughts on the trip to Millwall by watching their pre-match press conference videos on iFollow Barnsley by clicking the linked videos below.

Our hosts are unbeaten in their last seven league games and are fresh off the back of consecutive victories on the road at Derby County and Bristol City.

Under Gary Rowett, the Lions are currently 11th in the table and just two points off the playoff places, despite many tipping Millwall for another season of struggle. 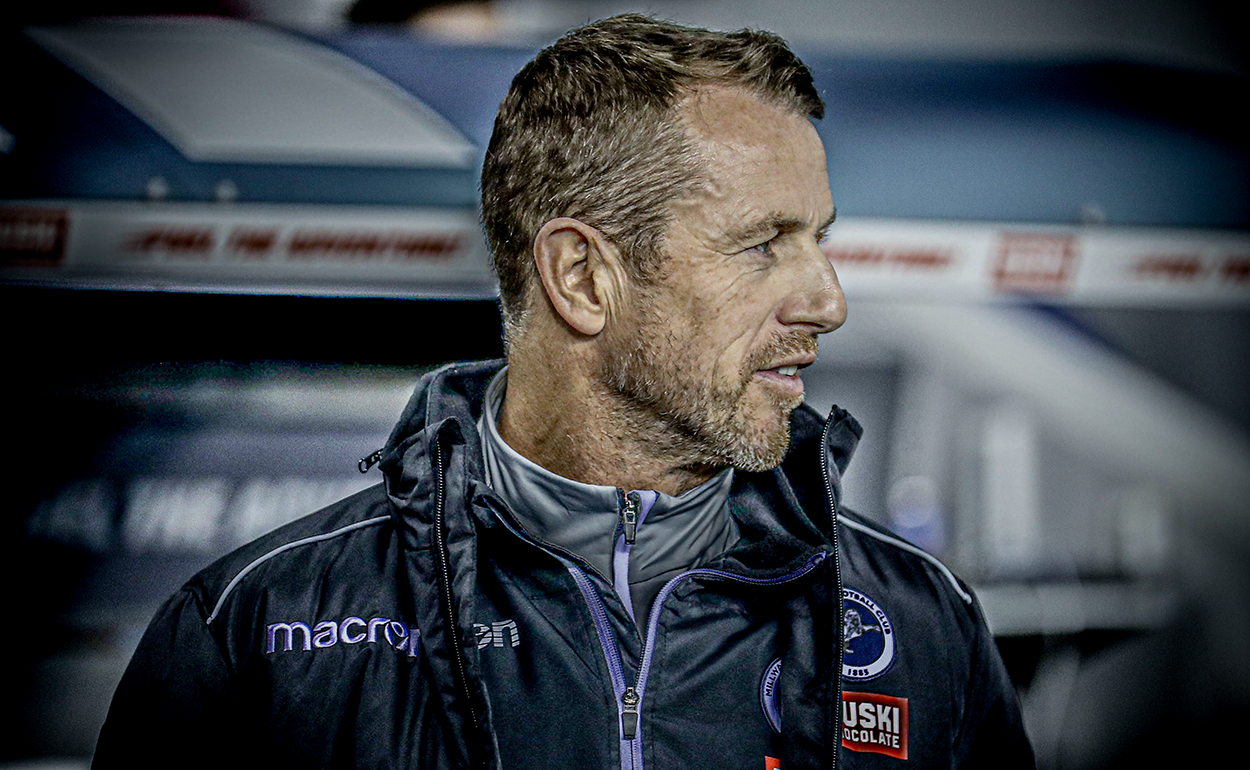 You have to go back to mid-September for their last home defeat and they are one of just three sides to have beaten Leeds United this term.

The Lions have a couple of familiar faces in their squad. Former Reds striker Tom Bradshaw scored the winner at Pride Park last weekend and will be expecting to lead the line in this one. And former Reds defender Jason McCarthy is now a Lion, having left Wycombe Wanderers in the summer, however, the popular full-back is currently out with a foot injury. 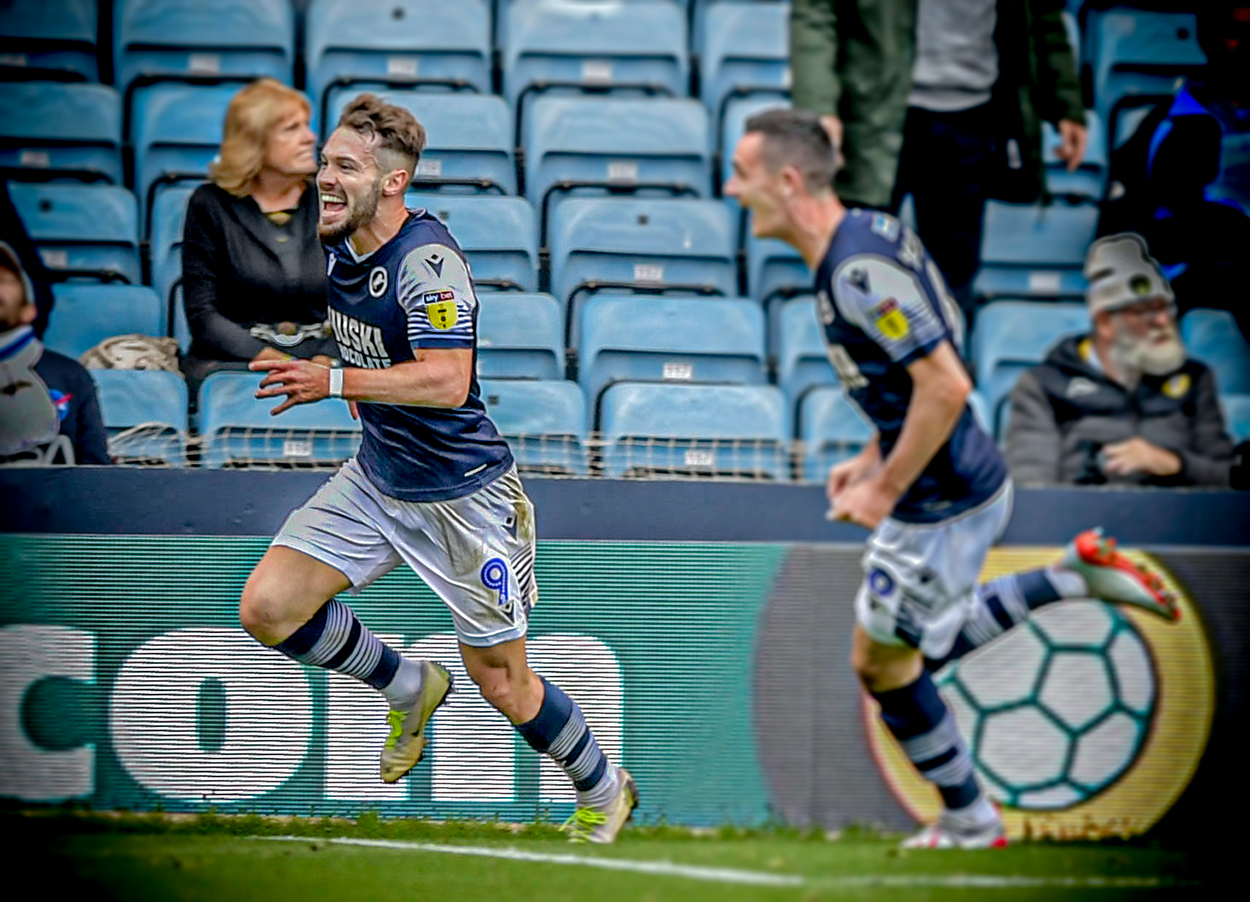 Historically speaking, this is a fixture in which the Reds have their share of good memories, none more so than the 2016 Sky Bet League One PlayOff final victory.

But in league terms, the Reds won at The Den on their last visit, when a Mamadou Thiam penalty and a Tom Bradshaw brace saw us to a 3-1 victory. 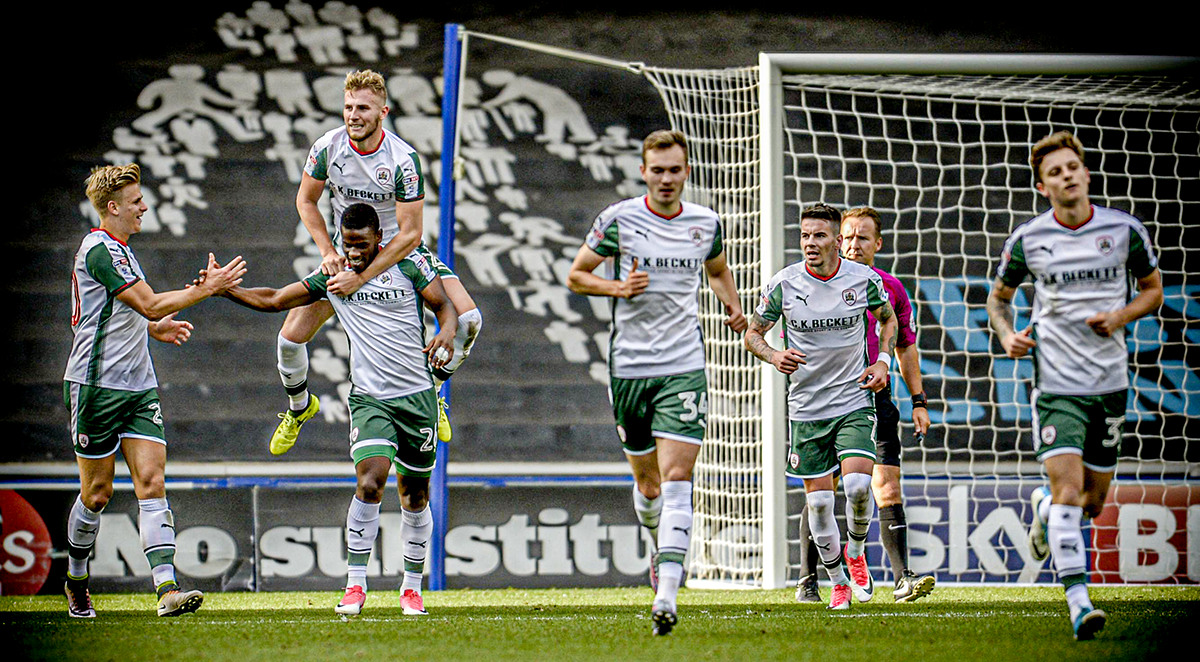 There was a 3-2 victory in 2015 when Lewin Nyatanga headed home a last minute winner in a 3-2 success.

In total, there have been 59 meetings of the two clubs with Barnsley earning 24 wins to the Lions' 23.

There is no live stream of the game on iFollow Barnsley for either UK or overseas subscribers due to broadcast restrictions. But we will have LIVE and uninterrupted commentary from The Den just before kick-off at 3pm. 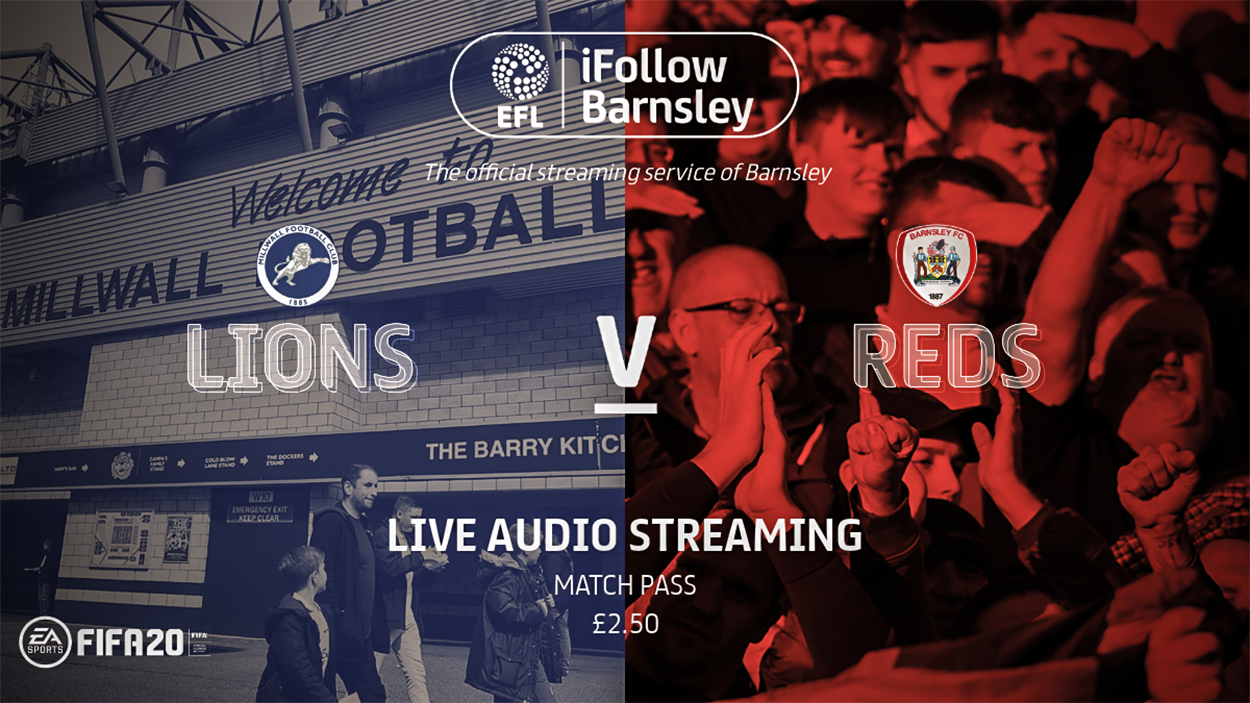