Martin Devaney believes his young side can use Tuesday’s defeat to Bristol City as a learning experience.

The U23s suffered a 4-1 loss at Ashton Gate, with Elliot Simoes scoring the Reds’ solitary goal after just seven minutes.

However, the game turned on a dubious penalty decision shortly after and the Robins never looked back as they eased to three points in the Professional Development League.

“It’s a learning experience,” insisted Devaney, following the game. “They had a lot of experience in their team and had a former Premier League player at the back in Ashley Williams. In terms of quality, they just had too much for us.

“It’s disappointing, because I thought we started well – we scored the goal and could have had another, but we were just unfortunate. Then the penalty decision – it was never a penalty; he’s pushed Rudi and it changed the game massively from that moment.

“We were comfortable, pressing well and created a couple of chances, they were finding it difficult to play out and then we scored our goal. But from that moment, the momentum just changed.”

It was always likely to be a tough assignment for Barnsley given the hosts’ quality, but Devaney feels his young crop of players will continue to take positives from the encounter.

“Fair play to Bristol City, they were good and I thought they had some very good players,” continued the U23s coach.

“It’s a learning curve for the lads and I said to them that they haven’t been in this predicament for a long time – we’ve lost two in 26 games. So to come here, to this environment, the experience of playing at Ashton Gate will be invaluable for them.”

There was also some involvement for a couple of U18s players against the Robins, with Brad Binns and Will Lancaster coming from the bench in the second half.

The fledgling midfielders looked assured and didn’t let the occasion get the better of them, putting in mature performances and continuing their fine form from the lower age group.

“Hopefully it will help their confidence and they’ll go and put on some more displays, like they have been doing, in the under 18s,” said Devaney. “It’s about giving the young lads an opportunity and I thought both of them did well when they came on.” 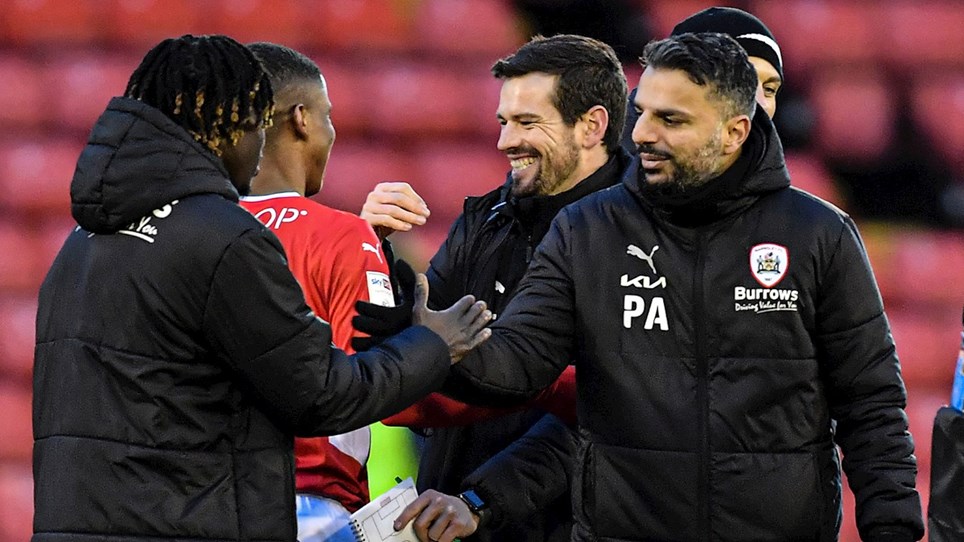