Following the first loss of 2019 for his team, Daniel Stendel gave us his post-match reaction at the Pirelli Stadium.

The Barnsley FC Head Coach was clearly disappointed with the manner of his side's defeat in Staffordshire on Saturday afternoon, with the Reds looking well off-colour against Burton Albion.

Speaking to iFollow Barnsley, Stendel gave a fair and honest assessment of the performance, pinpointing the issues that led to Barnsley's downfall.

"We're disappointed about the result, naturally, but also with that performance." Stendel stated, post-match.

"It was very disappointing for me. There was fight, we fight for 95 minutes but that was never enough to win that game. We needed quality.

"The goals for Burton were too easy. I don't think they played any better than we did, but they were a lot more effective. We had most of the ball, we were in charge for the most time in the game but it wasn't effective pressure, it was in front of the box.

"So we struggled to score in this game, and then when you defend like that, for the last two goals especially, then you win no games." 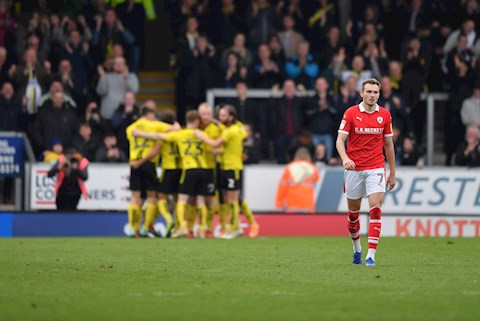 Going behind inside five minutes rocked the Reds, but they looked to take a grip of proceedings quite quickly following that, but attacking moments were ineffective as they struggled to get behind the Albion backline or test home 'keeper Brad Collins.

"They came out very well, quickly and they get the goal early. But after 10 minutes we took complete control of the game. But it wasn't good situations at all. It was all in front of them and not dangerous.

"In the second half we again have control but weren't quick or thinking fast, we weren't creating the chances and then the second goal was just too easy."

As well as the defeat for his side, a last minute winner for Sunderland saw them move level on points with Barnsley, with two games in-hand. A fourth successive victory for Portsmouth also saw them make up ground in the fight for that second automatic promotion spot.

The Gaffer acknowledged that it's now out of his side's hands and that the players as well as himself are as disappointed as the supporters, having been unable to win either of the last two fixtures.

"We aren't in the best position now," he admitted.

"But we said in the changing room that we will never give up. Next week is another chance to win three points and we have to see where we end up.

"We've been unbeaten for so long. It's too easy for people to react and forget the run we've been on. And after this game, I'm hurting. The players are also.

"So much is invested into this, we are winners, but every week you have an opponent and on this day they played better than we did and deserved their victory." 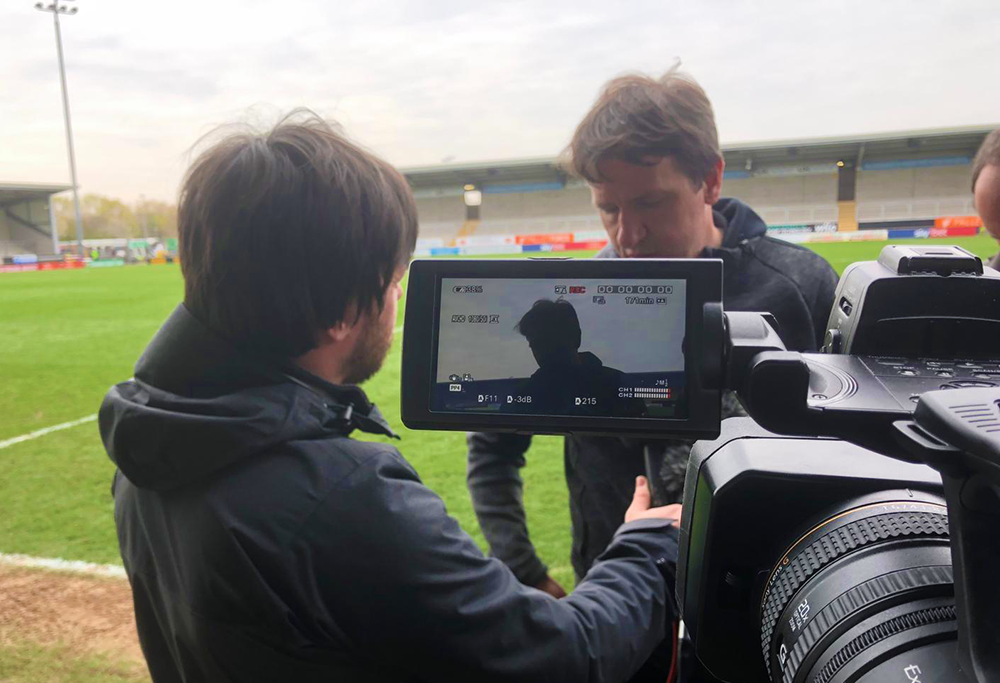 The Head Coach ended by issuing a rallying cry, a statement of defiance.

Despite the first defeat in 21 games and the hold on second position seemingly about to disappear, Stendel reaffirmed his belief that anything is possible and told us he's positive about the reaction around the corner as we head into the final five fixtures of this exhilarating campaign.

He told us: "We won't give up. Never. There are 46 games in a season and we see where we finish in May. If we go up automatic or play the playoffs.

"We've been 11 points behind Portsmouth this season before. We've been seven behind Sunderland. It is not over. We accept it's not a good position now, but this is football and anything can happen.

"I believe things will change for us this next week, I look forward to lifting heads up and creating the right atmosphere taking us into the Fleetwood game at Oakwell."