The Reds are going to be making an immediate return to the Sky Bet Championship!

It is with great pleasure, pride and satisfaction that we can confirm that with one game still to play, Barnsley Football Club have been automatically promoted back to the Sky Bet Championship!

Results elsewhere in Sky Bet League One this evening mean that no matter what happens on Saturday, both ourselves and Luton Town cannot be caught. The four point gap remains following defeats for both Portsmouth and Sunderland.

It has been an incredible season for the Reds.

Under the stewardship of Head Coach, Daniel Stendel, we have gone a full season at Oakwell without a league defeat. During the season, we went 20 games unbeaten, equalling a club record. We smashed the club record for clean sheets. We have broken our highest ever points tally. We have achieved immediate promotion following a relegation, for the first time in our history. We have done all this whilst fielding the youngest squad in the entire EFL. But more than all that, we have done this with our supporters behind us from day one. We have dealt with everything thrown at us, together.

It has been the perfect response to last season.

Well, almost perfect. Because there is still the small matter of a title to win!

COME ON YOU REDS!

Stern: "It's been a special first season for us."


After a debut season of success, we caught up with Chris Stern to get his thoughts on the Reds' promotion... 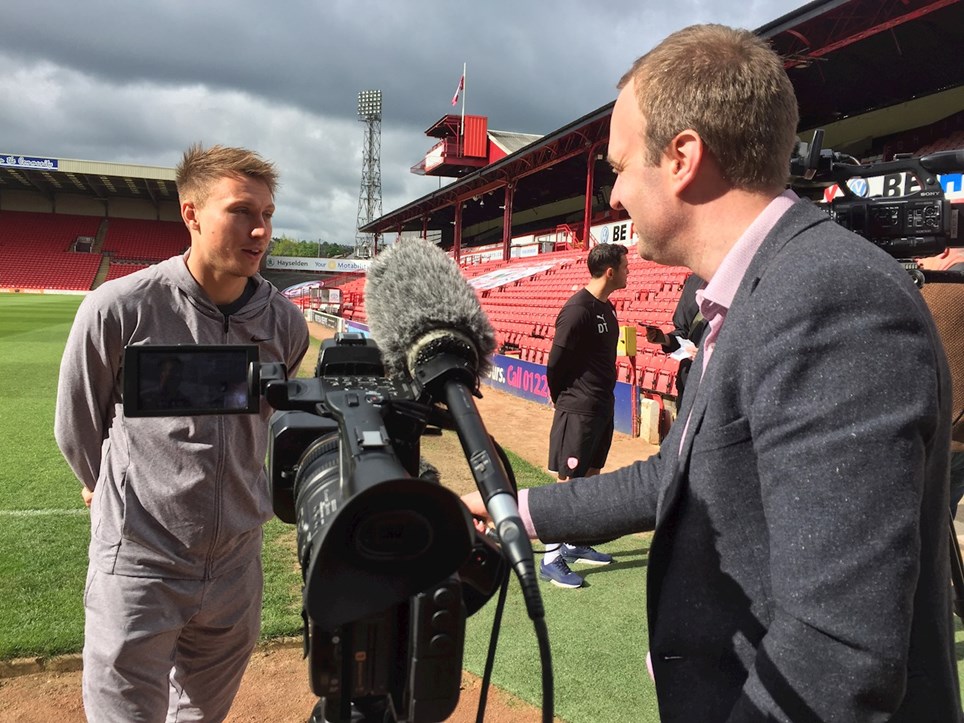 
Get the reaction from players and staff following the Reds' promotion back to the Sky Bet Championship.