Reds in the Community are delighted to announce that Kieffer Moore has been named as the PFA Community Champion of the Year for the 2018/19 season!

The award recognises players from across the country who have gone the extra mile to champion the charity and community work carried out by football club's and their charity arm.

Throughout the season, Barnsley FC striker Kieffer Moore has gone above and beyond in his support of the local community and RitC's work in the borough.
In September, he enhanced his support for Reds in the Community by agreeing to become the Charity's Education Ambassador.

In this role, he has become the face of a successful and growing education programme whilst providing inspiration to the students both inside and outside of the classroom.
Alongside his work with the education department, Kieffer has maintained his commitment to other community work with both Barnsley FC and Reds in the Community.
This has included visits to local primary schools and to students at RitC alongside supporting Barnsley Hospice and surprising a poppy seller in November.

Kieffer spoke about how the Community Champion award is just as important as his on-field success and about his future ambitions to continue working closely with Reds in the Community.

"I'm going to do my bit. Hopefully, I can keep doing my part until the end of the season. It's something that I've really loved doing and I'd like to carry it on in the further years to come.

"From the start of the year, when I was asked to be the Education Ambassador I was thrilled. To get this award, it's massive. It shows that we do care about the community, we do our bit and help out. I've loved meeting the lads and the staff behind the scenes." 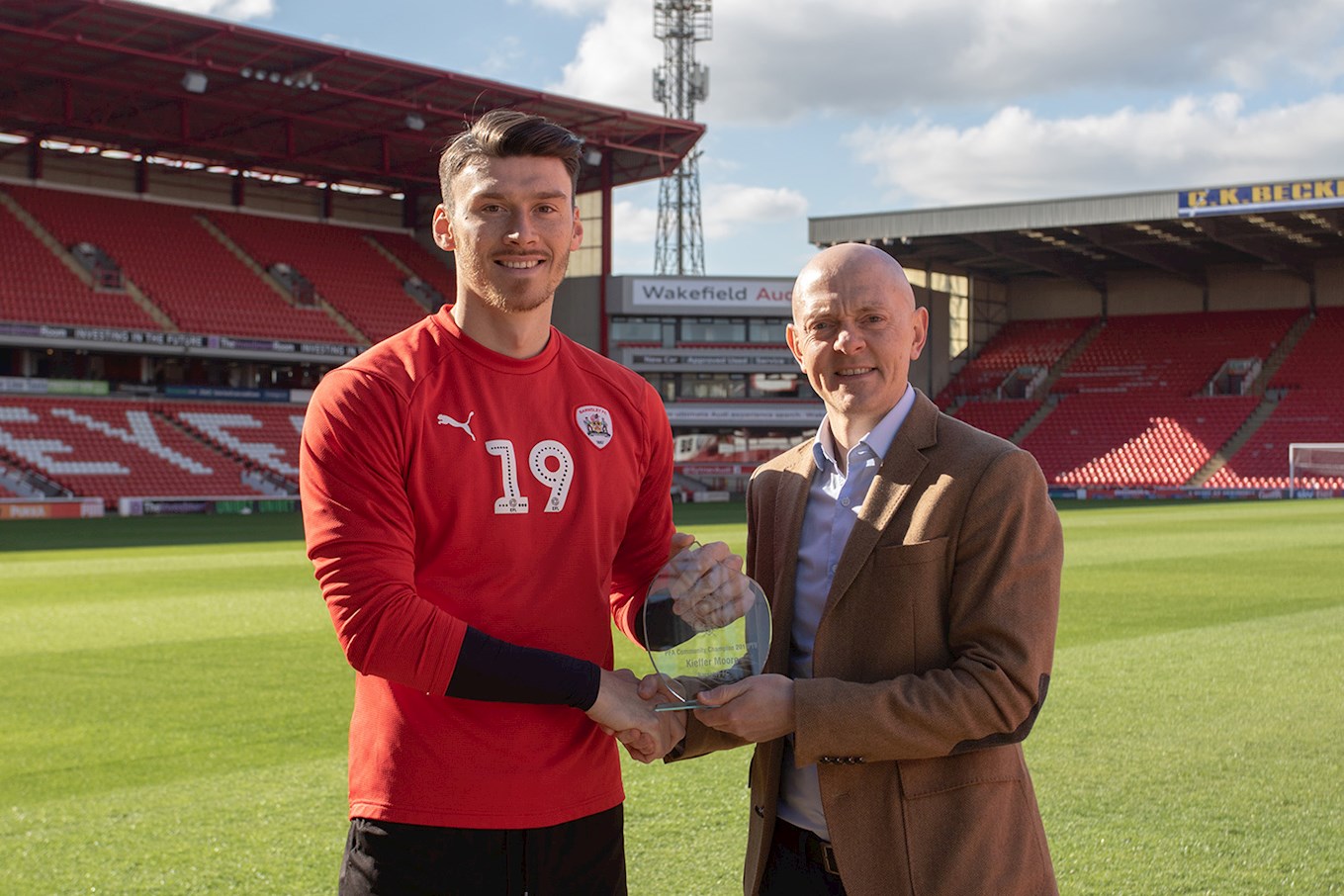 The 26-year-old was presented with his award by RitC's Chief Executive Wayne Bullimore ahead of the Reds' final home game of the season against Blackpool.
Wayne gave an insight into how important players' support is for the work of the Charity and thanked Kieffer for his outstanding contribution during the 2018/19 campaign.

He said: "Throughout this season, all of the first team's support has been invaluable for showcasing the work of Reds in the Community. All of the players in the squad have been fantastic in offering up their time. This award is an ideal opportunity to champion the work of the players at the Football Club in supporting community initiatives. It adds value and enjoyment to the participants but also raises the profile of the projects themselves.

"Kieffer, in particular, has been hugely supportive of our work this season. He's gone over and above what is expected. It's great that we can honour him with this award to thank him for his efforts throughout the 2018/19 season. We look forward to working closely with him and the rest of the first team moving forward."

VACANCIES AT REDS IN THE COMMUNITY


Two exciting positions have opened up at Reds In The Community.