After grabbing his first goal at Oakwell and first in the league for Barnsley, midfielder Mike Bähre gave us his exclusive reaction.

The Reds returned to winning ways on Saturday where a 4-2 victory over Fleetwood Town saw Daniel Stendel's side move back into the second automatic promotion spot.

It was a game notable for the impact of on-loan midfield man, Mike Bähre who was on hand to open the scoring against the Cod Army when he fired in from six yards after great work out wide by Jacob Brown.

After going close on other occasions this season, Mike admitted a feeling of relief to finally get his first league goal of the campaign, when we caught up with him ahead of training this week.

"But I also feel relieved about it because I've had a few other chances in previous games. And the longer you go without a goal, it seems to get more difficult. So it's good, I feel happy to finally have that goal and I can now relax about it."

In previous interviews, Head Coach, Stendel has suggested that were Mike to get off the mark, it would potentially set him off on a goalscoring run, and Bähre agrees that it's a possibility.

He explained: "Hopefully that's the case, that I can go on and score more goals from here in what is an extremely important stage of our season.

"I have a good feeling now, it's confidence I suppose.

"In training I've been finishing really well and I had a good feeling ahead of the match. If this kicks off a good run, I'd be really happy." 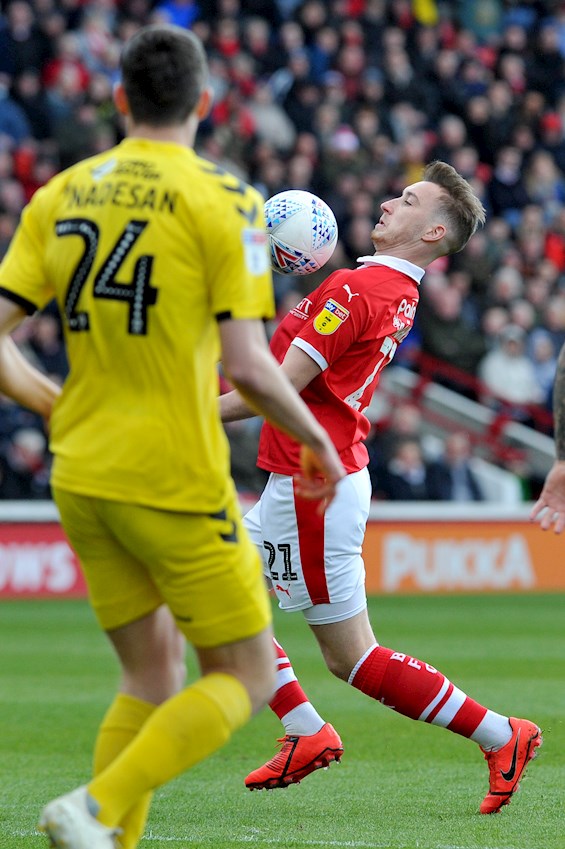 The man who followed his gaffer to Oakwell from Hannover was in bullish mood when speaking about the Reds' prospects in the run-in.

He spoke of the confidence throughout the squad and believes that if his side can nail four wins, it ought to be enough for promotion.

"I am 100% sure that if we win our four games then we will get promoted straight away, without playoffs.

"I'm confident, the guys are in a good mood and good shape, back into a winning way and the feeling around the place is one of confidence."

But that time was brief, as he explained to us.

"It means a lot to be able to go back, even though you feel like most of the two days is spent travelling there and back!

"But I hadn't seen my family for a couple of months and it was the last chance this season to see some of them. But my mum will be coming over here next week to watch our final games.

"It's always good to have someone close to you, supporting you at the matches. It gives you more power, extra energy and I hope to do my family and our fans proud."