We caught up with your newly-crowned Academy Player of the Year, Aiden Marsh!

It has been an incredible campaign for Aiden Marsh, who was the deserving winner of Barnsley Football Club’s Academy Player of the Year 2019.

The 15-year-old striker received his accolade pitchside ahead of the Reds’ Sky Bet League One clash against Blackpool on Saturday, with Academy Manager Bobby Hassell presenting the trophy.

“I’m buzzing; it’s very good to win it and I’m really happy,” said the youngster. “I knew there was a Player of the Year award, but I never imagined it’d be me that won it.”

Marsh has been in prolific form for the U16s team this season and that goal scoring prowess has transferred to the U18s, where he found the net four times for Adam Murray and Tom Harban’s side.

In addition, the clinical finisher has featured twice for Martin Devaney in the U23s – making his debut back in September against Bolton Wanderers on Oakwell.

“I’ve worked very hard in training to try and take up those positions, and when I get in front of goal, I always feel confident to put it away,” continued Marsh.

“My first goal was against my old club, Sheffield United, so that was a good start. I’ve just grown in confidence as I’ve gone on and I feel that, next season, I’ve set up to score a lot of goals.

“At the start of the season, I sat down with Dale Tonge and Andy Holdsworth and we talked about goals. Mine was to get into the under 23 team and I’ve tried to solidify that, and hopefully I’ll get a few more games next season. I feel like I’ve hit that target, which is an amazing thing to do.” 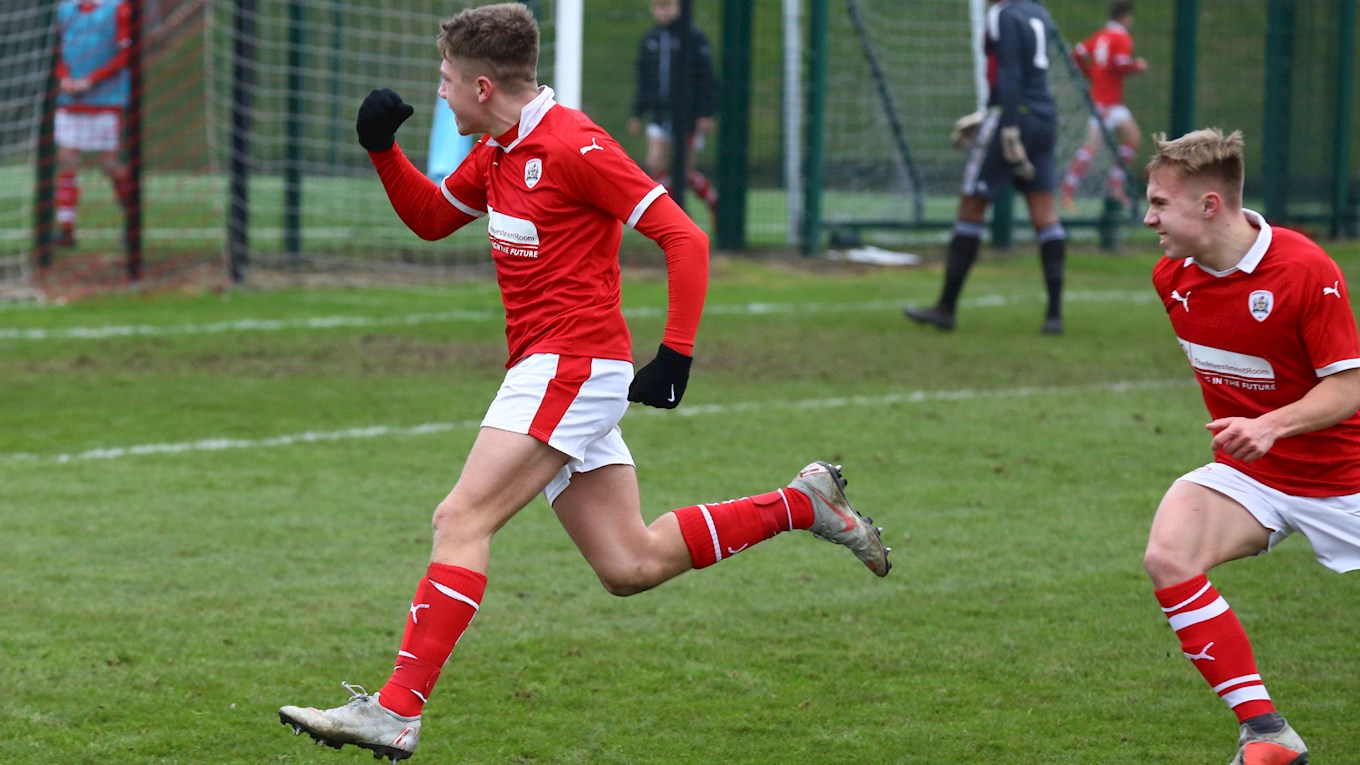 Last year’s winner of this award, Jordan Helliwell, went onto make his first team debut this season, while the 2016 recipient, Will Smith, also featured for Daniel Stendel.

There is a natural pathway to the senior squad at Oakwell, with coaches keen to encourage young talent to progress and continue their development.

“I’d like to think that I’ve got a good chance and keep on pushing,” insisted Marsh. “Jordan Helliwell won it last year and has gone onto do big things – he’s made his debut for Barnsley, so it’s obviously good thing.

“There’s Matty Wolfe as well – he’s a big inspiration. He’s coming back from injury and I aspire to be like people like that and make my debut in the future.

“It gives me a lot of confidence and the new style of play that Stendel has brought in suits me – the aggressive press – and I like it.”

Of course, not one player makes a team and it has been a collective effort at academy level this season, with Marsh’s peers all contributing to him claiming individual recognition.

Joe Ackroyd, Kareem Hassan-Smith and Sam Nicholson all made a step-up from U16 football on a regular basis this term, and Marsh believes the bond between his teammates helps make the experience more enjoyable.

“It’s a very tight group and we’ve all come through together,” said the young striker. “Me and Joe bounce off one another and push each other to do as well as we can, and I think it’s good to see us both trying to break into older teams and do well.

“The lads have helped a lot because, over the course of the season, if it wasn’t for them, I might not have won it. We’ve all helped each other and strived to do as well as we can, dug in to get results – not only in the under 16s and under 18s – we’ve been pushing throughout the academy.”


Our U18s will host Crystal Palace in the FA Youth Cup third round.