After following the Reds far and wide for more than seven decades, long-standing fan Derek Parker has decided that our home fixture against Blackpool will be his last game due to struggles with his health.

The 77-year old has got a number of health conditions, which makes getting to and from Oakwell more difficult than it once was.

We visited Derek’s house to speak with him about his memories of watching Barnsley Football Club over the years and his fondest memories.

He invited us into his kitchen and offered us a drink. “You can have a beer, if you want?” he asks. This was politely declined. More than enough was consumed in Plymouth over the Bank Holiday weekend.

“For me, there’s only been one club,” Derek began. “No matter where I’ve been, I’ve never tried to talk any different to how I’m talking now. Tha comes from Barnsley, thee.

“My first match was in 1947; my dad used to drop me off at the boys’ entrance and pick me up after the match. I’ve got a photo of me throwing a punch at Ray Wilson, who was full-back for Huddersfield and England.”

Derek returns to the kitchen with his Barnsley edition of Football History Told Through Headlines book and thumbs through to 1961, where he shows us the image of himself on the front page. 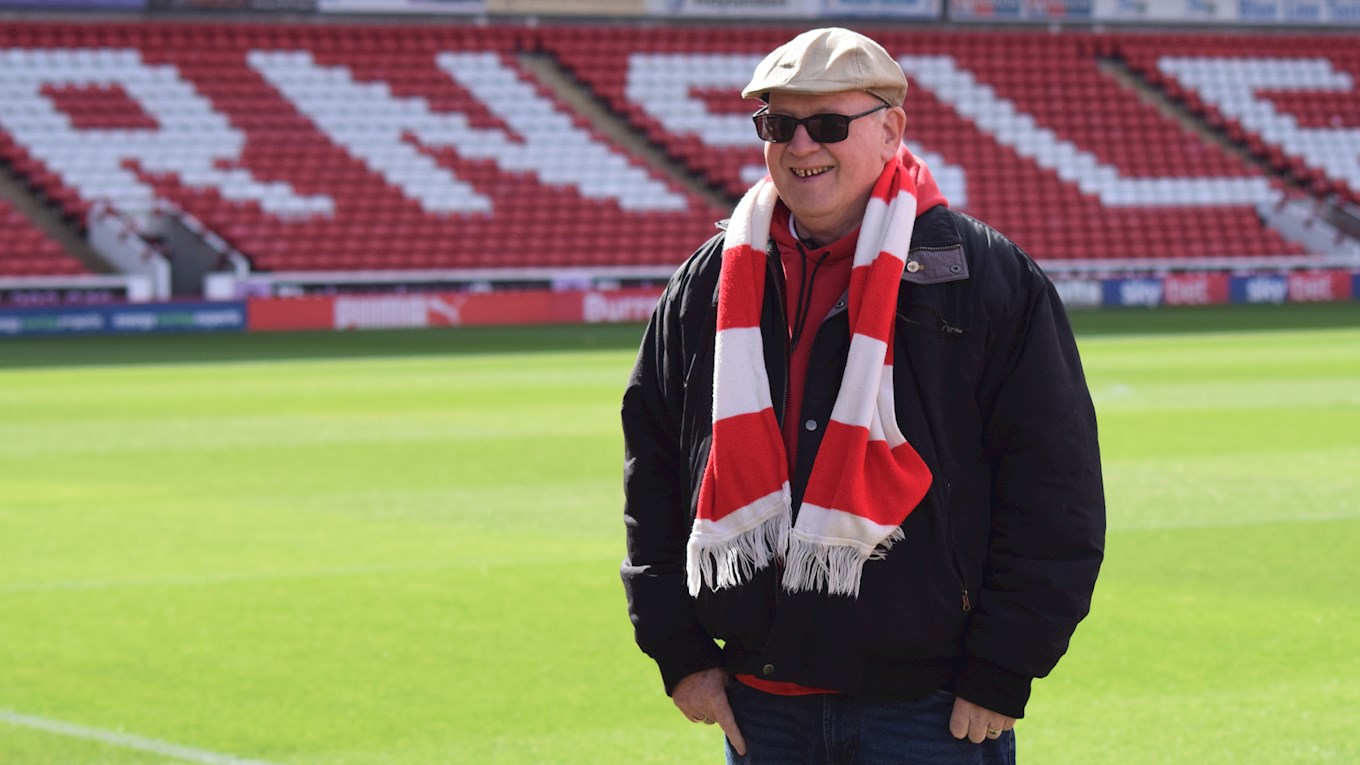 “There’s me and my uncle Alf, and my dad just stood at the side of him,” he laughed. “Wilson kicked the ball because he was mad – he said he was aiming for the wall – and it flew over the wall because it’s not very high, and it hit a young girl in the chest.

“If we’d got him into the crowd he wouldn’t have got out. I didn’t make contact – just a good swipe at him.”

Derek has had a season ticket at Barnsley for over 40 years, originally sitting in the East Stand. Back then, it was called the Brewery Stand.

“I used to climb over the wall to get in – I shouldn’t be saying that,” he laughed.

“I never imagined Barnsley would be in the Premier League, and I was right proud – I cried, actually. I went on the pitch crying.”

When asked if that promotion winning side was the best he’d ever seen, Derek admitted that it was difficult to choose between that team 20 years ago and this current crop of players. 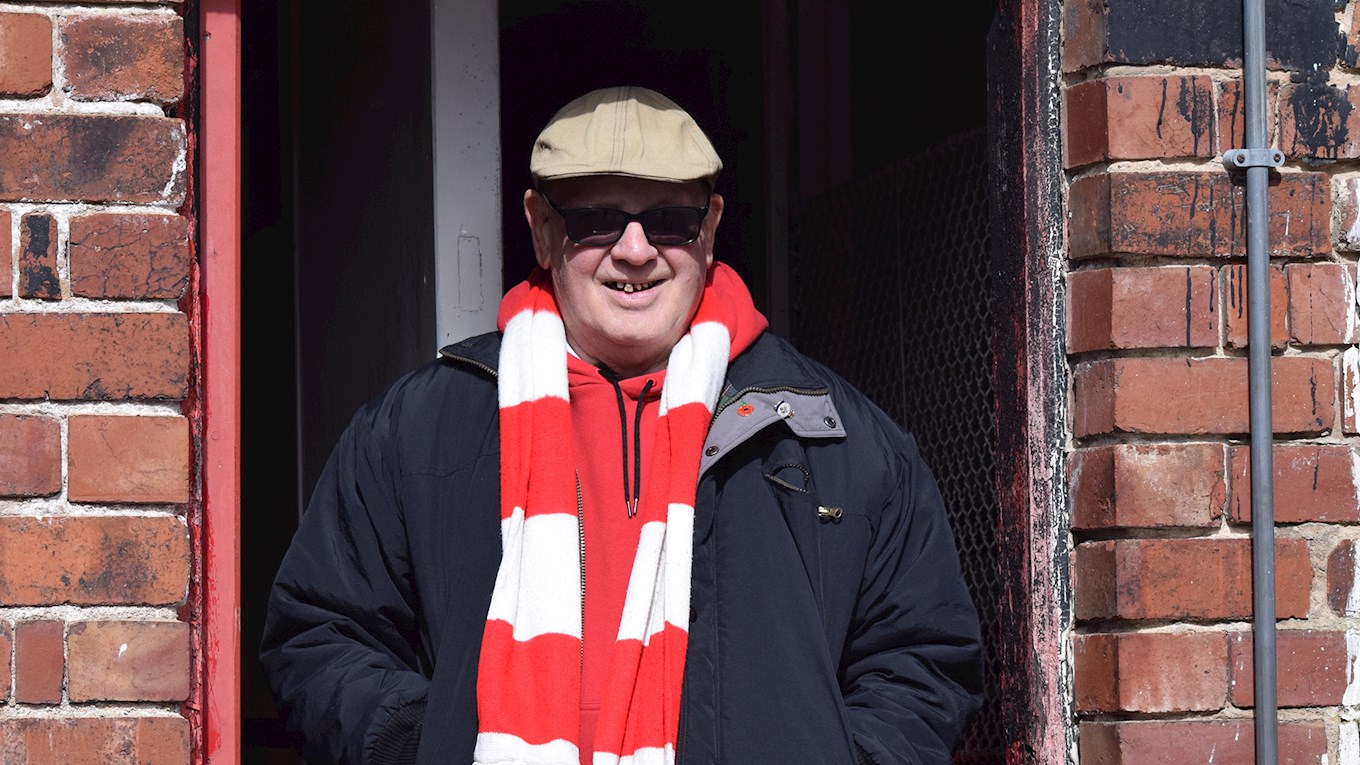 “This team takes some beating now, because Daniel’s doing a brilliant job. The way he interacts with the players, he’s got to be in the top three managers of all time. Danny Wilson – until he turned traitor – is up there.

“They pass the ball about now, which is the kind of football I like. I don’t like it being kicked by the goalkeeper over the top to run onto.

“I thought Hecky was a decent manager, and he’s doing well at Hibs now. They had a good result against Celtic at the weekend. He used to go to school with my son, Ian.”

Barnsley born and bred, Derek attended Doncaster Road Primary School before moving onto Grove Street Senior School, which was situated next to Oakwell.

Supporters often create songs about players – we currently have a star man playing on the right – and there’s one tune in particular that stands out in Derek’s memory from the late 1940s, as he kindly demonstrated.

“Robledo passed to Kelly, Kelly passed it back,
Robledo had a flying shot and knocked the goalie flat.
Where is the goalie? The ball is in the net.
He’s hanging round the goalpost with his knickers round his neck.” 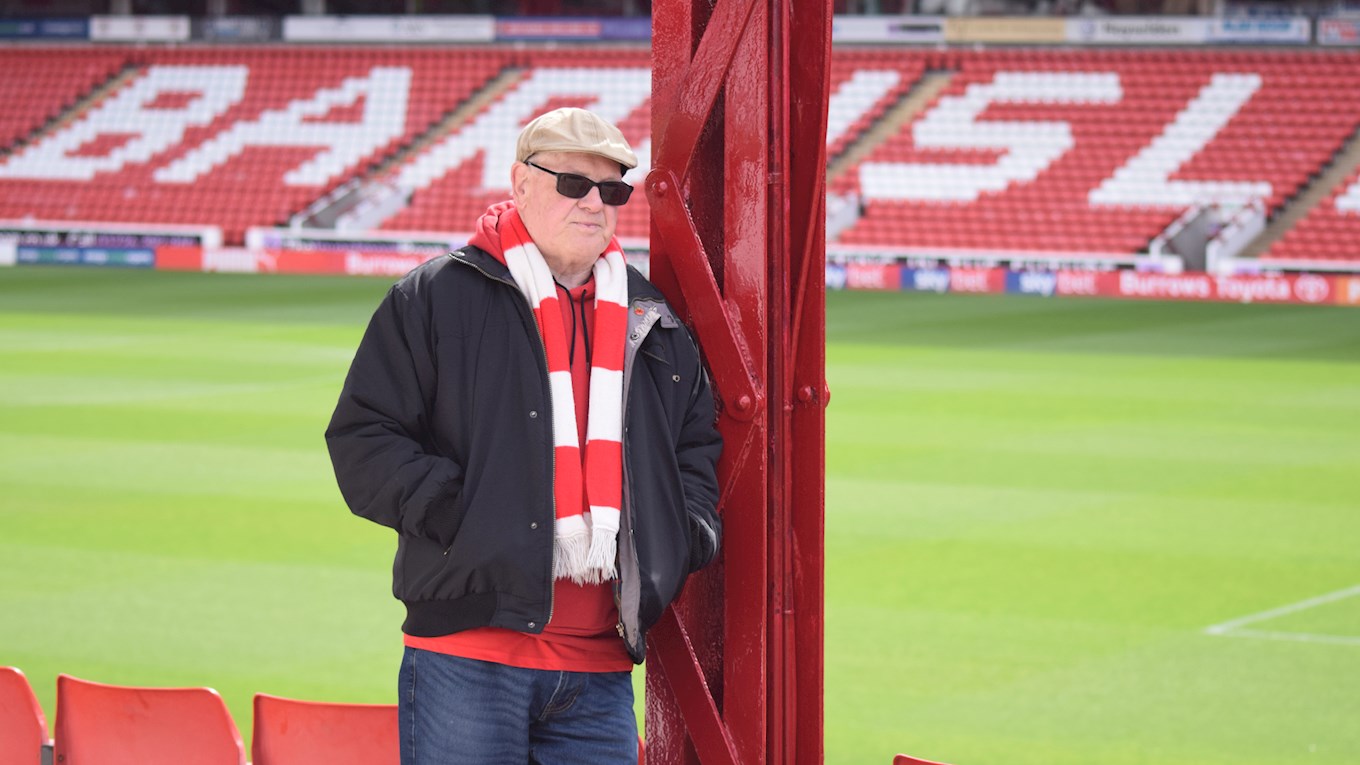 Derek’s grandchildren run in and out of the back door, playing in the garden and making the most of the half-term sun.

He shows us a photo of his daughter’s wedding day, which has been signed around the outside by the Barnsley team in 1999.

“We went to Wembley that season and lost to Ipswich. I’ve been four times now, to Wembley. My favourite trips are the Johnstone’s Paint Trophy and when we got promoted in 2016.”

Ahead of his final Barnsley game, Derek is confident that his beloved Reds can get a result and continue the push for promotion, but he admits it will be an emotional occasion for him.

“We’re going to win on Saturday; I always say that,” he finished. “We’re going to get promoted. I wish I could go again, but I just can’t. Walking up from the bus station, by the time I get to the top of the hill I’m out of breath and I have to leave early to catch my bus, and at night games I can’t get a bus until twenty to eleven.

“I shall miss it, that’s definite, but I’ve told the wife I’m stopping. I’ll still be going to football, but our Ian will pick me up and take me to Athersley Rec. I shall always watch football, but I’ll always think of Barnsley.”

We would like to thank Derek for his unwavering, loyal support throughout the years as he has followed Barnsley through thick and thin. The Club would not be what it is without this dedication and, should you ever decide to return to Oakwell in the future, you will be welcomed with open arms. Athersley Rec have inherited a magnificent fan. 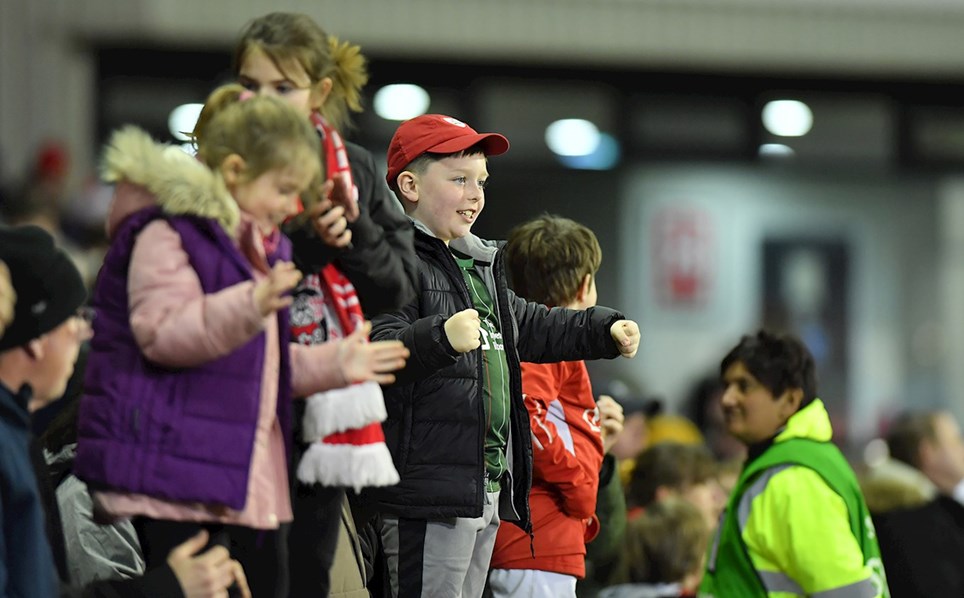