After putting in a 'man of the match' display on Saturday, Reds midfielder Cameron McGeehan gave us his exclusive reaction.

It was back to winning ways for Daniel Stendel's high-flying Reds at the weekend as his side reacted in the perfect manner to a recent dip in form.

A 4-2 victory over a battling Fleetwood outfit saw Barnsley move back into the automatic promotion places and key to the result was the outstanding performance from Cameron McGeehan.

The 24-year-old midfield man was instrumental in the centre of the park and capped off his display by notching his sixth goal of the campaign with another header.

"It was a welcome victory," he told barnsleyfc.co.uk today.

"We've had a little poor spell recently so it was good to get back to winning ways, even more so to do it at home, in front of our own fans.

"Every game's tough now, the pressure of trying to get promotion, but last week we reset ourselves. We had great time together both as a group of players and then along with the gaffer and his staff.

"Despite being a young squad of players we are quite mature and straight away last week we came in and we've got together as a group of lads and asked what the general feeling was.

"It's something we've done before, trying to get each others' thoughts and look to rectify things so we can get back out there and turn it around. I think the performance on Saturday reflected well in that respect and we just need to push on now." 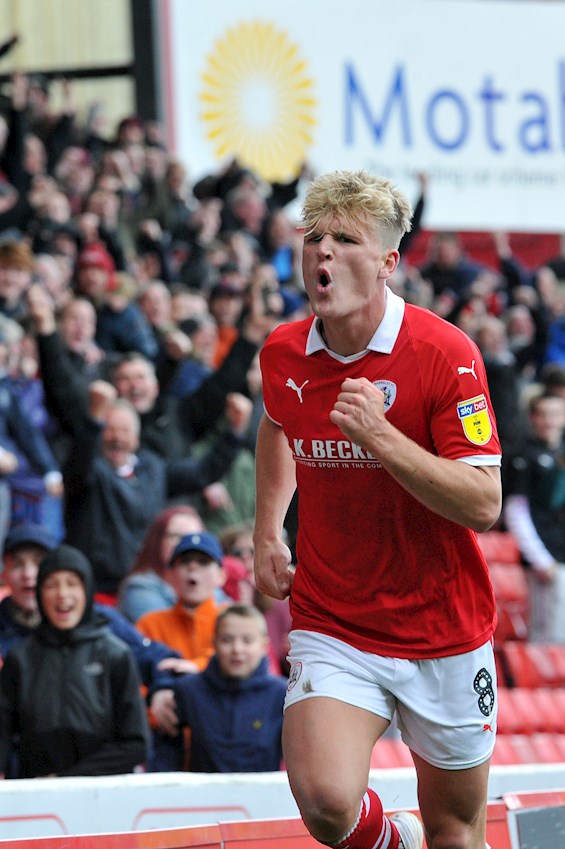 McGeehan is currently enoying a run of scoring in every month since December, with Saturday's latest goal a fine end to a team move he was involved in from start to finish.

The former Chelsea youngster admits that getting amongst the goals is something he strives hard to achieve whilst trying to get the Reds playing through midfield.

He told us: "Goals are important for me. I want to keep scoring as many as I can, it's always a great feeling and to get the man of the match too, it's nice because it's the supporters who've chosen you.

"To miss those three games in the manner I did, it was frustrating because I think I'd just hit my stride so it was difficult coming back in to regain my best form.

"I think Saturday I was back to something like I'm capable of and the sole focus for us as a group, together as one, is to get out there and finish off the job.

"It's been a great season for us and we have to make sure we come out of it with what we deserve, and have no regrets."