We're back on the road this weekend as the Reds head to Staffordshire to take on Burton Albion in Sky Bet League One, and we've got it covered here in our big match preview.

The Reds extended their unbeaten league run to 20 games with last Saturday's 2-2 draw against Coventry City at Oakwell.

Having twice been pegged back by the visitors, it was perhaps two points dropped in the race for immediate promotion, with Sunderland making ground in midweek with their 3-0 victory at Accrington Stanley. 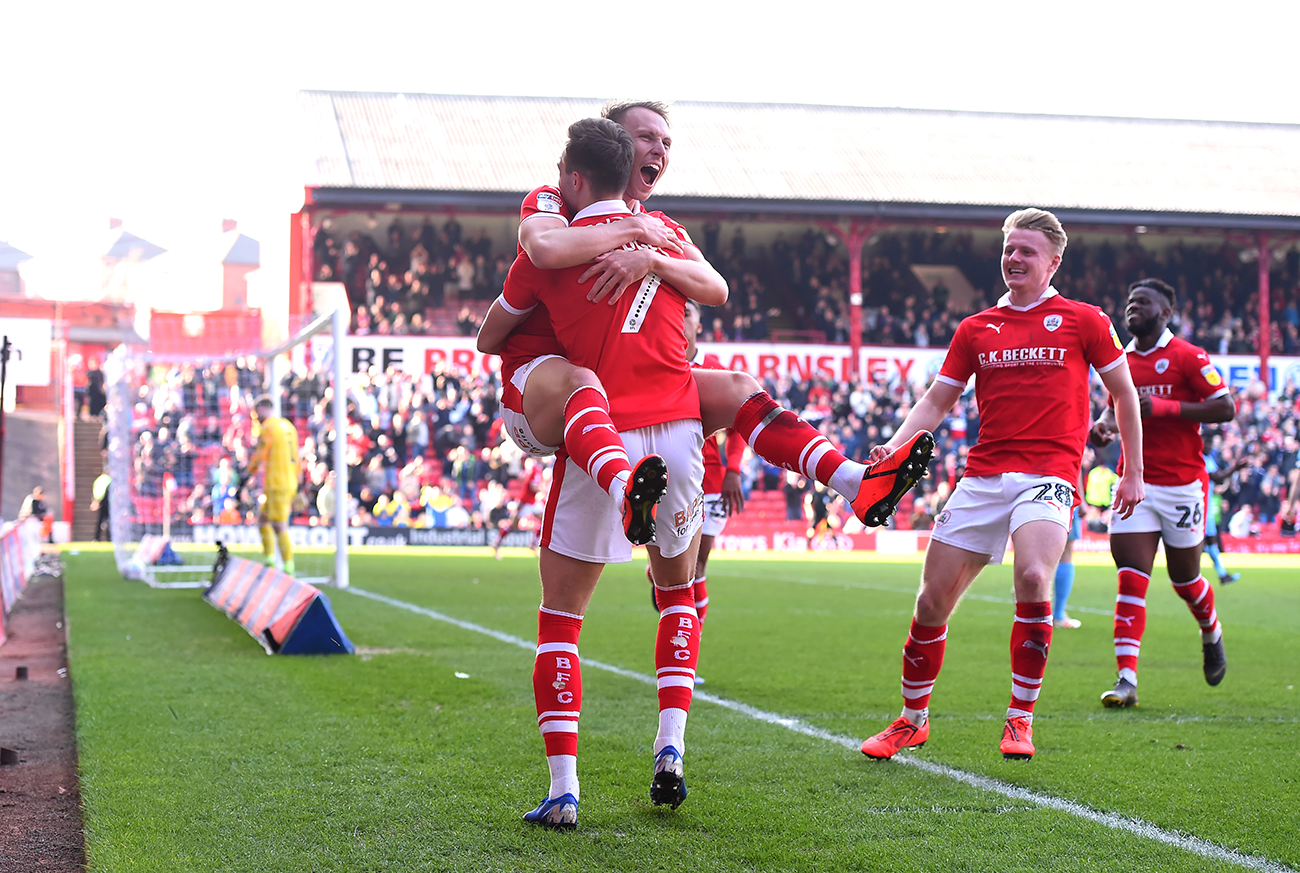 There was a return to the goals for striker Cauley Woodrow who bagged his 15th of the campaign against the Sky Blues, despite missing much of the opening months.

With Barnsley still in second position, but with just a three point advantage now, Saturday's clash with The Brewers is game one of six that are huge now in this last month of an exhilarating season.

Other than the long-term injuries that are keeping out both Kenny Dougall and Kieffer Moore, Reds Head Coach, Daniel Stendel has a fully-fit squad to select from, with Dani Pinillos expected to return to the squad after missing the last three games owing to an eye injury.

Yet to lose in 2019, the Reds can make it 21 games without a loss if they come away from the Pirelli Stadium with a point or three, which would equal a club record for consecutive league games without defeat.

Last defeated on the road in Wycombe on December 8, Barnsley's recent away form has been impressive. They've not conceded away from home since the 4-1 victory at Gillingham at the start of February. 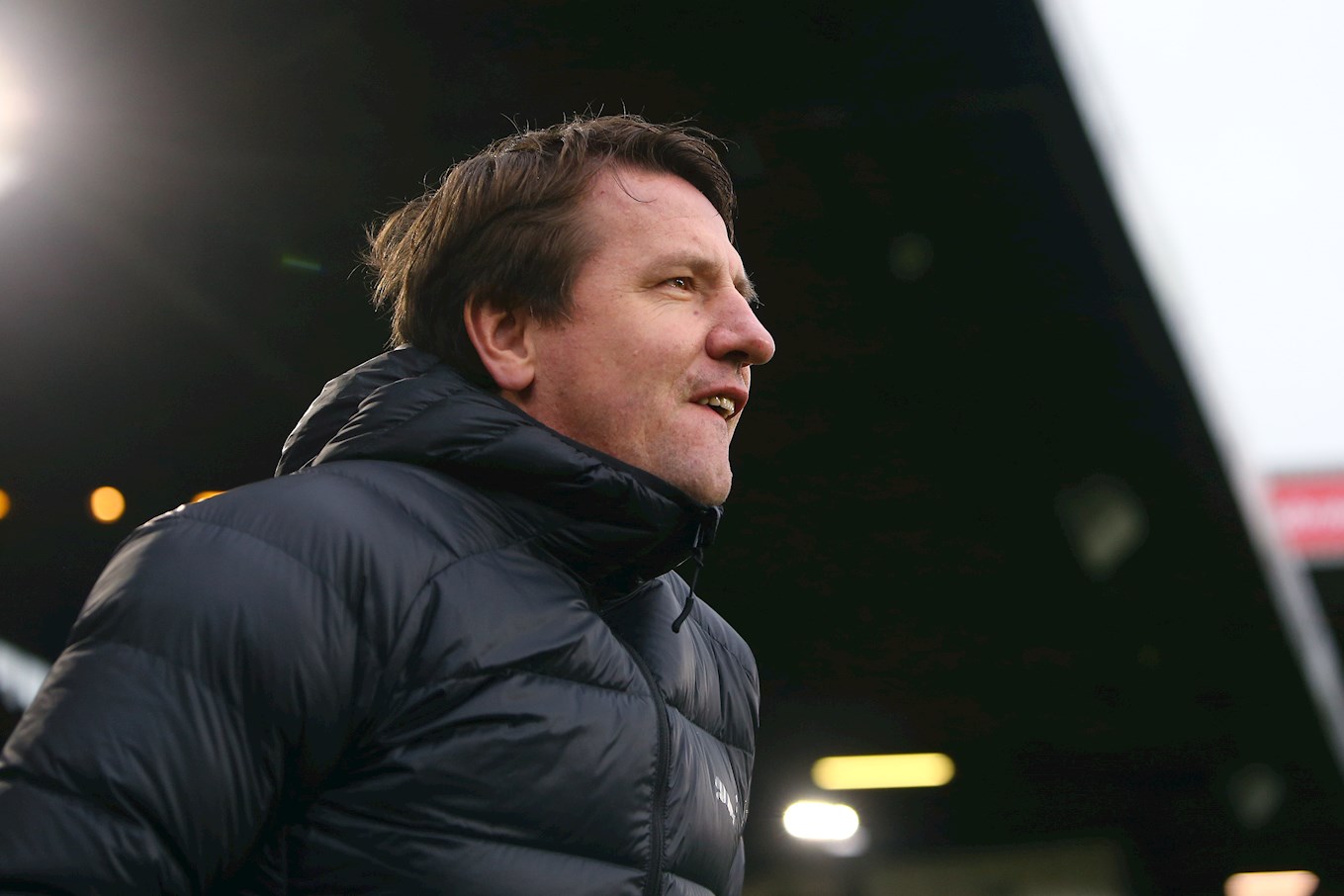 Stendel celebrated his 45th birthday during the week and he'll be hoping to be rewarded with another welcome three points to celebrate with come 5pm on Saturday.

Standing in his and the Reds' way are Burton Albion, led by the experienced Nigel Clough. The Brewers themselves are spending their first season back in the third tier following relegation last term alongside Barnsley and Sunderland.

But unlike ourselves and the Black Cats, it's unlikely that Albion will be figuring in the promotion shake-up at the start of next month. Currently sitting 11th in the Sky Bet League One table, they are 10 points off the final playoff place albeit having played a game less than their rivals.

They might however have a big hand in who does or doesn't go up, as immediately after our clash on Saturday, Burton travel next Tuesday to Sunderland before fixtures with Portsmouth, Luton and Peterborough, all involved in the race for Championship football.

Saturday will be their third successive fixture on home soil, looking to make it three wins out of three. Last time out they came from 2-0 down to smash Accrington 5-2 at the Pirelli. That came off the back of a 3-0 thumping of playoff-chasing Blackpool.

A familar foe for the Reds is top scorer for Clough's side this season. The long-serving Lucas Akins is able to play in a variety of positions and his 11 goals so far have been vital in keeping Burton's hopes of a playoff tilt alive as we enter the run-in.

They will however be without the services of the injured David Templeton. But other than him, The Brewers are at full strength heading into Saturday's 3pm kick-off.

Ahead of the clash, both Reds forward Ryan Hedges and Assistant First Team Coach Dale Tonge spoke with the press in midweek to give their thoughts on the trip to Burton and subscribers can watch their pre-match press conference videos in full over on iFollow Barnsley.

It's just over a month since the two sides met at Oakwell in the reverse fixture. A game that was originally meant to be played in September but for a heart attack suffered by Reds matchday volunteer Stephen Croft which saw the game postponed as everyone on the scene helped to save Stephen's life.

And just as he did in February, Stephen will lead out the two sides once again, as he is Burton Albion's special guest for this match at the Pirelli. A fantastic gesture and another example of the connection between both clubs.

The game in February ended in a 0-0 draw, a result the Reds must be growing tired of in 2019. But in three trips to the Pirelli so far, Barnsley are yet to taste defeat. 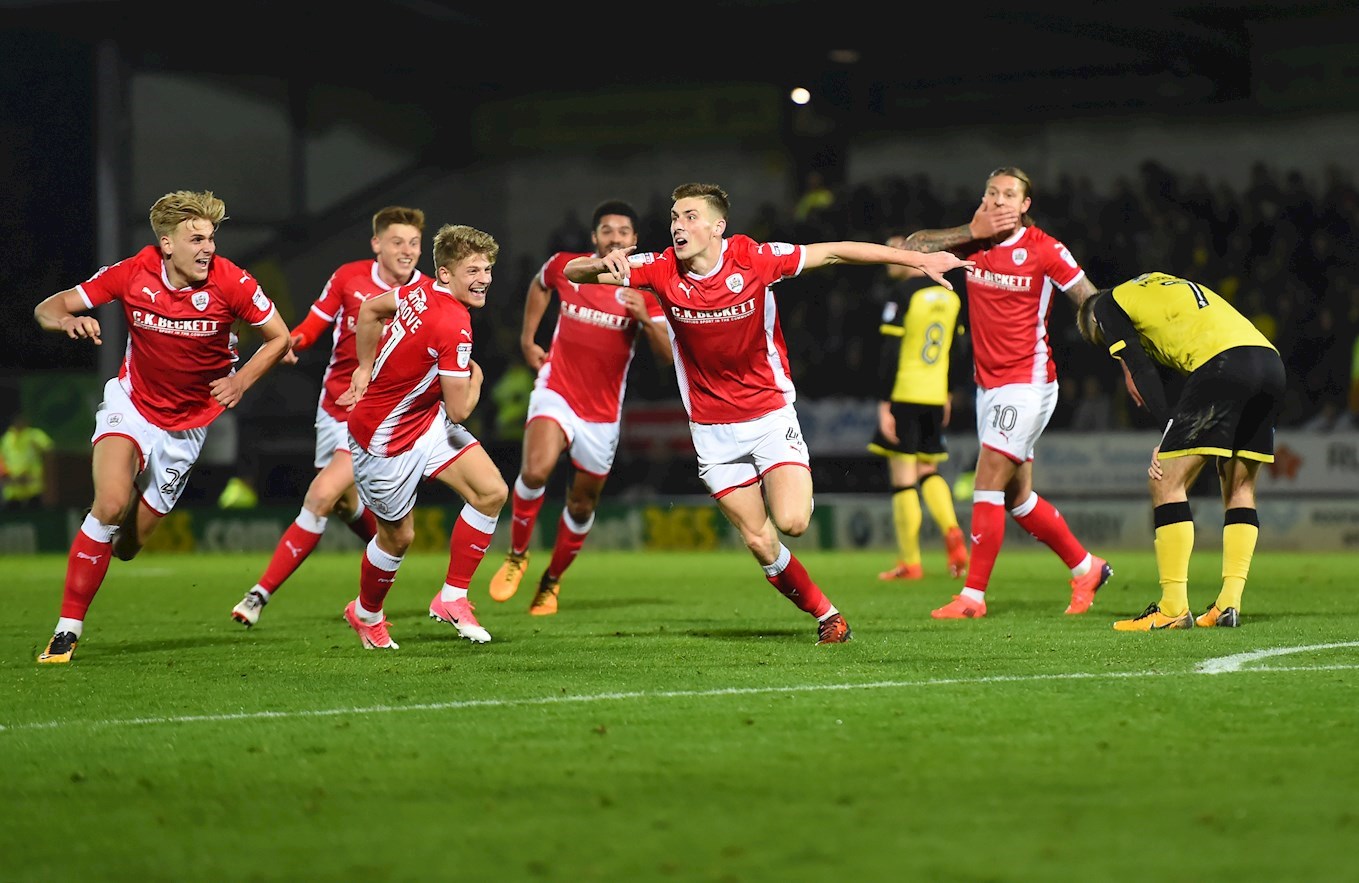 Last season saw us run out 4-2 winners on Halloween 2017. Goals from Brad Potts, Lloyd Isgrove, Harvey Barnes and an absolute screamer from Joe Williams handed Paul Heckingbottom's side a rare away victory in the 2017/18 campaign.

The Reds will be backed by 1,751 fans on Saturday, another sold out allocation on the road, and there will be no tickets available on the day in what is now an all-ticket fixture for home supporters also.

We will be bringing you LIVE and uninterrupted commentary from the Pirelli, with club commentator Matt Bailey and a special guest on expert summary. For internationally based Reds, you will be able to enjoy the commentary over the top of a full broadcast as usual.

Notice to all supporters attending the game: