The Reds complete a full season without defeat at Oakwell after coming from behind to see off Blackpool and go level with Luton at the top of the table!

There was a terrific atmosphere inside Oakwell but the Reds looked nervous in the opening stages, and on 15 minutes Blackpool struck a cruel blow, as Harry Pritchard's effort inside the box deflected in off the unfortunate Jordan Williams.

Barnsley nearly hit back straight away when Mama Thiam saw his header from six yards out fly over the crossbar.

Both Mike Bähre and Cam McGeehan went close with efforts from range but the visitors were getting blocks and last-ditch tackles in to thwart Stendel's Reds.

With 39 minutes played a real chance as Alex Mowatt's ball over the top saw Thiam in on goal, but a little to the left of the box and the Senegalese's effort was saved well by the advancing 'keeper.

But a minute later the Reds equalised. Cauley Woodrow took it upon himself to make space and shoot from the edge of the box, right-footed and it beat the 'keeper, flying into the bottom left-hand corner for 1-1.

An injury saw Jacob Brown replaced by Kieffer Moore just before the half time break.

The second half was like an attack vs defence training session as Barnsley stepped on the gas.

Mowatt was brought down inside the box but the referee ignored penalty appeals, before Thiam bent an effort into the top corner but the 'keeper Mafoumbi clawed it out and around the post.

But just before the hour mark, Barnsley finally went in front as a McGeehan corner, swung into the near post was powered into the net by Liam Lindsay!

There were further chances for Woodrow, Moore and Bähre as the Reds looked to improve their goal tally, but they had to settle for just the 2-1 victory and fate back in their own hands going into the final day! 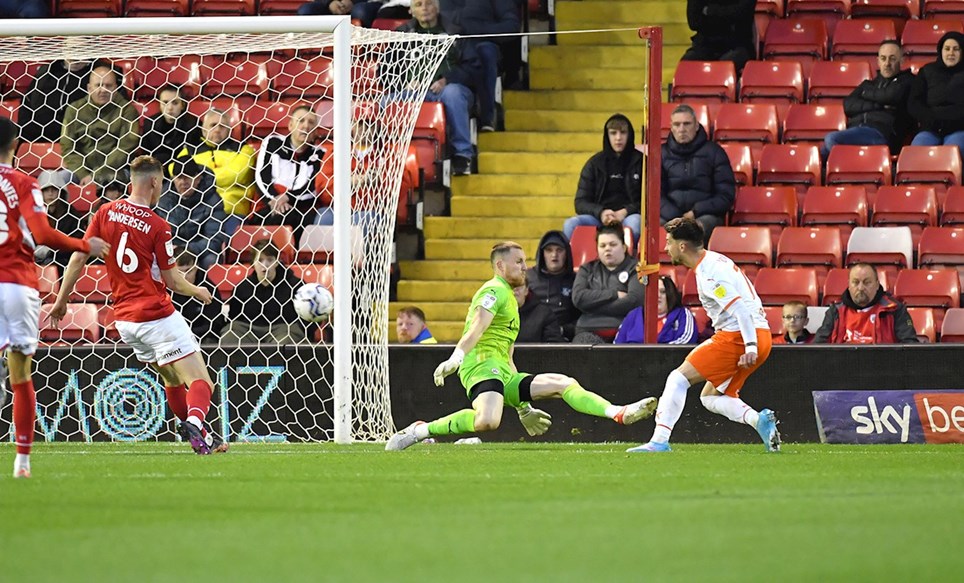