The Reds are back in action at Oakwell this weekend as we welcome Blackpool in our final home league game of the 2018/19 Sky Bet League One season, and we have it covered in this week's big match preview.

After what has already been a long and enduring campaign for the Reds, it's down to the final week and just two more fixtures as Daniel Stendel's side remain right in the hunt for an immediate return to the second tier.

Back-to-back victories over Easter and results elsehwhere see Barnsley sitting second, two points above nearest challengers, Portsmouth, who do however have an extra game to play.

Good Friday's 2-1 success against Shrewsbury Town at Oakwell was followed up by one of our most impressive away performances of the season at Plymouth Argyle on Easter Monday, running out comfortable 3-0 winners in Devon. 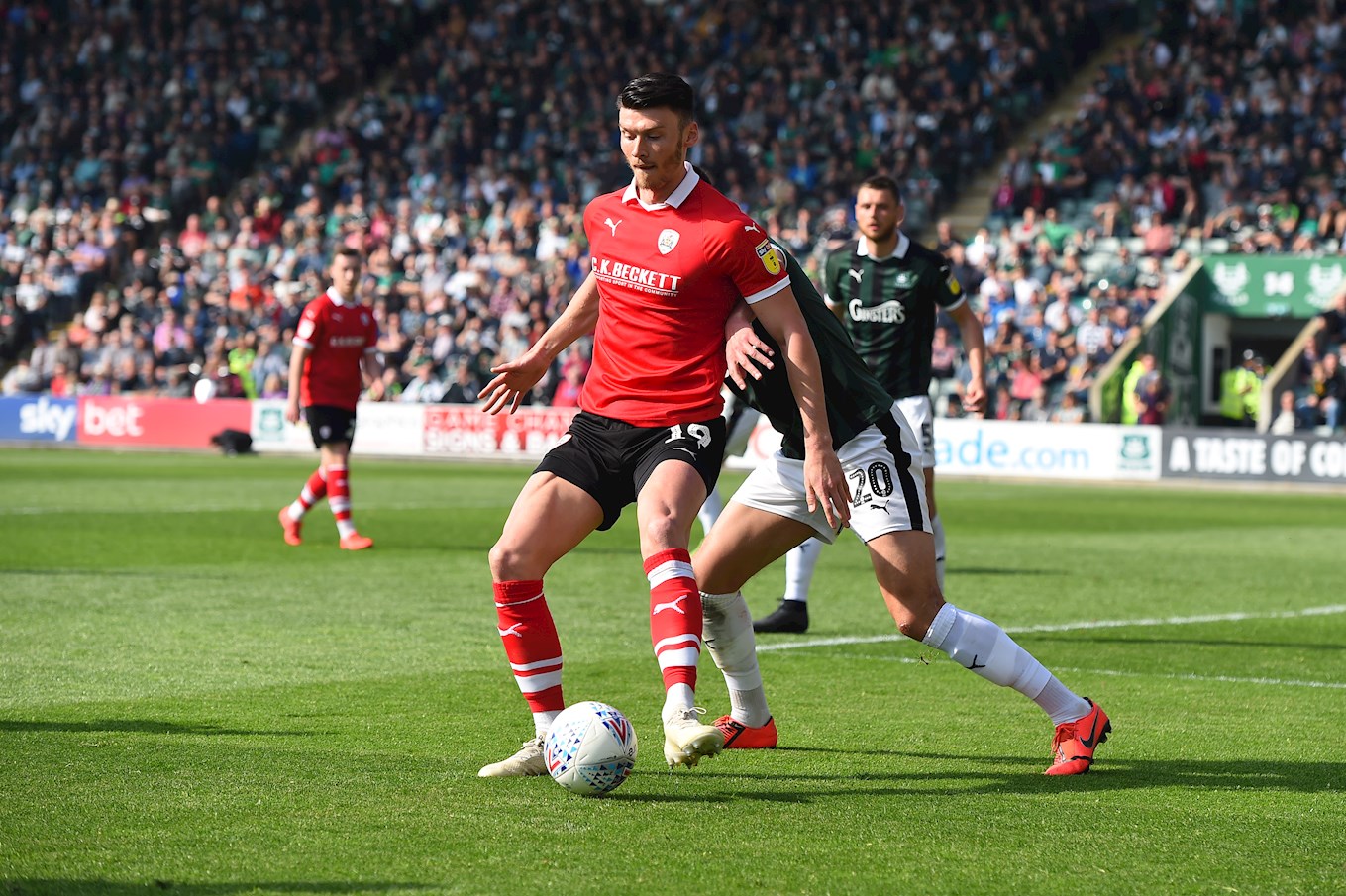 The welcome return to fitness and first team contention of striker Kieffer Moore has provided a timely boost for Reds boss, Stendel. The big forward made 20 minute cameo appearances in both holiday fixtures.

Young forward Jacob Brown scored in both Easter fixtures, he has three goals in his last three games and along with Alex Mowatt and Cauley Woodrow, he's helped the Reds re-discover their touch in front of goal, with the Reds hitting nine goals in their last three fixtures.

After making his surprise return from injury, Kieffer along with Dale Tonge spoke to the media in midweek to preview Saturday's clash with Blackpool, and both those pre-match press conference videos are available on iFollow Barnsley.

Until a couple of weeks ago, Blackpool still had an outside chance of breaking into the top six before this exhilarating campaign drew to a close. The Tangerines were just outside the playoff places following a 3-0 victory over Burton Albion back in November having lost only three of their opening 18 games.

But an indifferent run of form has since seen Terry McPhillips’ side win only seven of their next 26 matches, with home draws against Shrewsbury Town, Wycombe Wanderers, Southend United and Plymouth Argyle appearing to be particularly costly.

However, the Seasiders have shown their resolve against the division’s top teams – drawing at Charlton Athletic, Sunderland and Luton Town, while also securing a hard-fought 1-0 victory against Portsmouth back in January. They won 2-1 on Easter Monday, beating Fleetwood Town in the Fylde coast derby thanks to a last-gasp Nathan Delfouneso strike at Bloomfield Road.

One goal separated the two sides when we met at Bloomfield Road at the end of 2018, with Cameron McGeehan’s opportunist header just before the hour mark proving to be decisive.

Earlier this campaign, Blackpool knocked Barnsley out of the EFL Cup after staging a second half fightback to come from a goal down to win 3-1, courtesy of strikes from Michael Nottingham, Harry Pritchard and Armand Gnaduillet.

The Tangerines are one of only a handful of teams with nothing left to play for this season, so supporters can sit back and relax this afternoon and next weekend against Gillingham safe in the knowledge that they will return to Sky Bet League One action in August. 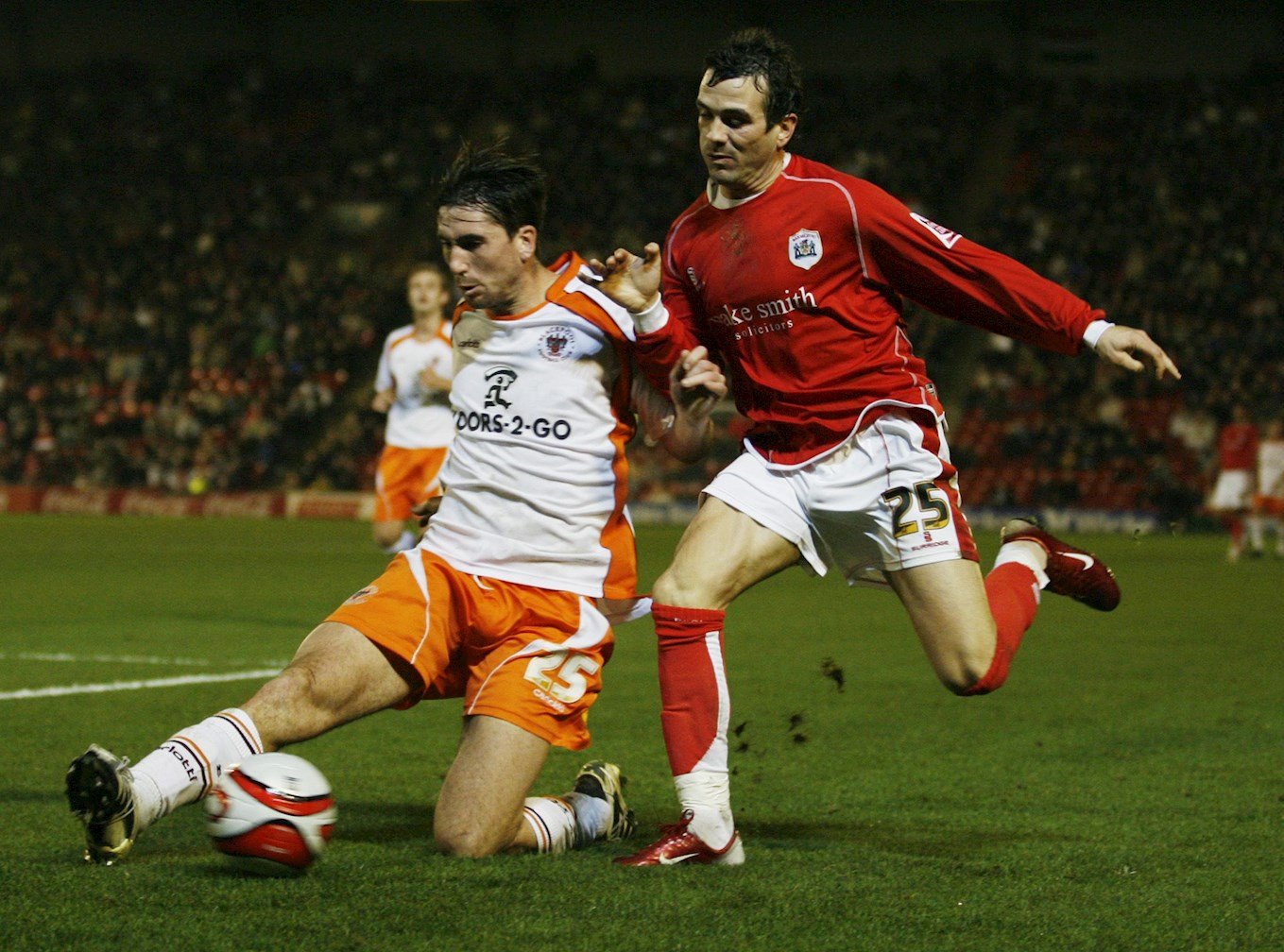 December of 2015 was the last time both sides met in league action at Oakwell. It was a resounding 4-2 triumph for the Reds.

The sides first locked horns way back in February of 1899, again at Oakwell and again a Reds victory, by two goals to one.

Barnsley's all-time record against Blackpool is an impressive one. The Reds have 45 wins to the Tangerines' 32.

If you're unable to make the match, head over to iFollow Barnsley for LIVE commentary from just before 3pm on Saturday.


Everything you need to know about our seaside clash with Blackpool this weekend!