Jack Walton is eager to make his first Sky Bet League One appearance of the campaign when Walsall visit South Yorkshire on Saturday.

The young stopper impressed during the Reds’ 2-1 victory over Oldham Athletic in midweek, and pulled off a stunning last gasp save to ensure his side claimed three points in their Checkatrade Trophy Group F clash.

“I was happy with my performance but it was good for the team and the lads who haven’t had much game time who showed what they can do,” said Walton.

“It was good to get back on the pitch – at the end of the day I want to play football and, I enjoyed being back out there on Tuesday and getting game time, and I’m looking forward to Saturday and playing again.”

After featuring for the last three games of the 2017/18 season, Walton has now established himself in the Reds’ first team set-up under Daniel Stendel.

The youngster, who has had loan spells with Stalybridge Celtic, is looking to build on his fine display at Boundary Park and give his Head Coach a selection headache for the future.

“I think I showed what I can do last season,” insisted Walton. “I’m happy for Adam [Davies] to have got the call-up for Wales; it’s a big honour to play for your country, but it’s a good opportunity for me now to get a game in the league after Tuesday in the cup, so I’m looking forward to it.

“Adam got the nod at the start of the season so it’s my job now to push him. He got four clean sheets on the bounce, so he’s doing well which is good for the team. But it’s my job to push him and try and get back in the team.

“I’ve come a long way and I’m happy with my progress, but I can always push to do more and I want to be in the first team and push to get that number one shirt.”

Walton signed a new three-year contract with the Club this summer following Stendel’s arrival at Oakwell.

The 20-year-old, who is now in his fifth season with Barnsley after joining from Bolton Wanderers, is keen to continue his development with the Reds and wants to help the side maintain their unbeaten start to the season this weekend.

“I’m delighted to have signed a new contract and secure my future here, so now it’s just time to buckle down and start working, keep improving myself and get as many games as possible,” said Walton

“We always want to win games, so it doesn’t matter if we’re unbeaten or not – we’re going to go out on Saturday wanting to win the game.” 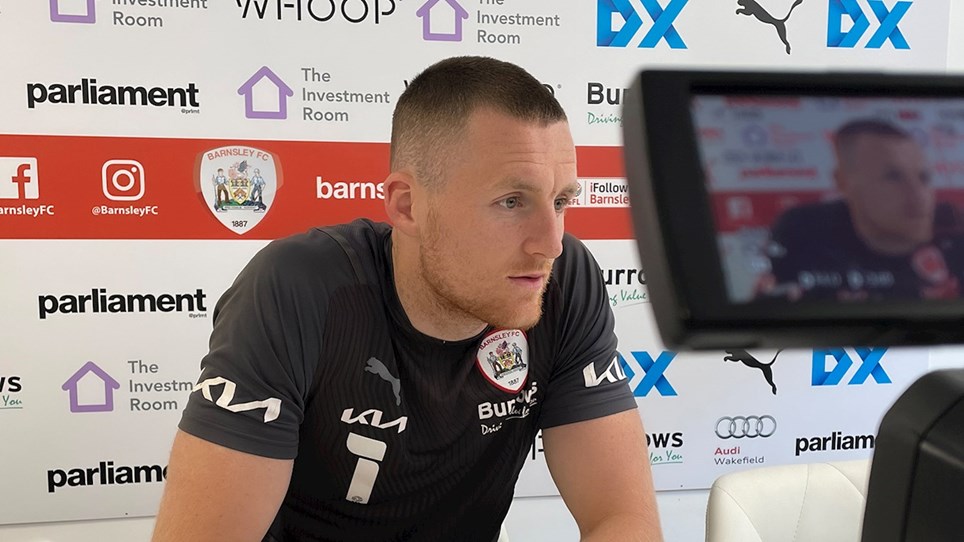