The Reds' Head Coach felt his side were fantastic for 65 minutes yesterday but made hard work of their latest victory.

Barnsley began September perfectly with their fourth win from six games played so far in Sky Bet League One.

However, despite adding another three points to their league total, Daniel Stendel was less than impressed with how his side let their standards slip in the second half and also asked for the Reds supporters to show his young side more encouragement in future in such circumstances.

"We have a very young side," he explained.

"And I feel the crowd were a little bit nervous in the second half. The players needed more encouragement from the stands.

"It's easy when things are very good to celebrate. When we're winning 4-0, 2-0. But it's not too easy to always play the best. And so we need the supporters to help our young team.

"We can't always be the best, control all the game.

"OK, we weren't at our best in that last 20 minutes. The game became too hectic, we were losing the ball too easily and not coping with Gillingham's long balls and winning second balls.

"But we win the game 2-1, we have the three points so we are satisfied with that." 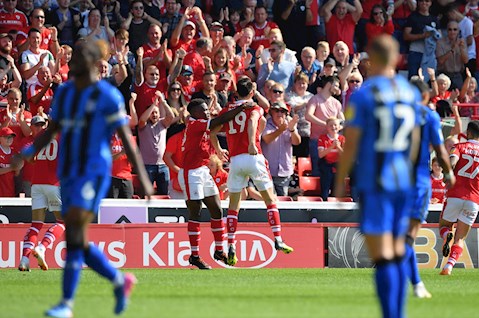 Holding out during that difficult spell late in the second half offered Stendel some positives to take from that period as he believes it shows a different side to his squad.

The Reds have not only swept sides away so far this season, they've now fought back from two-goals down as well as holding onto a lead in tricky circumstances.

"We're learning all the time," he told the press, post-match.

"It's very important for us to gain more knowledge. We learn from difficult situations. When not all is easy for us, when the opponent is pressuring us as they were today in that period, we learned to resist, to hold out and take the win.

"But we had so many shots again, chances to win this game in the first half. 2-0 should have been more. So we learn now to not make things harder than it should be. We will get better, it's going to take time.

"But I think my side shows in the first six games that we have many abilities to win games and we should have a good season." 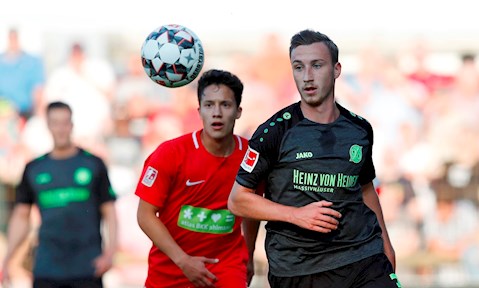 Barnsley completed the loan-signing of German midfielder Michael-Steven Bähre on Friday evening, with the youngster from Stendel's former club, Hannover in the stands watching the Gillingham victory.

The Reds' Head Coach believes he's a quality addition and an extra weapon in the side's armoury.

"He's a player I know well. He knows my style and I think he'll make our team better. He's very good in possession and can play in midfield, behind a striker or on the wings.

"So it's very positive and I'm looking forward to working with him again."