It was a case of too little, too late in a South Yorkshire derby of mixed emotions as Barnsley found themselves 6-0 down before half-time, thanks to a flurry of quickfire goals from Sheffield Wednesday.

A competitive second half followed, in which the Reds attacked and saw a lot more of the ball but the damage had already been done.

Despite the score line, at times it was clear to see the quality of Adam Murray and Tom Harban’s young side, who will now look to build some consistency heading into Thursday’s FA Youth Cup tie against Chester.

Barnsley began the game on the back foot, but withstood the away side’s early pressure with Harry Widdop saving well from a fierce shot by Jordan O’Brien in the opening stages.

Just before the quarter of an hour mark, though, Wednesday broke the deadlock. A poor clearance was picked up by Liam Waldock in the middle of the park, who then made a surging run into the final third before tucking his shot into the bottom left from the edge of the box.

A miscommunication in the Barnsley defence was then exploited by O’Brien as the Owls’ forward advanced with the ball and teed up Conor Grant to double the visitor’s advantage with a fierce shot across goal.

A third was added on 25 minutes, when Michael Ellern nodded in from close range before O’Brien grabbed the Owls fourth moments later. His initial penalty had been saved by Widdop, but he smashed into an open goal on second attempt when the ball fell straight back into his path.

Frontman Eyad Hammoud scored two goals in quick succession before the end of the first-half. First, he worked the ball onto his left and shot through a crowd of players from the edge of the area which beat Widdop in goal. Then, he latched onto a ball which the Barnsley defenders failed clear and fired in a low, powerful effort.

These proved to be the final goals of the contest and sparked a spirited team talk amongst the Barnsley players in the centre of the pitch.

After ending the first half looking more solid, the Reds started the second looking even stronger and applied pressure to the visiting backline. Substitute Sezgin Aleksiev had an opportunity to reduce the deficit, but was unable to keep his strike down.

The next chance arose when the hosts put together a good move down the flank and striker Kieran Feeney was found in the box, only to be closed down well by the opposition’s defence. Wednesday goalkeeper, Josh Render, also had to be alert to keep out Brad Binns’ good effort.

Emotions appeared to be running high as the half wore on. An altercation between Aleksiev and Josh Dawodu resulted in the pair being shown yellow cards.

In the final moments, Barnsley displayed some more neat play to cause the Owls trouble with Feeney going close and Kareem Hassan-Smith linking up well with Newton Sila-Conde.

The Reds will have a chance to gain bragging rights when they face Sheffield United in another South Yorkshire derby next Saturday but will first travel to Chester on Thursday evening, hoping to begin their FA Youth Cup campaign with a win. 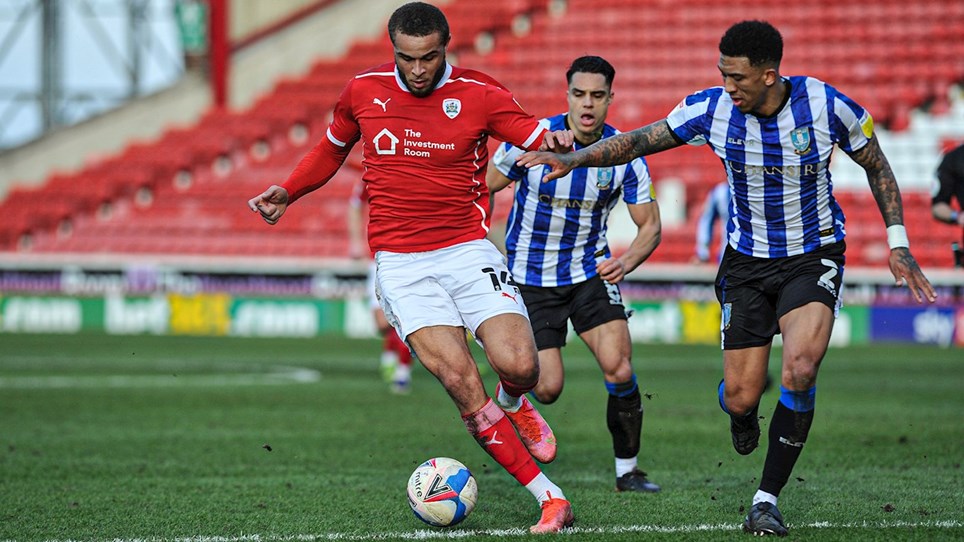 REDS TO FACE WEDNESDAY IN PRE-SEASON


Following his impressive display against Sheffield Wednesday on Saturday afternoon, Jack Walton says he was delighted to be back out on the pitch. 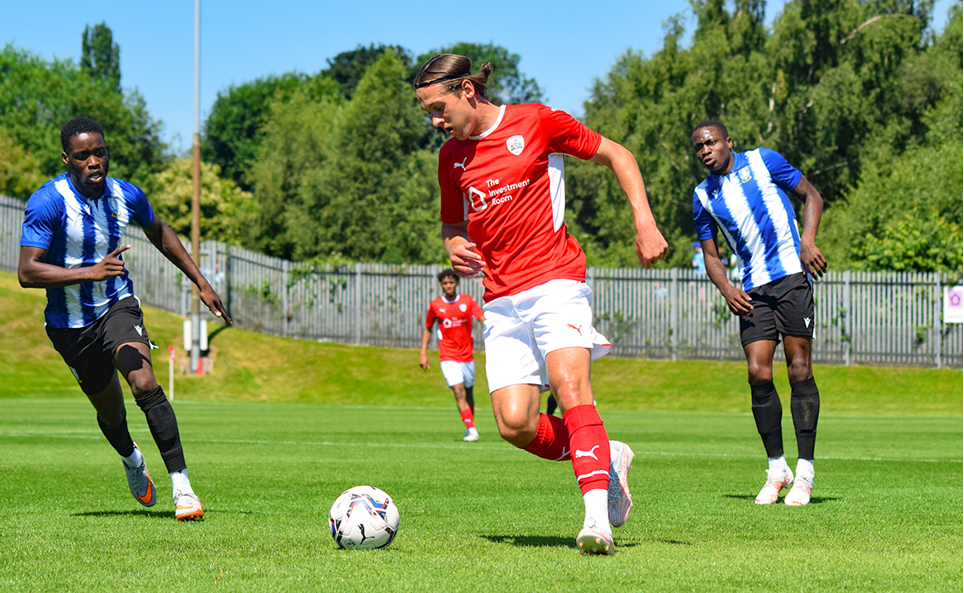 
The Reds continued their pre-season preparations with a friendly fixture against Sheffield Wednesday on Saturday afternoon and extended highlights are now on iFollow Barnsley.

REDS EDGED OUT IN DERBY


Barnsley’s Under 18s made it seven unbeaten in all competitions after a 0-0 draw Peterborough United on Saturday afternoon.