Adam Murray and Tom Harban’s young Reds put on a relentless performance as they hit seven past Crewe Alexandra at the Oakwell Training Complex.

There were four goals either side of half-time in a frantic contest on Saturday morning, as Barnsley showed no signs of rust to bounce back from a defeat to Burnley a fortnight ago, and in some style, too.

The home side dominated from kick-off and found themselves 4-0 up with just 29 minutes on the clock. The game appeared to open up in the second half, with Crewe showing more fighting spirit to grab a late goal. However, this proved to be a mere consolation as Barnsley had the bit between their teeth and added another three to their tally.

It’s a result that doesn’t lift the Reds from ninth in the Professional Development League 2 table, but the gap on this weekend’s opponents has been closed to a point.

From the off, Barnsley pressed Lee Bell’s side high up the pitch and Trialist, in particular, looked to be causing trouble on the flank and had a couple of efforts well saved by Sam Booth in the opening minutes. The visitors also had a chance to break the deadlock when they seized an opportunity from a wayward back-pass, but the Reds’ defence closed down the threat.

On nine minutes though, persistence paid off and the rout began when Kieran Feeney showed great composure before unleashing a powerful right-footed shot, which Booth failed to deal with in goal. Good work between Jacob Priestman and Rio Adebisi nearly saw the Railwaymen equalise, but the latter’s shot crept narrowly wide of the post.

Shortly after, the lead was doubled in a move which began with a sensational long-range effort by Kareem Hassan-Smith, which smacked against the cross bar. The ball eventually fell to the feet of Feeney, who was calm and collected once more before slotting a neat finish into the bottom corner.

Next came two quick fire goals just before the half hour mark, the first coming from Trialist, who capitalised on some poor defending and kept his cool after sprinting away and finding himself one on one with Booth. The second was smashed home by Barnsley’s 2017/18 Academy Player of the Year, Jordan Helliwell, whom the ball fell to after Crewe’s defence failed to deal with a cut back by Brad Binns.

Despite not having much to do, Henry Kendrick had to be alert to keep the visitors at bay before the end of the half.

In the second half, the Reds picked up where they left off and their intense pressure led to more clumsy defending by Crewe. Binns made the most of this, intercepting well in the final third before chipping the ‘keeper beautifully to get on the scoresheet in his first competitive game after nine months out.

This was a wake-up call for the Alex and the game became a fast end to end contest, with Connor Heath rising highest and seeing his headed effort tipped onto the bar by Kendrick moments later.

There was slight controversy when Booth fumbled a Tommy Willard header with around 30 minutes to go and appeals were made for the ball crossing the line. Fortunately, this did not overshadow an exciting encounter and Willard eventually got the goal his performance deserved in the 76th minute. Substitute, Sezgin Aleksiev displayed fantastic footwork out wide, and his whipped ball into the centre found Willard, who’s first touch was excellent and his finish even better.

Murray and Harban were vocal on the touchline and stressed that the team try and hang onto the clean sheet with ten minutes remaining, although this wasn’t to be. A Crewe corner led to a scramble in the box and Kendrick was unable to reach Adebisi’s deflected effort.

Yet it was the Reds who had the last laugh as Willard finished off a fast counter-attack in the dying stages with a fierce shot across goal to pick up his second and Barnsley’s seventh.

Barnsley will now head in to next weekend’s Yorkshire derby with Leeds United full of confidence and looking to build on this impressive victory.


Preparations for the 20/21 Sky Bet Championship campaign have been finalised. 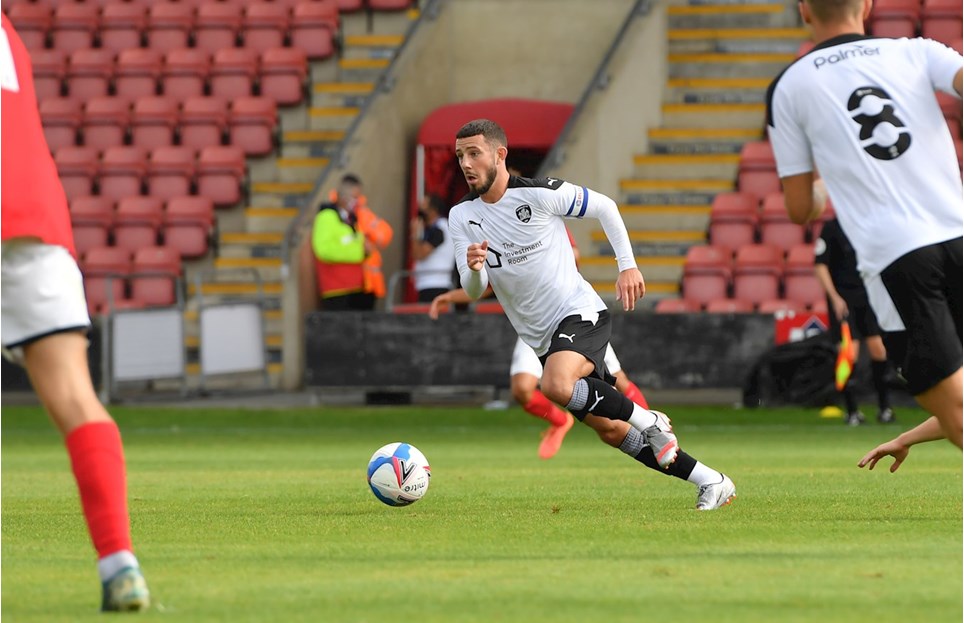 WATCH THE HIGHLIGHTS FROM CREWE 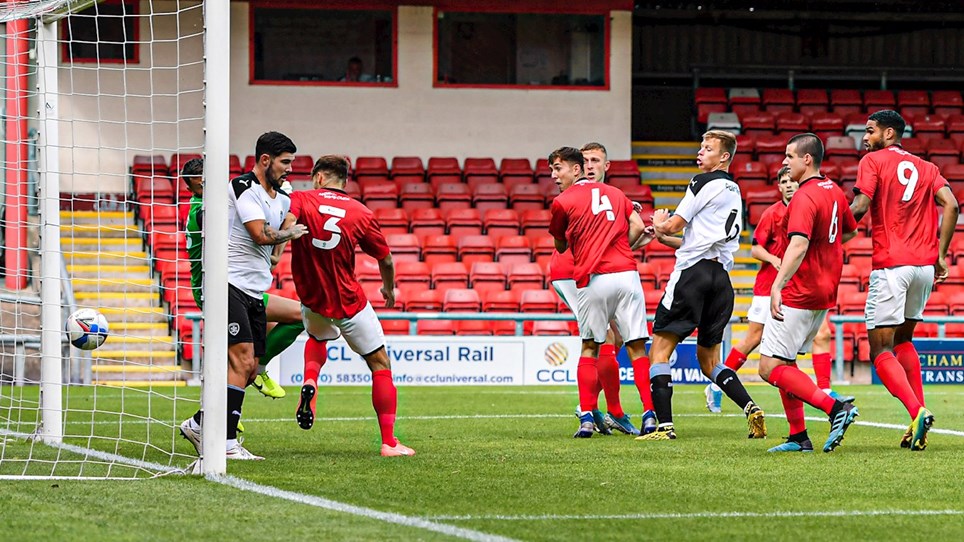 
Following our pre-season victory over Crewe Alexandra on Saturday afternoon, Mads Andersen insists Barnsley are still aiming to improve before the new campaign gets underway next month. 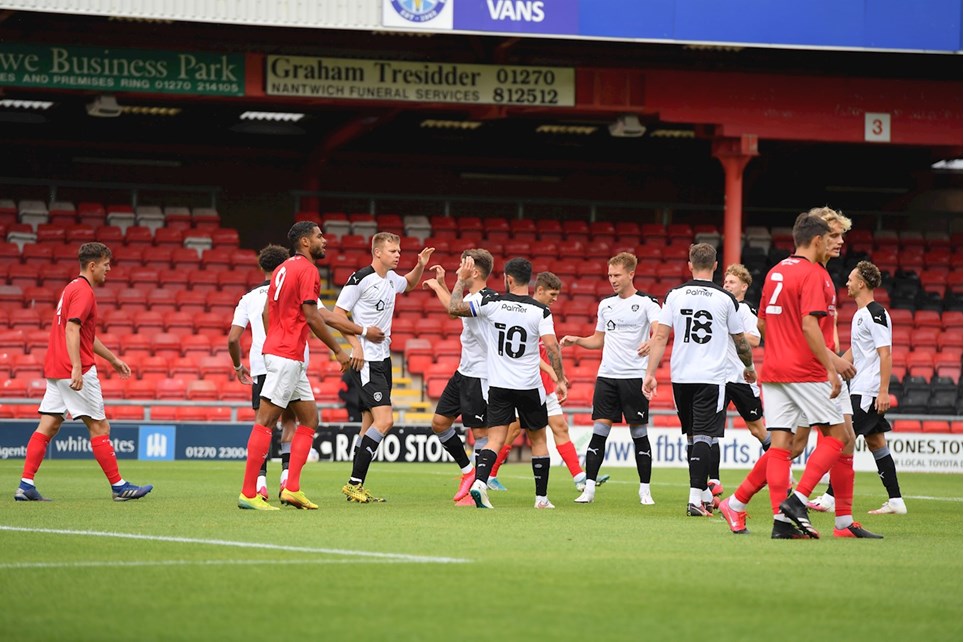 THE BEST PICTURES FROM GRESTY ROAD


Barnsley ran out 2-0 winners in a pre-season friendly against Sky Bet League One Crewe Alexandra.


Barnsley U18s got their 20/21 Professional Development League campaign off to the perfect start with a resounding 4-0 win over Nottingham Forest on Saturday morning.


Sedate Barnsley performance punished by Hatters on a day where nothing went right for the Reds. 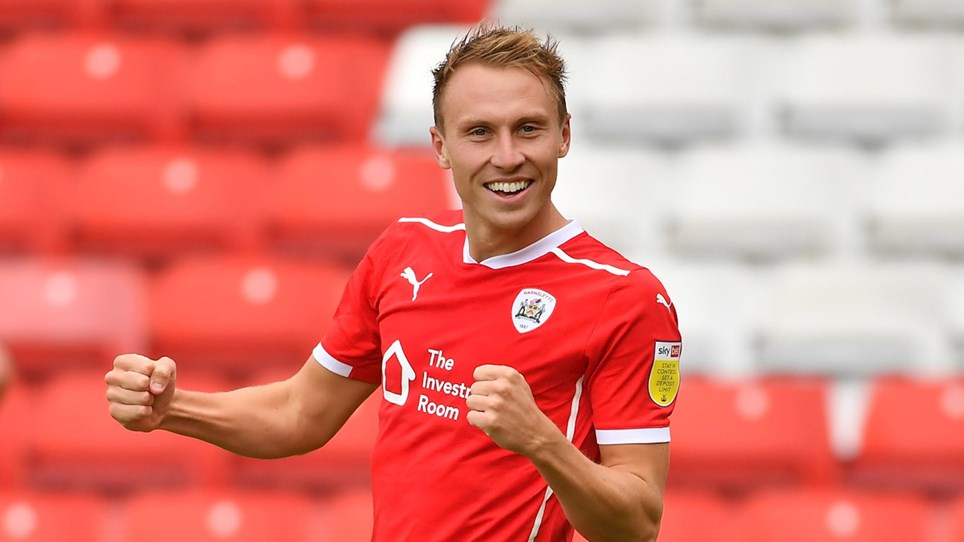 REDS THROUGH IN CARABAO CUP WITH FOREST WIN


Barnsley progressed to the second round of the Carabao Cup following a 1-0 victory over Nottingham Forest on Saturday afternoon.