The Reds head to Shropshire for a Tuesday night meeting with Shrewsbury in Sky Bet League One and we've got you covered with our big match preview.

Following Saturday's second loss of the 2018/19 campaign, Barnsley Head Coach, Daniel Stendel will be looking for a quick and positive reaction as the Reds pitch up at the Montgomery Waters Meadow for a 7.45pm kick off.

The 2-0 reverse in Charlton at the weekend ended a fine run of recent form for Stendel's men and with hosts Shrewsbury currently struggling, hovering just above the drop-zone, it could be an ideal time to get back to winning ways. 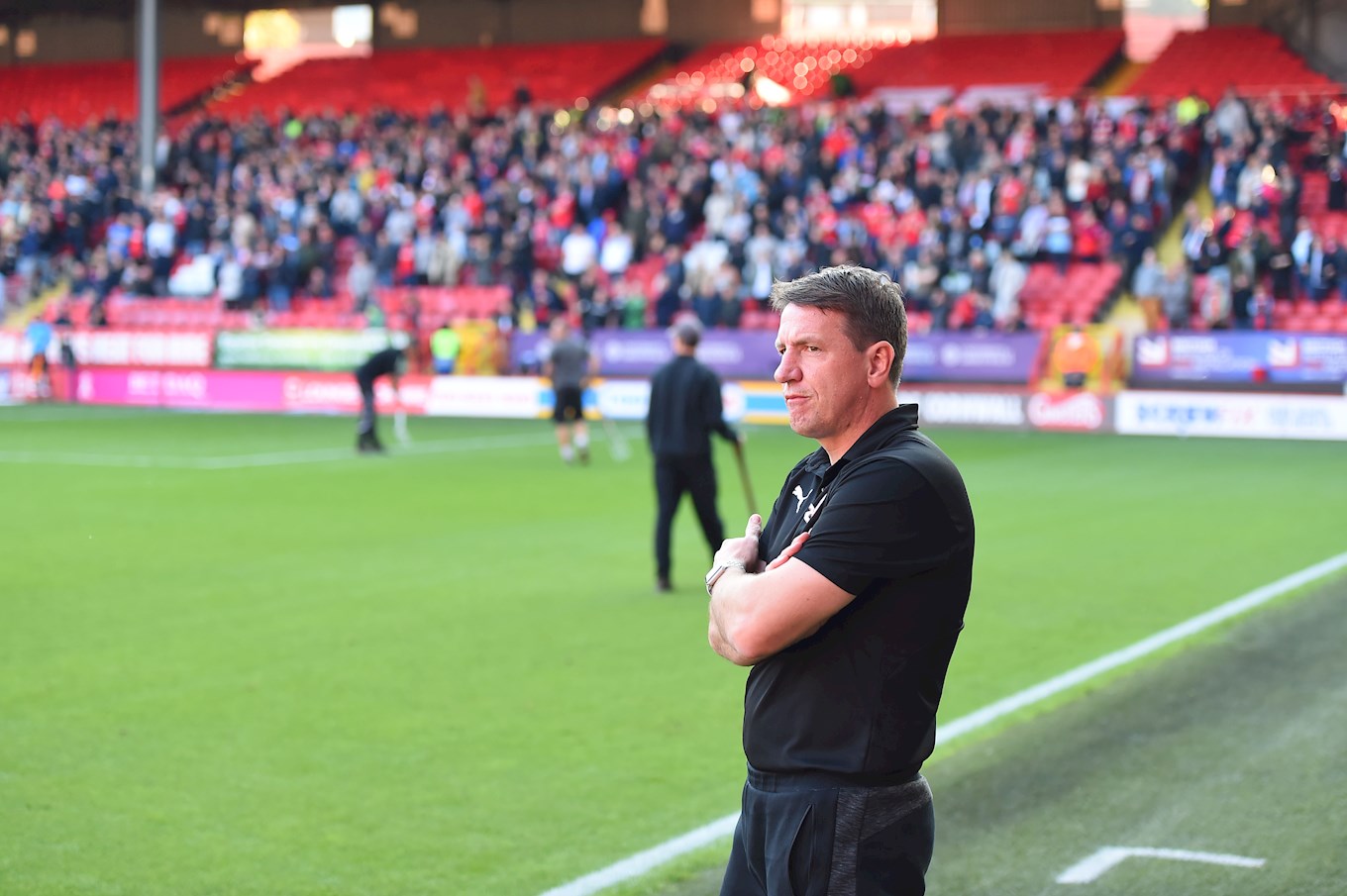 The Reds have an almost fully-fit squad to choose from, with the likes of Zeki Fryers, Cauley Woodrow and Lloyd Isgrove returning to full training this week. Barnsley will be without Dani Pinillos however, with the Spaniard having to sit this one out after picking up his fifth yellow card of the season at The Valley on Saturday afternoon, earning him a one-game suspension.

This game may come a little too soon for the returning Fryers, so Ben Williams could be in the box seat for another start, or perhaps a change of system might be the order of the day, as Andreas Winkler alluded to in his pre-match press conference this week.

The fans' choice as Player of the Month for both August and September, midfield maestro Alex Mowatt also faced the press this week where he helped dissect the defeat at Charlton and looked ahead to Tuesday's trip to face the Shrews.

The manager of Shrewsbury Town, John Askey also faced the press ahead of the clash and he spoke highly of Barnsley.

“Barnsley are probably the best footballing team in the league that I have seen.

“It will be tough on Tuesday, but there is nobody yet who has taken us apart, so we have to take the positives from that.

“We need to keep going, keep working and perhaps a little bit harder to make it happen.”

The Shrews are currently 18th in Sky Bet League One and have won just two matches so far. Whilst low scorers, having netted only 11 times, they've conceded just 15 and haven't really been on the end of a big defeat as yet.

They might well be without Shaun Whalley who is seen as their key threat from a wide right position. He took a knock at the weekend and is unlikely to have recovered in time for this match. 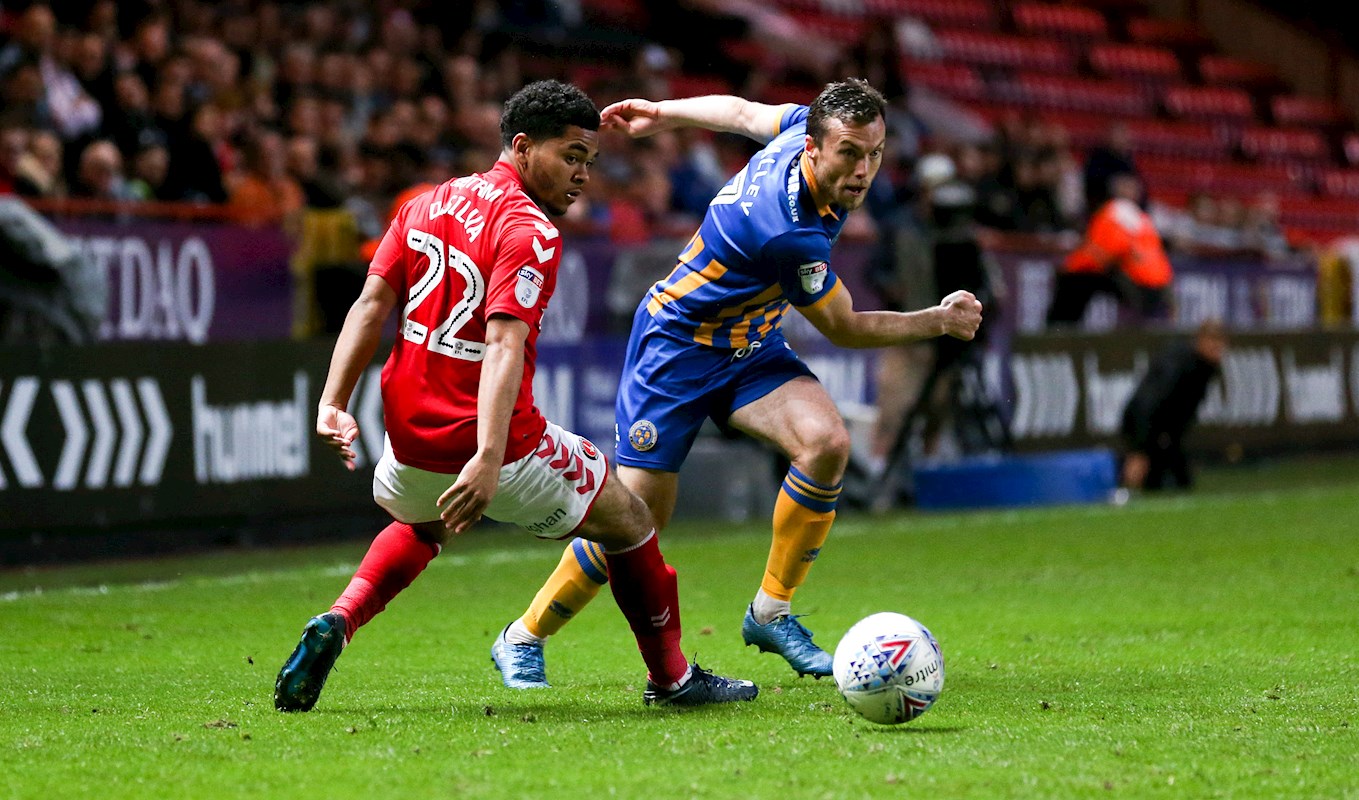 Following last season's playoff final defeat against Rotherham United, Town have had to cope with the departure of manager Paul Hurst and a host of players who acquitted themselves very well at this level.

So it's a rebuilding process that's underway in Shropshire and Askey and co will be hoping they're given the time to implement their own ideas and get the club moving back up the league table. A win against the Reds would be a huge boost in that direction.

The last time this fixture was played at this level was 2016's 3-0 victory for Barnsley, with Sam Winnall bagging twice and Alfie Mawson adding a third in the second half. 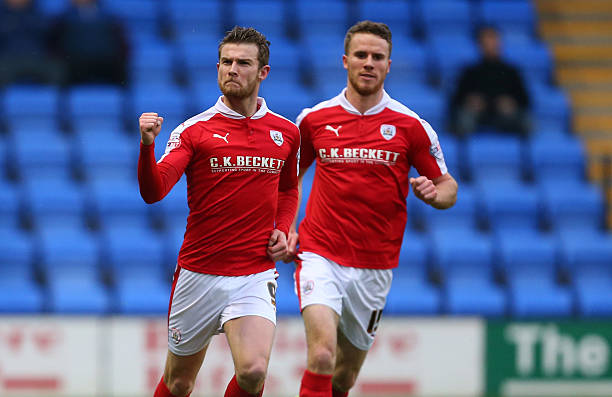 Tune into iFollow Barnsley from 7.30pm for full, LIVE coverage with audio commentary and match streaming for both UK and overseas subscribers!