Football Federation Australia (FFA) can advise that Barnsley FC midfielder Kenneth Dougall will replace Huddersfield Town’s Aaron Mooy in the Caltex Socceroos’ squad for this week’s training camp in the United Arab Emirates (UAE), as well as next week’s international friendly against Kuwait.

Caltex Socceroos Head Coach Graham Arnold said: “I have spoken to Aaron (Mooy) as well as Huddersfield’s Sporting Director Olaf Rebbe, and our medical teams have also been in communication over the past 48 hours.

“While it’s a pity that Aaron won’t be joining us for this camp, Aaron’s ability and importance to both teams is clear, so it is paramount that we help him manage his fitness for the long term benefit of both club and country.

“Kenny (Dougall) performed strongly in his first Socceroos camp in Turkey, and will now receive another opportunity to impress as we continue to add to the pool of players capable of performing for Australia on the international stage.”

When Dougall arrives in camp in the Middle East on Tuesday morning (local time) he will take the total number of uncapped players in Arnold’s squad of 24 in the UAE to five. A further eight players in the squad have eight caps or less, highlighting Arnold’s focus on the future.

Australia and Kuwait have played 11 matches at senior men’s international level in the past, with the first meeting between the two nations coming in Sydney in 1977, and the most recent being played in Melbourne during the opening match of the AFC Asian Cup in 2015, where Australia won 4-1.

Following the October FIFA window, the Caltex Socceroos will return to Australia in November. On Saturday, 17 November 2018 the Socceroos will play Korea Republic at Suncorp Stadium in Brisbane, before meeting Lebanon on Tuesday, 20 November 2018 at ANZ Stadium at Sydney Olympic Park. 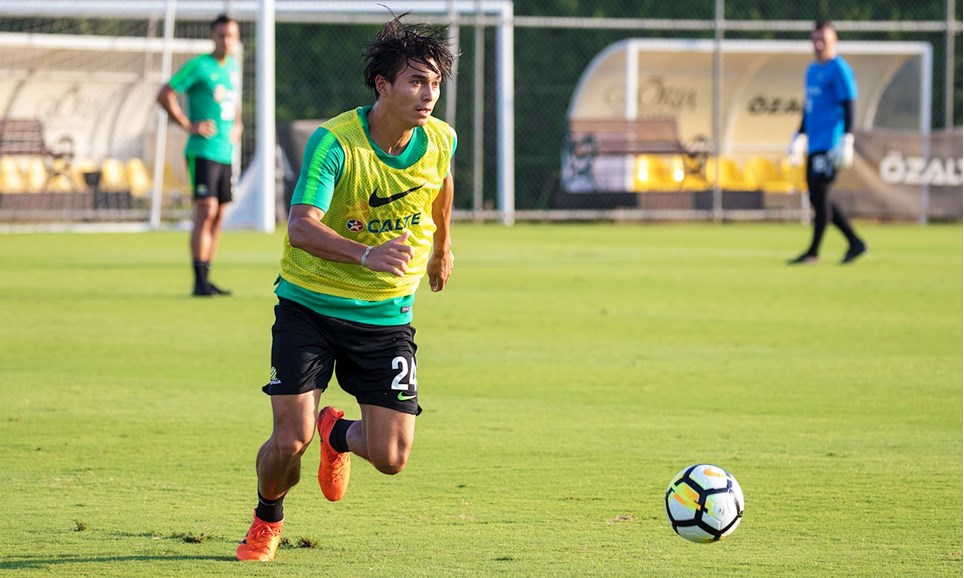 
Midfielder included in Australia squad for game in November.