The data collection is over!

With the highly-anticipated launch fast approaching, current season ticket holders and other Reds fans now have their name included in the celebration of Barnsley FC’s history.

Reds in the Community, a registered charity delivering community and charitable activities on behalf of Barnsley Football Club, celebrated the club’s 130th anniversary by involving supporters and the wider community in exploring and telling the story of Barnsley FC and its home ground, Oakwell.

Local people and supporters highlighted the ‘living’ nature of the heritage of the football club and told Reds in the Community staff that they wanted the story of the club to be told through players’, managers’ and supporters’ stories.

Volunteers contributed their skills and knowledge to the ‘Our Club, Our Ground, Our Past, Our Future’ project, getting involved in a range of tasks from interviewing players, staff and supporters, past and present, to collecting Barnsley FC photographs, documents and stories.

Reds in the Community invited supporters to contribute their memories and experiences of supporting Barnsley FC to the project to help us to tell the story of the club.

Manchester-based design company, The Office of Craig, has been working with Reds in the Community and the ‘Our Club, Our Ground, Our Past, Our Future’ Project Advisory Group, which includes Barnsley FC’s Club Historian, David Wood, along with members of the Barnsley FC Supporters Trust and other interested supporters, on heritage displays for Oakwell.

Reds’ memories, reflections and stories make up the majority of the display, but Barnsley Football Club’s heritage is a living heritage and we are each involved in building the club’s future.  For this reason, Reds in the Community and Barnsley FC were keen to conclude the ‘Our Club, Our Ground, Our Past, Our Future’ displays with a roll call of current season ticket holders and supporters.

Please note:  The deadline for inclusion was Friday 2nd November 2018.


Once again, Reds' Chief Executive Officer met with members of the press this week to talk through a number of subjects.


The Reds beat Nottingham Forest at Oakwell in 2010… but can you name our starting XI? 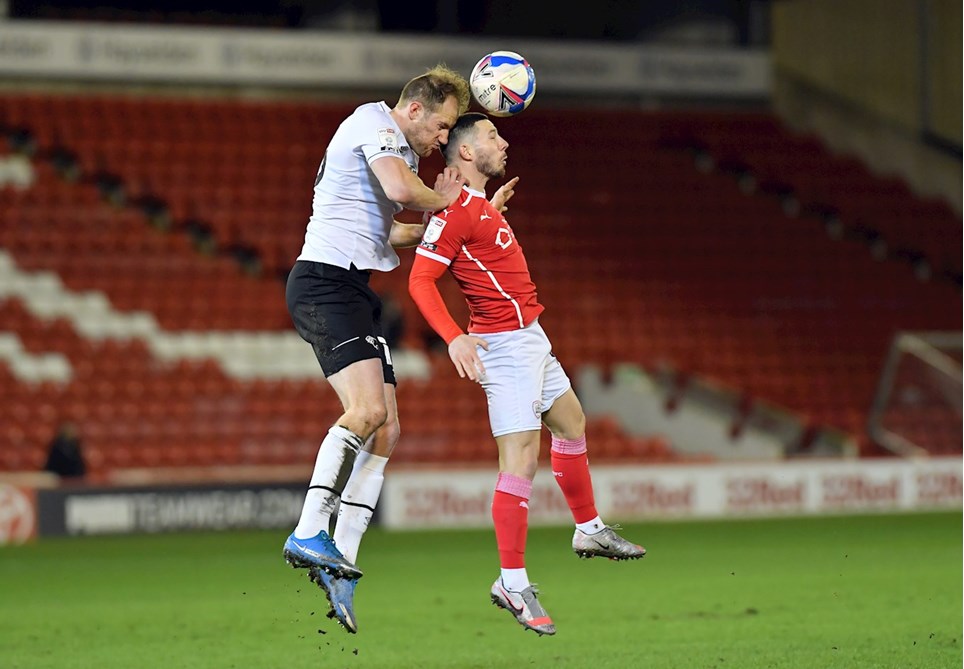 
Following Wednesday night’s goalless draw against Derby County, the Reds are unbeaten in ten and remain sixth in the Championship.

AN UPDATE FROM DANE MURPHY


Our Chief Executive Officer has spoken with the media today on a number of topics, which we've outlined in brief below!


Our supporters can watch the Reds against the Sky Blues this Sunday on iFollow Barnsley!


The dates have been confirmed for the Sky Bet EFL Play-Offs with 12 fixtures set to take place over 7 days across the Sky Bet Championship, League One and League Two.


Monday sees the re-opening of Oakwell, alongside additional sales in the Reds Superstore.