Barnsley U18s were beaten 2-1 by Chester in the first round of the FA Youth Cup on Thursday evening.

Kareem Hassan-Smith put the young Reds ahead on the half-hour mark, but goals from Will Goodwin and Cain Noble within four minutes turned the game on its head as the hosts set up a tie against Mansfield Town.

The visitor’s cause was made tougher still as Hassan-Smith was dismissed just eight minutes after the break.

Chester started brightly and came close to breaking the deadlock in the opening exchanges when Noble took aim from range, but Henry Kendrick turned the ball away down to his right.

Barnsley eventually began to grow into the game and Kieran Feeney tested Ben Gale from the edge of the area, but the Blues’ stopper was equal to his effort and pushed it around the post.

Then, a moment of brilliance from Hassan-Smith as he burst down the right flank, cut inside his man and rifled a low shot that fizzed under Gale and into the far corner.

It was no less than the Reds’ sustained pressure had deserved but the hosts hit back instantly. Stuart Crilly fired a low drive across goal that Kendrick brilliantly kept out, but Goodwin reacted quickest to slam home the rebound from inside the six-yard box.

Within a couple of minutes, Chester were ahead as a George Molyneux’s free-kick caused mayhem in the box and Noble was on hand to drill home through a forest of legs.

Barnsley began the second half on the front foot and looked to exert more pressure on the Blues’ goal but, from a Reds’ free-kick, the hosts broke and Hassan-Smith brought down Lloyd Marsh-Hughes clean through on goal. The young right-back was the last man and was shown a straight red card by referee Kristian Silcock.

The visitors pushed hard for an equalising goal that would have forced extra-time, and substitute Michael Ononye almost levelled when his header flew narrowly wide of the upright.

Tommy Willard then stretched to reach Feeney’s dangerous cross as Barnsley continued to pile on the pressure, before Ononye again came agonisingly close with a header that flashed across the face of goal.

Midfielder Sezgin Aleksiev saw a low shot deflect wide as the game ticked into seven minutes of additional time, but the Reds couldn’t find that second goal and the hosts held on to claim a place in the second round. 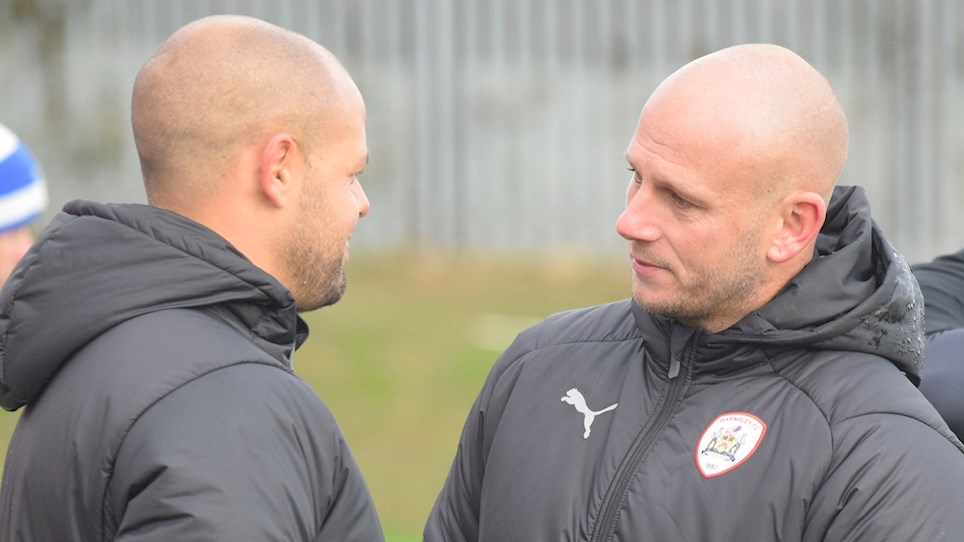 Murray: "We'll go there with confidence."


Barnsley U18s travel to Chester on Thursday evening looking to progress to the second round of the FA Youth Cup. 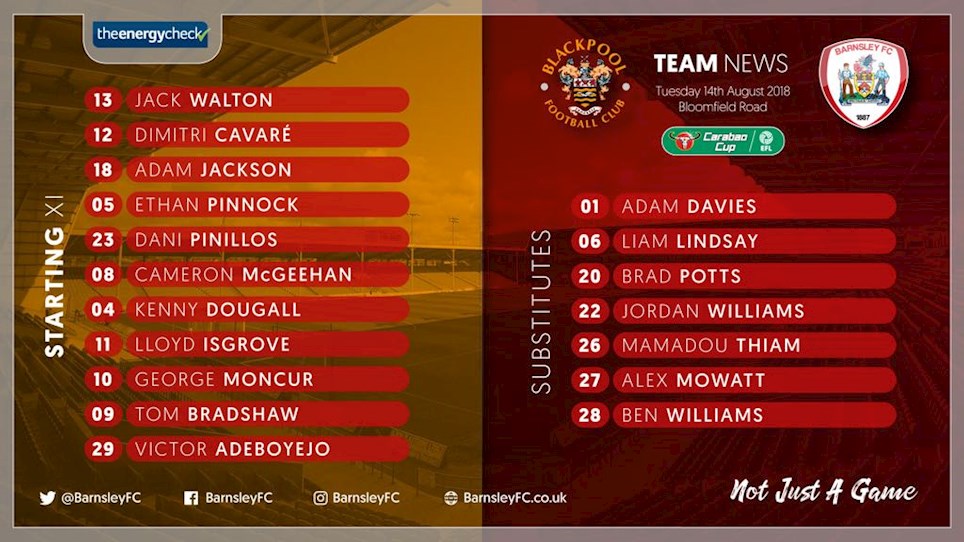 
Here's how the Reds line up this evening for our Carabao Cup first round tie against Blackpool.