The Reds are relegated to League One following a disappointing afternoon on the final day of the 2017/18 season.

Naming an unchanged side from the win over Brentford last weekend, José Morais looked to keep things the same in an attempt to avoid the dreaded drop.

The Reds started the game on the back foot, with Jack Walton pulling off a smart save to deny Marcus Olsson before Ethan Pinnock threw himself in front of a dangerous shot from Andreas Weimann to keep the scores level.

This slow start was made even worse when the reds found themselves a goal down on the 15-minute mark.

Bradley Johnson’s precise pass was latched onto by Cameron Jerome, who got the right side of Andy Yiadom and smashed the ball into the roof of the net leaving Walton with no chance.

Things almost got worse for the Reds on 25 minutes when Richard Keogh’s effort rebounded off the crossbar and was put in to the net by Cameron Jerome. However, the referee blew to penalise Keogh for handball.

Barnsley’s best chance of the half came when Liam Lindsay met Adam Hammill’s cross, but his header went narrowly wide of the Derby post.

Derby left-back Olsson limped off injured shortly before half-time after a tangle with Connor Mahoney; Matej Vydra replaced him.

The second half began in much the same style as the first, with the home side dominating the opening exchanges, the Reds well off the pace and looking devoid of ideas and/or confidence.

Derby doubled their lead on 56 minutes when Cameron Jerome powered down the right-hand side and squared for substitute Vydra to tap in from six yards out.

Morais attempted to get his side back in to the game by bringing on Mamadou Thiam for Brad Potts shortly after the hour mark, but his attempts would be in vain.

The introduction of David Nugent for the home side on 66 minutes inspired them to finish off the game.

First, just two minutes after his introduction, Nugent was found at far post by Vydra and headed the ball into the back of the net via a deflection to put his side three goals in front.

Moments later, Nugent turned provider and squared the ball for Tom Lawrence who converted a tap-in to put the game well and truly beyond Barnsley.

Having replaced Mahoney 10 minutes earlier, George Moncur grabbed a beautifully hit consolation goal after 80 minutes to reduce the arrears, but it was too little, too late for the Reds who are back in the third tier and now seeking a new Head Coach following Morais' dismissal within an hour of the match concluding. 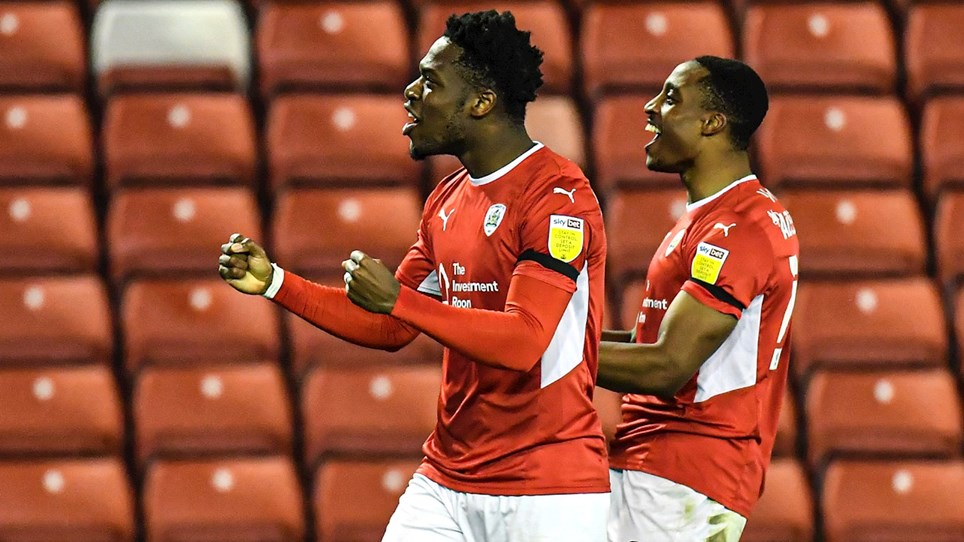 REDS COME BACK TO BEAT DERBY


Barnsley ran out 2-1 winners over Derby County on Tuesday evening to end a run of seven straight defeats and give Joseph Laumann the perfect start to his spell as interim head coach.