We caught up with former Reds captain Paul Reid recently!

There’s been something of a change of direction for one of Barnsley’s most successful defenders of the 21st century.

Former skipper and centre half Paul Reid recently announced his retirement from the game after an 18-year career that amounted to 442 appearances in the Football League, 128 as a Red and a promotion campaign that he ranks as his greatest achievement as a player.

And rather than jumping into coaching, as many ex-pro’s frequently do when calling time on their careers, Paul is taking a slightly different approach to life after hanging up his boots.

As he explained when we spoke to him recently upon hearing of his retirement: “It’s been coming!” He told us.

“I’ve known for the last couple of years really if I’m honest. I’ve still been registered as a player but my off-field commitments have practically taken over.

“It’s been a gradual thing, knowing that ‘right’, that’s it, I’m going to stop playing. And now I’m at that point, where I’m comfortable to move on with the rest of my career off the pitch.

“I’m the Head of Recruitment at Eastleigh Football Club now. I’m in charge of the club’s recruitment strategy, I’m putting in place the procedures needed to sign players. That can mean working with the management, the scouting network and of course, analysis.

“We’re a National League club, and it’s a fantastic football club, let me tell you.

“It’s a really exciting place to be, all the facilities, the setup is geared up perfectly for league football.

“It’s all about getting it right on the pitch now.” 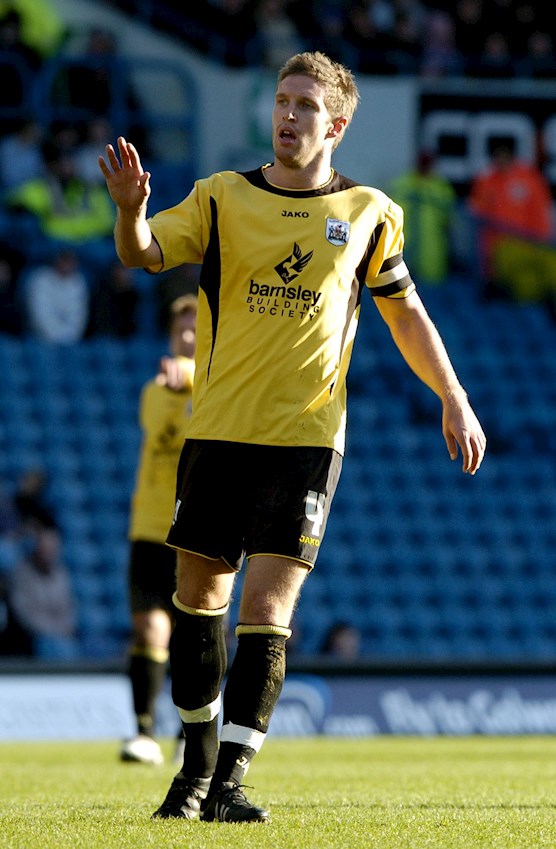 Eastleigh have enjoyed plenty of success in the last decade or so, rising up the non-league pyramid with three successive promotions.

They enjoyed three top eight finishes once in the Conference South, in 2009 losing out in the Play-Offs and reached the FA Cup first round for the first time in their history in 2010.

The Spitfires did gain promotion in 2014 and a year later earned a reputation as cup giant-killers when after seeing off Stourbridge and Crewe Alexandra in the FA Cup, they eventually fell to Championship outfit Bolton Wanderers 3-2 in a third round replay, a game in which Reid starred in defence.

The former Red tells us that it’s not been as fruitful on the pitch recently.

“The former chairman, Stewart Donald (recently taken over at Sunderland) came in six or seven years ago and basically transformed the whole club.

“There was huge investment in the playing staff and the infrastructure off the field which culminated in us getting into the National League a few years ago.

“But we’ve lost our way a little bit on the pitch in the last couple of years.

“There’ve been a lot of managerial changes, changes behind-the-scenes now too and so the focus has to be on stability, and making sure everything on and off the pitch is in sync.

“We’ve a hospitality building behind one of the stands, that’s been extended and we’re looking at building a hotel at the other side of the ground. The setup is so progressive and so it’s now about ending the stagnation on the pitch, because as I’ve said, this is a Football League club in waiting.”

Let’s rewind a decade or so and focus on ‘Reidy’s’ time at Oakwell, which he happily describes as the ‘time of his life’.

Signed by the Reds in the summer of 2004, Paul went on to make well over a hundred appearances for the club and was captain on that famous afternoon in Cardiff when Barnsley defeated Swansea City in the League One Play-Off final on penalties to secure a return to the second tier of English football.

“I could easily talk about that all day!” He said to us, laughing.

“Everything just came together for us that year. We had a fantastic set of lads and I’m sure others from that squad will have said this to you already, but we had unbelievable team spirit.

“You’re talking about lads who are 10 years now down the line and I could literally phone any one of them up right now and it’d be like we’d only seen each other yesterday.

“We just have that bond.

“Myself and Bobby Hassell are currently doing a Masters Degree together, so we’re up in Manchester every month together so we’re obviously spending a lot of time talking about the club and our memories and of course, it’s easy for me to keep track of how Barnsley are getting on with all the lads I know who still work there.

“I like to think I’ve always kept in touch myself after leaving. It’s a special club to me and played a huge part in my career, my life.” 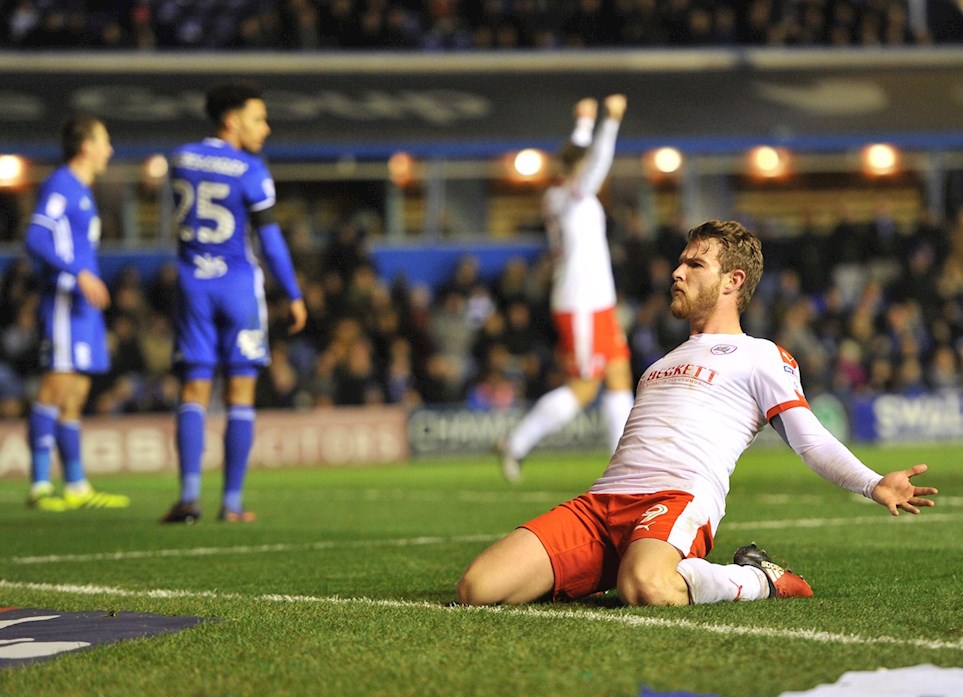 
Ahead of Saturday’s Sky Bet League One clash with Scunthorpe United we caught up with a player who represented both clubs with distinction - the prolific Sam Winnall! 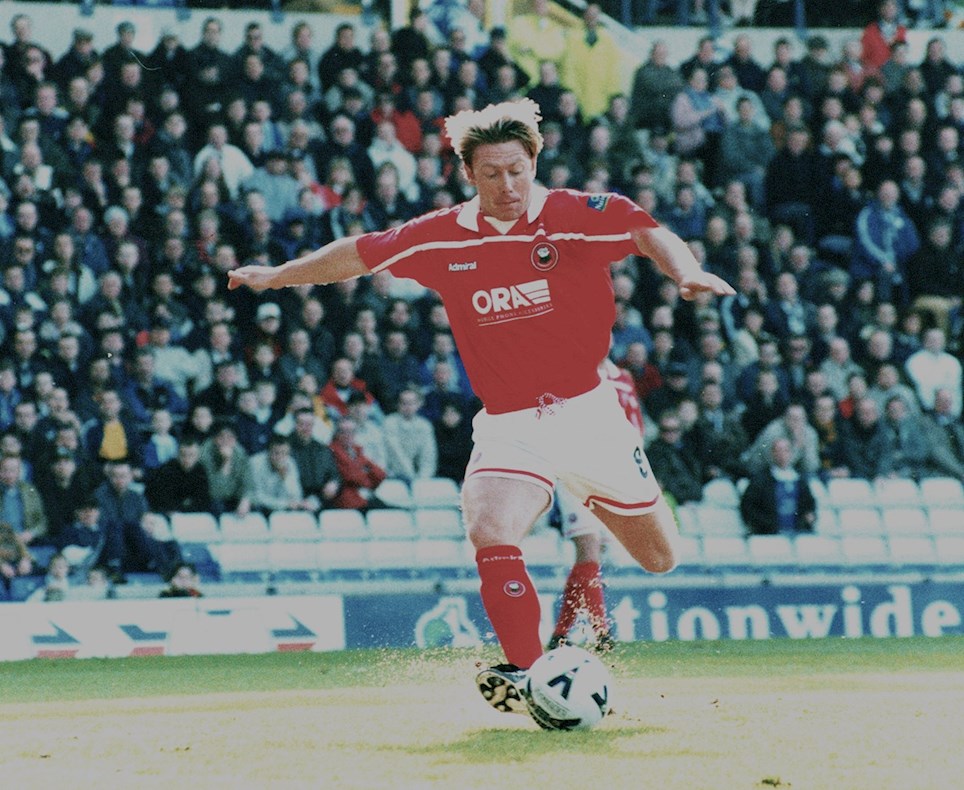 
We caught up with one of the greatest players to pull on a Reds shirt in the modern era, ahead of Saturday's meeting with Coventry City.