Reds winger Ryan Hedges was called up to the Welsh squad earlier this week and we caught up with him ahead of the latest round of international fixtures.

After making his international debut against Panama in November, followed by an appearance against Uruguay in March, former Swansea City man Ryan Hedges has linked back up with the Welsh squad as they prepare to face Mexico next Tuesday. The friendly is being held in California, USA and Ryan is joined in the travelling group by Reds teammates Adam Davies and Tom Bradshaw.

The popular forward was naturally delighted to get the call alongside his Barnsley colleagues and spoke of his pride in playing for Welsh legend, Ryan Giggs who recently replaced Chris Coleman as Wales manager.

“I am really enjoying it," Hedges told us.

“I want to build on my experiences previously with Wales and hopefully get a third cap. It’s great to be here with 'Davo' and 'Bradders' as well.

“We are all close and myself and Bradders have built a good partnership as a winger and striker so hopefully that benefits us both going forward with Wales and Barnsley.

“I am a Manchester United fan and a Welshman and a winger, so obviously Ryan Giggs is my idol!

“To work with him is a fantastic experience and I am learning a lot. It’s a massive confidence boost for me after a difficult couple of months that he has kept faith with me and put me in the squad.”

Despite a promising start to the 2017/18 season in which he scored three goals in the first four games, Ryan wasn't rewarded with a regular run in the side under either of the campaign's two Head Coaches.

He admits the frustration was difficult after a bright opening to what he'd hoped would be his breakthrough season at Oakwell, but acknowledges that if he keeps working hard he can hopefully become a more permanent fixture in the Reds side next season.

As he explained to us, saying: “It’s never nice to be relegated but especially when you are left out of the team and don’t have a chance to make an impact on the team.

“It was frustrating, I felt I'd started really well but couldn't tie a place down. Then I was injured around Christmas so missed a lot of games in a short period, then the new manager came in and I never really got back in the side.

“The last few games were probably some of the toughest times I have had because I just wasn’t involved at all at such an important time for the club.

“Next season I want to be starting most if not all the games, scoring and creating goals and helping Barnsley get straight back into the Championship.”

With Barnsley now having to prepare for a season in the division below, Hedges tells us that the pain amongst the fans is shared by the players and that the motivation is huge in terms of righting the wrongs in 2018/19 and getting the Reds back in the Championship at the earliest juncture.

“It was a suckerpunch and all the lads are hurting," Ryan admitted.

“It was a bad day at Derby. It was good to be in with the fans that afternoon, they're a credit to the club and I know how much they are hurting too. But we have to look forward now and try to put it right next season.

“We have a really good squad and promotion has to be the aim.

“A lot of us have experience of League One and we know we can do well.

“We’re all looking forward to coming back for pre-season, getting to know the new coach, whoever that may be, then going again for next season.”


Three Barnsley players have been named in the Wales squad to face Mexico at the end of May.

International Duty for Bradshaw and Hedges!


Barnsley duo Tom Bradshaw and Ryan Hedges have been called up to the Wales squad. 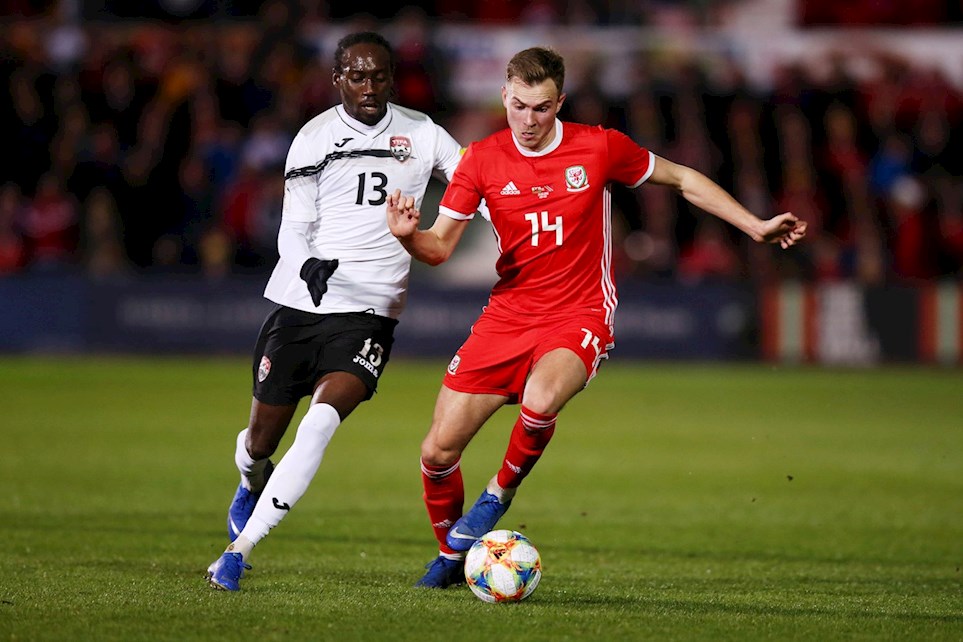 Hedges: "I need to press on from here."


Ryan Hedges was delighted to get a first full cap for his country on Wednesday night, earning himself 'Man of the Match' recognition in the process.