The 18-year-old goalkeeper has put pen to paper on a deal that will keep him at Oakwell until June 2019. Greatorex has impressed at under 18 and under 23 level this season with mature performances that have not gone unnoticed by the Reds’ coaching staff.
“He’s had a really good season,” said Academy Manager Bobby Hassell. “He struggled in his first year, in his scholarship, more with fitness than anything but he’s knuckled down this year and come back really fit.
"He’s progressed into the under 23s and played week in, week out recently and performed to a very high standard, so he’s very deserving of his contract.
“I think the addition of Matt Murray coming in as goalkeeping coach this year has been a real advantage to us - the keepers at academy level have improved no end since his arrival, so Jake has really kicked on this year.
“There was big hope for him two or three years ago, with a lot of interest from big clubs and hopefully we’re starting to see some of that potential come through now.”
Greatorex has been a regular for Barnsley U23s this season, and one person in particular who has overseen his development is Paul Harsley.
The U23s coach believes that the young Reds’ stopper has benefitted from his exposure to football at a higher age group, and is flourishing at the club he loves.
“He’s played a lot of under 23s games with Jack Walton going out on loan and he’s performed well,” said Harsley. “He seems to be improving all the time and we’re hoping that continues and he develops further.
“When you play for your home-town club I think it means that little bit more; he’s been associated with the club for a long time and hopefully he goes on and aspires to live those dreams.”
Greatorex had a loan spell with Penistone Church earlier this season where he featured in the FA Cup preliminary round against Harrogate Town.
Since his return, he feels more confident in his ability to compete with players much older than himself and is delighted to have signed his first professional contract with his boyhood club.
“A couple of months ago I had my review and they told me I was having my pro contract, and I was over the moon - I was buzzing,” said Greatorex. "It’s my dream come true.
"They told me I’d be playing with the under 23s and I think I’ve been doing well because I’ve been confident. That pressure hasn’t been on my shoulders; have I been playing for this or that? I feel secure and I feel happier, and I’m enjoying my football at the minute."
You can read the full interview with Jake in our BE RED matchday magazine for the Reds’ clash with Millwall on Saturday. 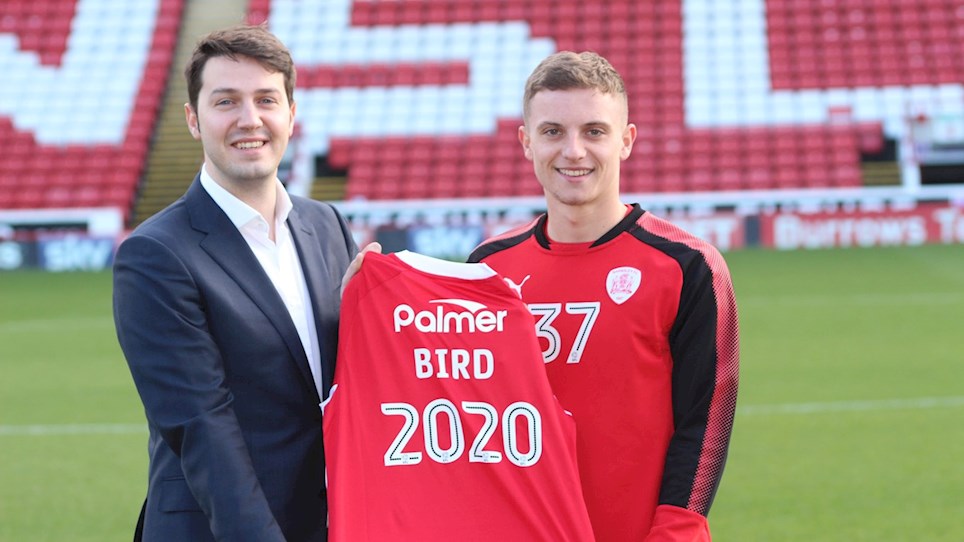 
We are delighted to announce that Jared Bird has today signed a two-year contract extension with Barnsley Football Club.