Here's our big match preview ahead of this evening's fixture in the Welsh capital.

Jose Morais’ men are back in league action tonight following the weekend postponement with a third successive away trip, this time to face Neil Warnock’s Cardiff City.

Barnsley’s journey to South Wales is this season’s furthest trip, raising the incentive to go a third straight away game unbeaten in the Sky Bet Championship.

The task at hand however will not be an easy one – the Bluebirds occupy the second automatic promotion place and are current frontrunners to potentially join leaders Wolves in the Premier League this summer.

Warnock’s side have won five of their last six, having not conceded a goal since February 9th, and both teams have had slightly extended preparation periods with Cardiff’s scheduled match at Brentford also postponed due to the past week’s extreme weather.

Cardiff City are the Championship’s Welsh representatives, one of a South Wales trio in the top four divisions with rivals Swansea City, and Newport County.

The Bluebirds were last promoted to the second tier of English football in 2003, spending every season there since – with the exception of their Premier League debut in the 2013/14 campaign. Their long-awaited Championship title win was huge for the club after their play-off heartbreak in each of the prior three seasons.

Cardiff, owned by Malaysian businessman Vincent Tan since 2010, have maintained top-half finishes since their relegation but are now looking to return to the highest level under the experience of Warnock.

The club claim an impressive honours list for a Championship outfit, winning the FA Cup and Charity Shield in 1927, two years after reaching their first FA Cup final. Cardiff have reached two more domestic cup finals in the past decade. They were FA Cup runners-up in 2008 – beaten 1-0 by Portsmouth after facing the Reds in a Wembley semi-final – and were pipped on penalties by Liverpool in the 2012 League Cup final following a 2-2 draw after extra time.

Cardiff have won the titles of the top four English divisions apart from the Premier League, and hold 22 Welsh Cups – the most recent of those in 1993. 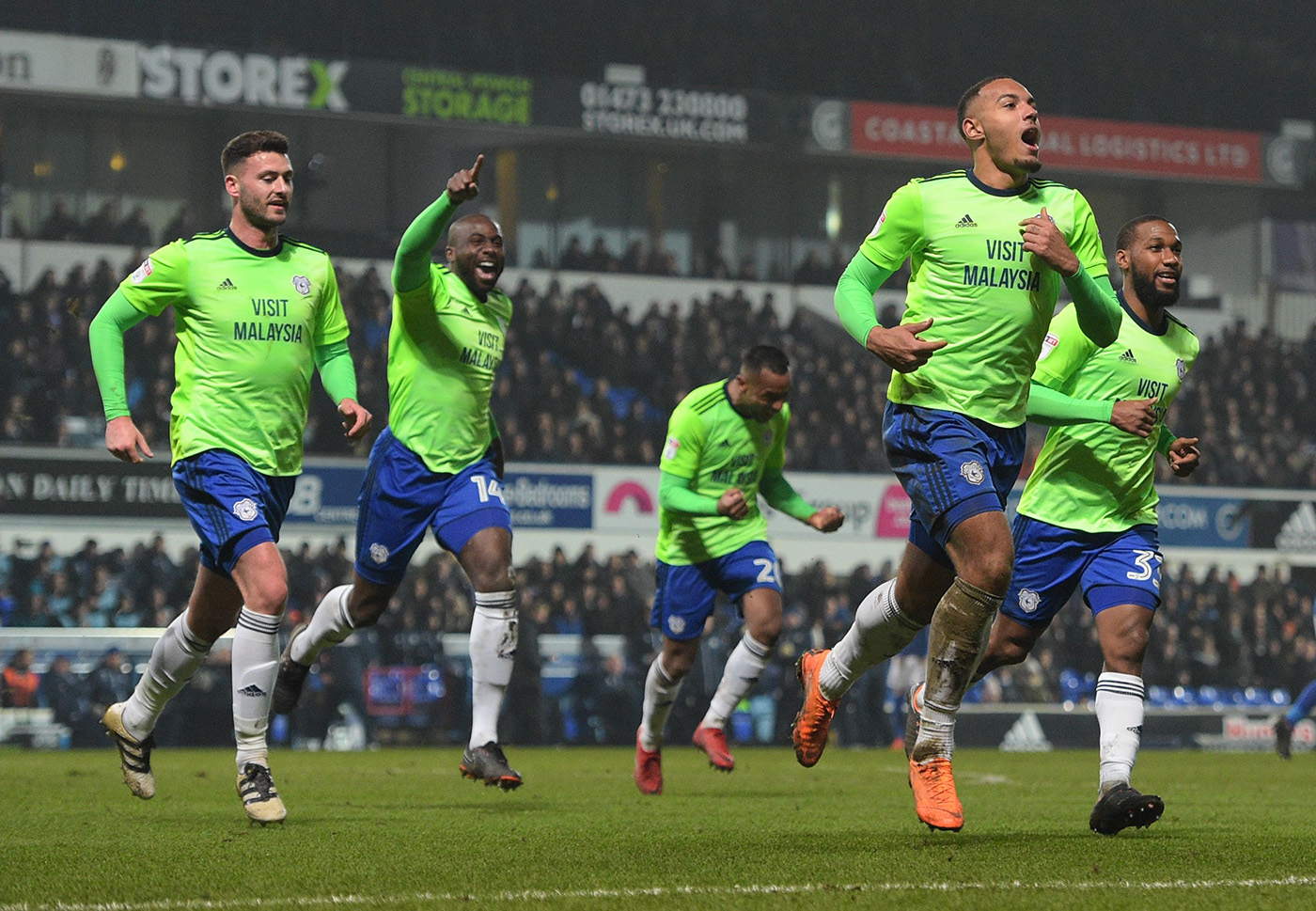 Warnock has built a steady squad, who have massively repaid his faith so far this campaign. Neil Etheridge dons the gloves at the Cardiff City Stadium, backed up by Brian Murphy. Cardiff boast the best defence in the league to date, only letting 27 past a reliable defence most often comprising Sol Bamba, Bruno Ecuele Manga, Sean Morrison and Joe Bennett, though experienced players such as Lee Peltier and Matt Connolly have featured in the back line this season. Versatility is an attribute Cardiff thrive off, with Greg Halford and Oakwell scorer Callum Paterson able to operate in various areas, though most often in midfield. Joe Ralls has been one of Cardiff’s key men this season, along with Nathaniel Mendez-Laing. Liam Feeney, Loic Damour and Kadeem Harris could compete for a start, with options in the middle of the park extending to the Premier League pedigree of Anthony Pilkington and Liverpool loanee Marko Grujic, and on-loan Derby man Craig Bryson. Aron Gunnarsson has not starred since November’s reverse fixture at Oakwell. Whether Warnock opts for two or three up front remains to be seen, but there is much to laud about the dangerous ability of Junior Hoilett this campaign, and through the middle with highly-rated Dane, Kenneth Zohore, and recent Bolton recruit Gary Madine. The latter netted a double against the Reds back in December’s defeat at the Macron Stadium. Ex-Rotherham United man Danny Ward has been out with a knee injury for the past three months.

Sheffield-born Neil Warnock needs little introduction to football fans, having been an entertaining figure of the game for decades.

The 69-year-old took his first managerial job back in 1980 as Gainsborough Trinity boss, after a 12-year playing career as a winger in which his best goal-scoring form came as a Reds player between 1976 and 1978. Warnock is renowned for leading his teams to promotion, and is aiming to add Cardiff to a list of clubs he has achieved the feat with such as Sheffield United, Huddersfield Town and QPR among others.

Warnock led his boyhood Blades to FA Cup and League Cup semi-finals in 2003, and managed the club in the Premier League during the 2006/07 season. He has also had spells in charge of clubs including Leeds United, Crystal Palace and Rotherham.

Alongside Warnock on the sidelines are another former Sheffield United and Leeds manager, Kevin Blackwell, and first-team coach Ronnie Jepson. 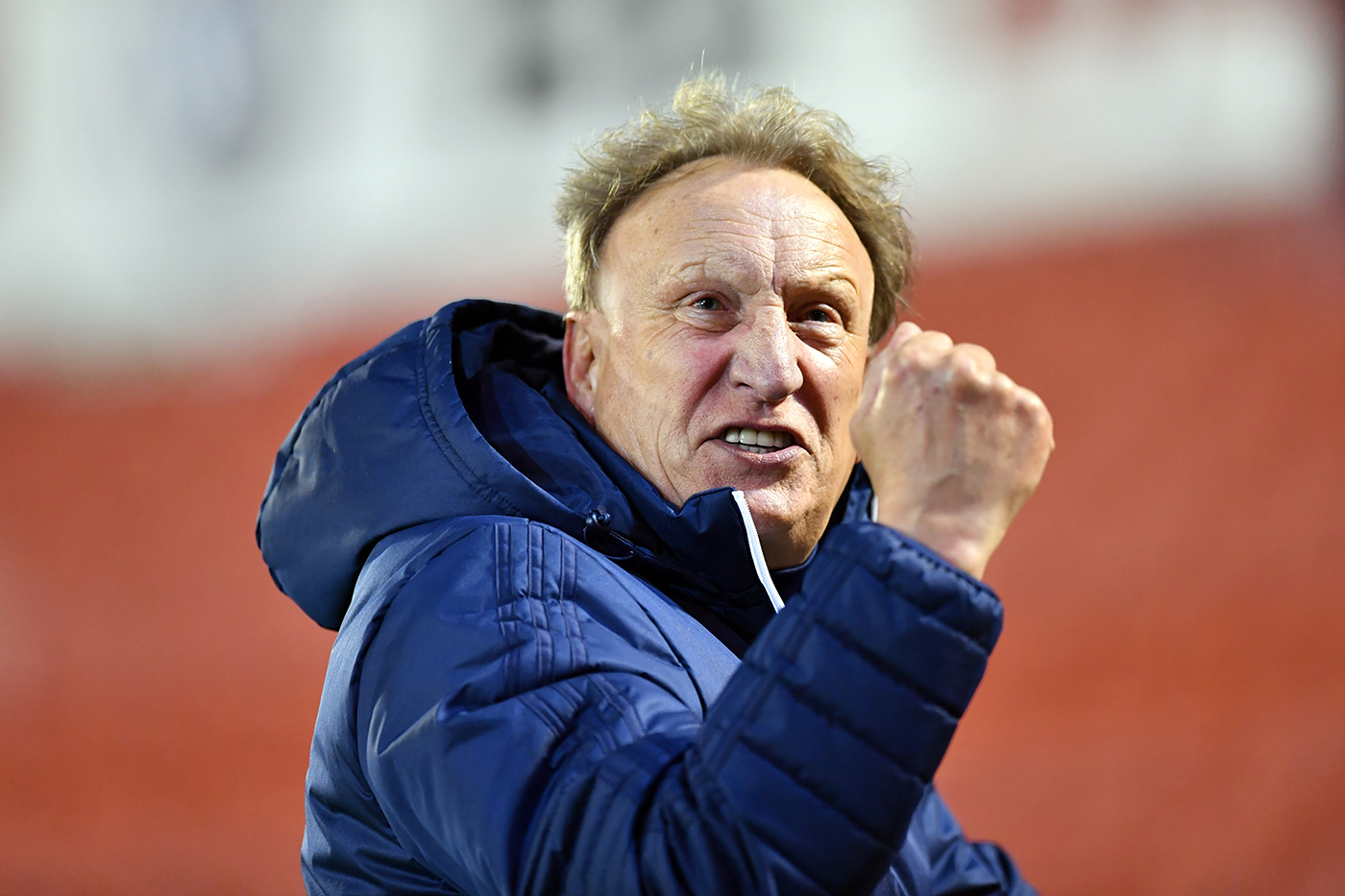 Barnsley will be looking to improve on the history books that have seen Cardiff win 24 of the clubs’ 50 meetings, to the Reds’ 14 victories. The Reds have only beaten the Bluebirds once in their last nine clashes, albeit a thrilling 4-3 win in the last meeting on Welsh soil. Cardiff edged out Barnsley at Wembley in April 2008 to end the club’s magnificent FA Cup run in the last four, with the Bluebirds grinding out a 1-0 win. Whilst Jose’s team make the trip as bookies’ underdogs, the lads will be on the hunt for three valuable points, as we look to turn a corner in our quest to avoid the drop.