The players arrived back at Oakwell on Monday to begin preparations for the 2018/19 season, which gets underway in just over five weeks.

Barnsley winger Ryan Hedges is looking forward to getting the ball rolling when the Reds host Oxford United on Saturday 4 August, and is targeting an immediate return to the Championship.

“Obviously coming back from the disappointment of last season, we’re all looking to bounce back and hopefully we’ll be challenging for the title and aiming to get promotion,” said Hedges.

“It’s nice to have a break away, but we’re all raring to go and getting ready for the new season now.”

Head Coach Daniel Stendel and his coaching staff, including Andreas Winkler and Christopher Stern, have been putting the team through their paces in gruelling conditions on the training ground.

Temperatures soared into the 30s as players took part in a series of fitness tests, before getting back to basics with ball work on Tuesday.

“You don’t normally expect this heat – especially in Britain!” continued the Wales international. “It’s obviously a nice change from it raining and it’s been tough on the legs, but that’s what pre-season is for.

Hedges and co. also had the opportunity to meet the new coaching staff, who joined Barnsley earlier in June.

The Reds’ German contingency will be looking to implement their attacking philosophy in the coming weeks in order to be ready for the opening day.

“It’s been really good,” admitted Hedges. “They seem to want to bring attacking, free-flowing football to the football club and I think that’s what the boys are buying into as well so, hopefully, in the pre-season games and at the start of the season, we can show the fans what we’ve been doing on the training pitch.

“Obviously being an attacking player, you want to be given the freedom and licence to express yourself on the pitch and I think that’s what this Head Coach will do, so I’m looking forward to playing games under him.”


The Reds' starting XI for this evening's friendly clash with Manchester City here at their Academy Stadium.

HOW TO VIEW MAN CITY FRIENDLY


We take on Manchester City on Saturday evening in our final pre-season friendly ahead of the upcoming 21/22 campaign. 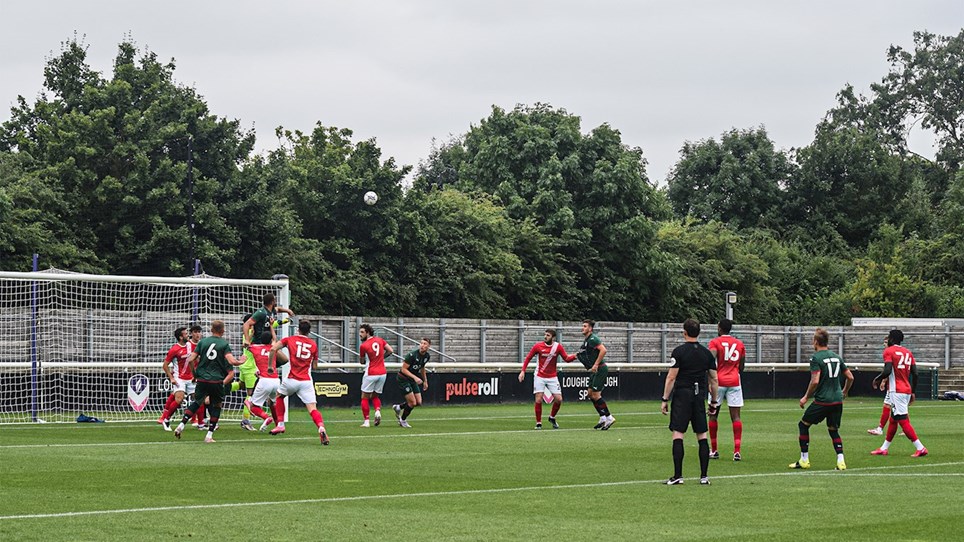 
The best images from our pre-season outing against Morecambe at Loughborough University.