It was a season of progression for Dylan Mottley-Henry, who made his Barnsley debut against Aston Villa following a successful loan spell at Tranmere Rovers.

After making 14 appearances while at Prenton Park – including two in the FA Cup – the young midfielder returned to Oakwell with a string of impressive performances under his belt.

The 20-year-old replaced Brad Potts midway through the second half as Barnsley lost 3-1 at Villa Park back in January.

“It was a very good experience – I couldn’t put it into words, playing in front of 30 or 40,000 fans,” said Mottley-Henry. “It was a good experience and I’m thankful for the manager to give me that opportunity.

“At Tranmere it was very hard and difficult, but I think I did well there and got my reward, so I’m very happy with that.”

Mottley-Henry was on target for Tranmere as they beat FC Halifax Town 4-2 in the Vanarama National League in October.

The midfielder also believes that he developed greatly under the tutelage of former Reds Assistant Manager, Micky Mellon, who has now earned his fourth promotion in nine years with three different clubs.

“My game improved a lot,” insisted Mottley-Henry. “I did a lot of work with the Assistant Manager [Michael Jackson] at Tranmere and Micky Mellon gave me that extra drive.

“He was saying to me before games that he saw the potential in me and I had to use my strengths – which is my pace and power – and he gave me confidence to push on. I’m so thankful that he gave me the opportunity.”

One of the main benefits of his loan move to Merseyside was the opportunity for first team football at a competitive level, and it was a chance that Mottley-Henry grasped with both hands.

The 20-year-old adapted quickly to the rigours of National League football and soon became integral to Mellon’s plans – despite an abundance of talent already at his disposal.

“There’s a big difference between first team football and under 23s football, especially in the National League,” continued the midfielder. “There were some great players at Tranmere playing under a manager who is fantastic.

“I was playing with professional players who have played X-amount of games in the Football League, which was good, and they were able to pass on their experience to me.

“The two strikers were phenomenal – the whole team had quality and you could just tell that they were going to progress and get promoted.

“I said it in the time that I was at the Club that there was a lot of improvement, and the players are really dedicated and so was the manager. That’s what drove the team to get into the position they were in to win promotion.”

Mottley-Henry, who joined Barnsley from Bradford City in July 2016, then signed for Chesterfield on loan until the end of the campaign following his departure from Tranmere.

However, the youngster endured a turbulent time at the Proact Stadium as a hernia injury cut his season short, having played just twice for the Spireites in League Two.

“It was very frustrating,” admitted the midfielder. “In January I wanted to experience the Football League and play higher up but, unfortunately, I got injured.

“I was playing with an injury – I’d gone back to Barnsley after breaking down in my last few games at Tranmere, then I had to call it quits because I didn’t want to injure myself anymore.”

After returning to the Club for treatment following his injury, Mottley-Henry has got his sights set on next season.

The youngster is hoping to establish himself in the first team and take as many opportunities as he can to assist the Reds whenever he is called upon.

“My recovery is going well – I’ve had a few niggles but I’m really positive,” continued the 20-year-old. “I’ve got a positive frame of mind and I believe in myself that I can push on from here and put this injury behind me for next season.

“I’m ready for any opportunity and want to start as many games as I possibly can next season.” 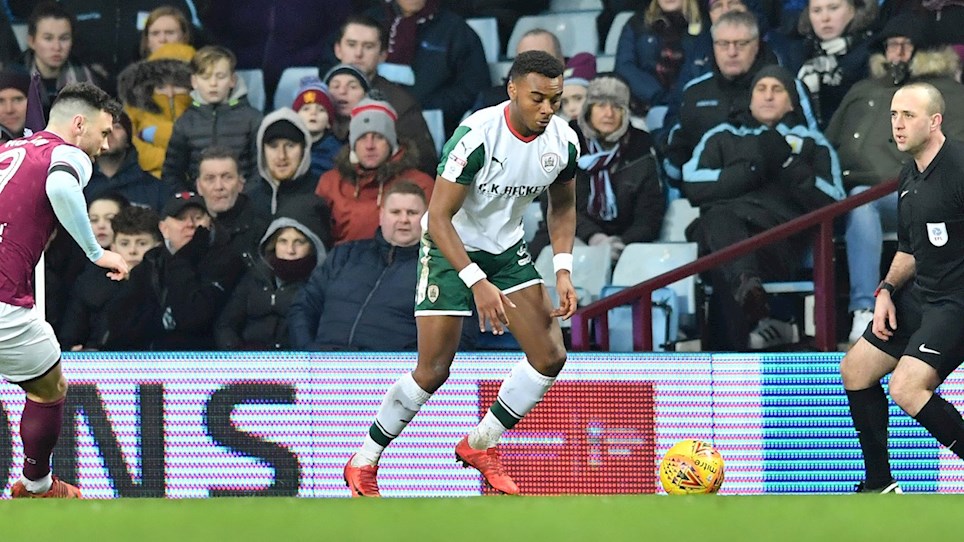 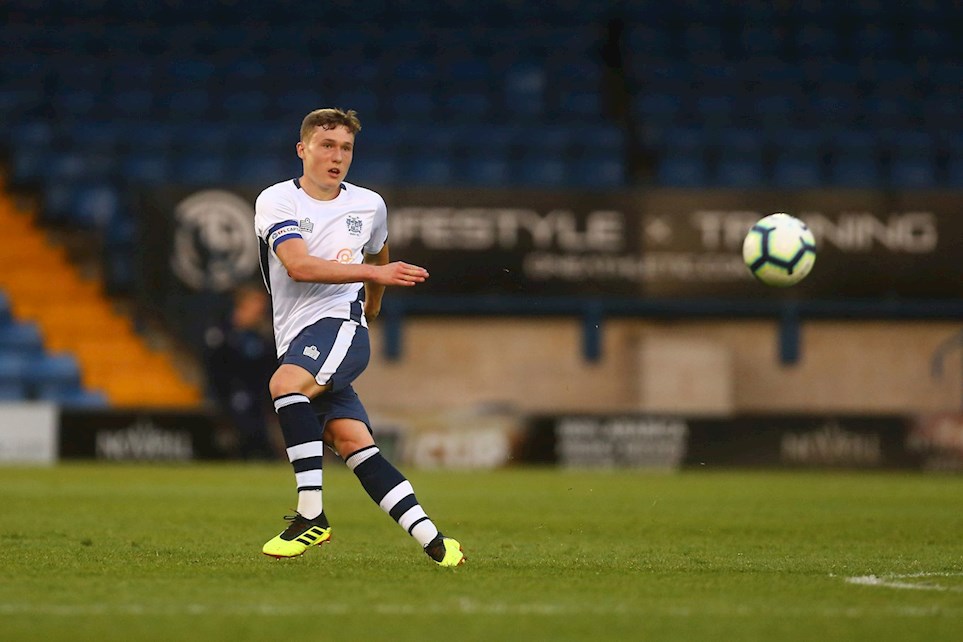 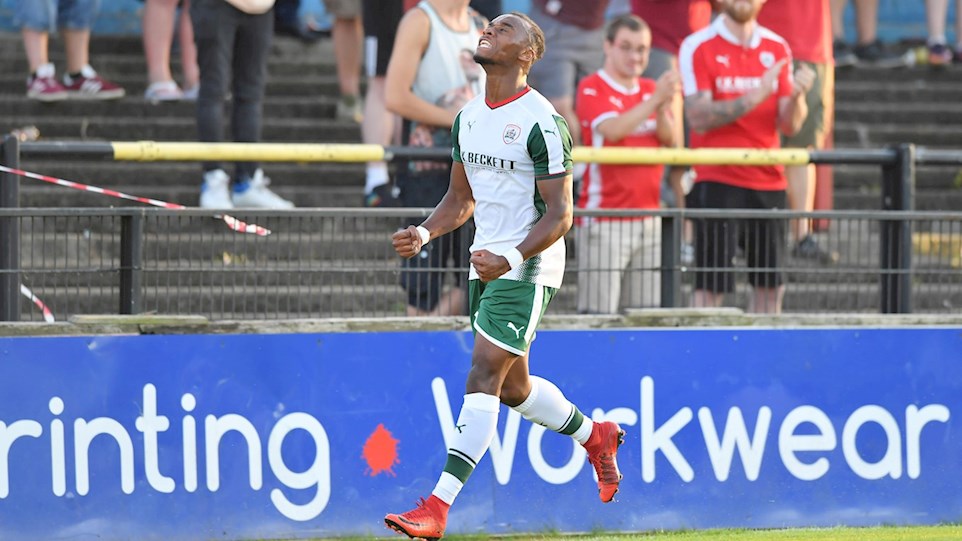 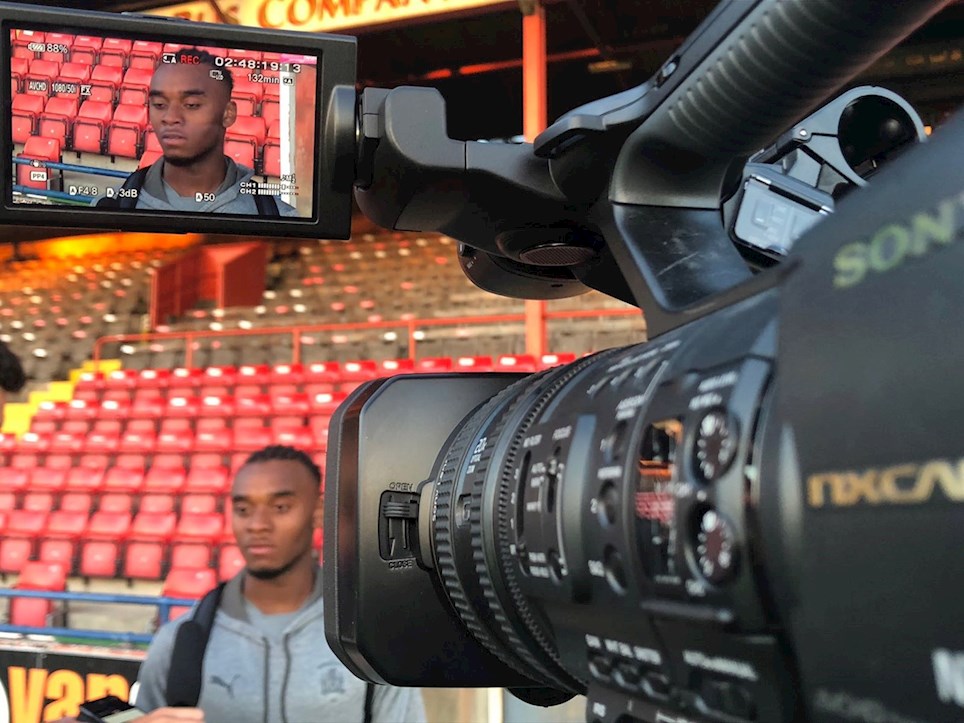 
The young Reds winger was on target in the 7-1 victory over York City on Tuesday night and he gave iFollow his reaction post-match at Bootham Crescent.