Ahead of the Reds' upcoming pre-season friendlies, we caught up with defender Jason McCarthy to get his thoughts on the team and his personal goals for the upcoming season.

Having come through the same Southampton academy that produced stars such as Gareth Bale and Adam Lallana, Jason McCarthy hails from a club of great talent.

After signing at the start of last season, McCarthy managed 24 appearances despite injury cutting his season short. The 22-year-old is now more determined than ever to get back on the pitch.

“Last season wasn’t nice, I’ve never had a relegation before and it was made worse because I had to watch on from the sidelines but the team needs to bounce back.”

McCarthy is ambitious and feels an instant return to the Championship should be the target for his side this season.

“We are where we are now but we’ve got a big season ahead of us and promotion should definitely be the target.”

Now entering his second season at Oakwell, McCarthy wants to kick on and regain a place in the starting eleven under new manager Daniel Stendel. The young defender feels he can play a big part this season.

“I obviously want to get back in to the side and help achieve promotion. I feel confident in my ability and want to take this football club back where it belongs.”

Despite being known for his defensive abilities, McCarthy has set his sights beyond keeping clean sheets next season and feels he can make a significant contribution further up the pitch.

“My number one target is to play week in week out obviously but it would be nice to score a few goals. Last time I was in League One I scored five goals so everyone knows I’m quite an attacking full back.”

With the departure of club captain Andy Yiadom this summer, McCarthy feels he is a candidate to replace him as the leader on the pitch for the Reds. However, the right-back is solely focused on the team rather than himself and insists there are many leading

“It would be an honour to captain this club for anyone. I have captained before, during my time in the youth setup at Southampton I captained the under 18s and under 23s. There are plenty of leaders in this squad, we all battle and fight for each other. The dressing room is excellent and everyone has come back in good spirits. We just want the games to begin now and it’s great to know we’ve got one this week.” 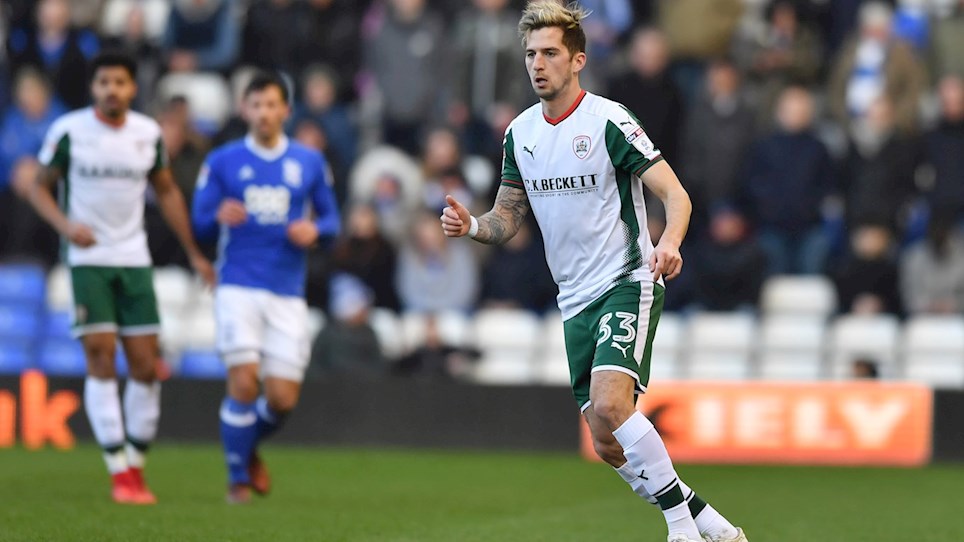 
Midfielder returns to Austria after six months at Oakwell.