Barnsley Football Club will be heading to the Hungarian capital for a week of intense summer training, for the second successive summer! The Reds can also confirm a friendly fixture against Budaörsi SC, who play in Nemzeti Bajnokság II.

The training camp will begin on Monday 16th July, with the match being played on Friday 20th July, a kick-off time and location is to be confirmed.

The Hungarian second division side finished 4th in their league last time out and will be opponent number four of pre-season for Daniel Stendel’s side.

Coverage of the trip will be across all of Barnsley Football Club's social media platforms!

Speaking to barnsleyfc.co.uk, the Reds’ Head Coach commented:“We’re happy this trip is now confirmed and we’re very much looking forward to the week in Hungary. It gives an opportunity for some good training, good weather and certainly a chance for everyone to get to know each other a bit better.

“We’ll have one game whilst we are there which will help us as the new season will then only be two weeks away.”


The Reds' starting XI for this evening's friendly clash with Manchester City here at their Academy Stadium.

HOW TO VIEW MAN CITY FRIENDLY


We take on Manchester City on Saturday evening in our final pre-season friendly ahead of the upcoming 21/22 campaign. 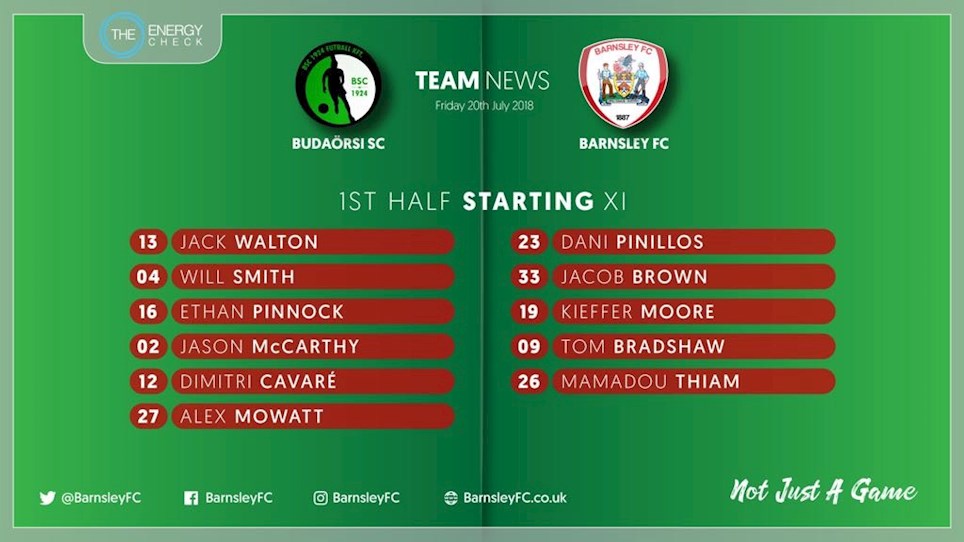 
The Reds are in friendly action at 2pm and this is how Daniel Stendel's side will line up for kick off.