The Reds Head Coach faced the press to discuss this weekend's clash at Villa Park.

With the games still coming thick and fast, Hecky gave an update on the health of one or two players who've been in the wars or out of action recently.

"Izzy (Lloyd Isgrove) got a dead leg," he told us. "The bruising came out straight away though, so hopefully he'll be okay. We've done lots of tests with Angus MacDonald and it shows that he's got a big iron deficiency and so that's really impacted on his ability to train properly and carry oxygen around your body. He's booked in next week to see someone about it and so we hope we can get to the bottom of that.

"Zeki (Fryers) isn't ready, he's not running yet so we're not sure when he'll be available but it certainly won't be this weekend. But Ryan Hedges is back in and he'll be in full training next week.

"We've a lot of young lads with us for this game, from the academy and thar's just where we're at right now. But it's an opportunity for others as always, it's a chance and what a game for that to happen."

Our hosts on Saturday are 4th in the Sky Bet Championship table so far after a solid enough campaign so far, and having seen the Reds off 3-0 at Oakwell earlier this season, Heckingbottom is under no illusion as to the size of the task facing his young side in Birmingham.

"In terms of scoreline they did us over here, but not in terms of performance. But that is the difference. We had similar against Derby here. And that's why those two are right up there at the top.

"They have quality throughout their squad, they're a really strong side without the ball and it doesn't matter how they're playing they've got goals in them.

"So we're well aware that it's going to be tough."

Watch Paul's pre-match press conference in full over on iFollow. 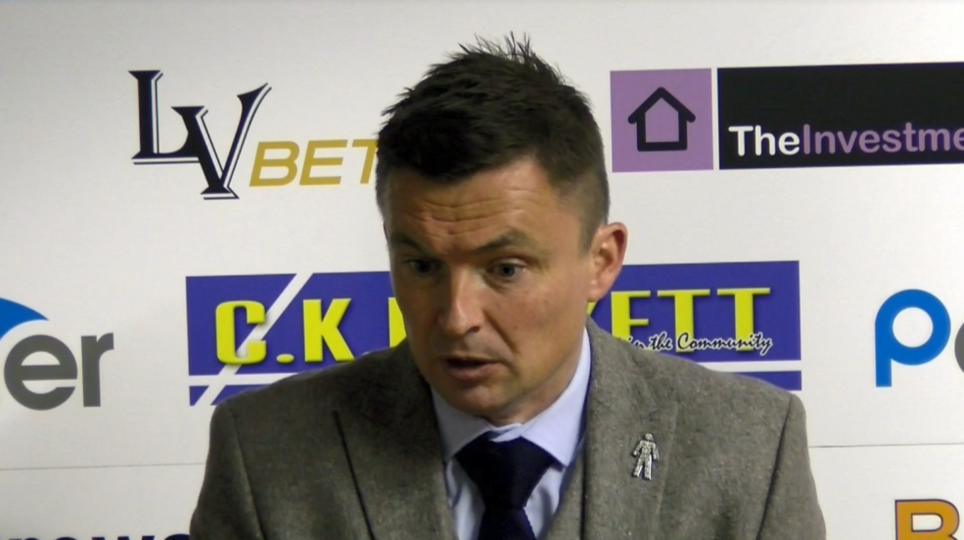 Hecky: "We didn't look a goal-threat."


Paul Heckingbottom was left frustrated by yesterday's 3-0 defeat to Aston Villa at Oakwell.