Barnsley are back in action tomorrow in hotly-anticipated fashion, in a lunchtime kick-off on Saturday, as South Yorkshire rivals Sheffield Wednesday make the short journey to Oakwell.

The Reds are still searching for their first victory since New Year’s Day at Sunderland, with Wednesday in similar form having not won in the Sky Bet Championship since a Boxing Day success at Nottingham Forest.

The blue side of the neighbouring city of Sheffield sit in 17th, six points better off than Barnsley but have suffered two home league defeats in 2018, either side of three consecutive goalless draws. 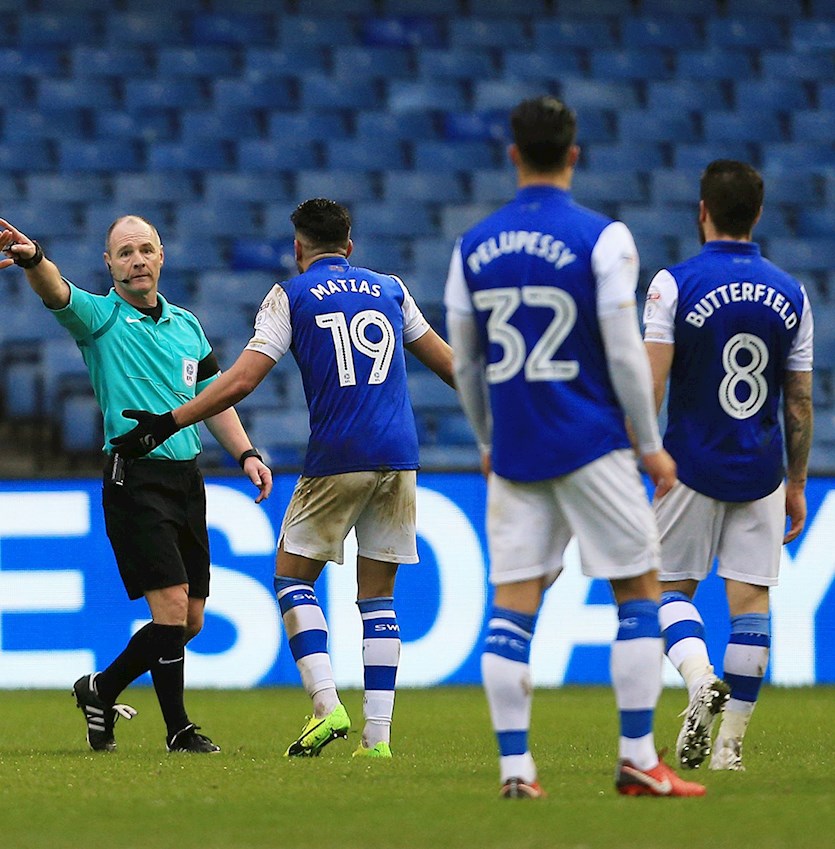 The current campaign is the Owls’ sixth of their current spell in England’s second tier. Having initially been relegated from the Championship into League One in 2010, Wednesday returned within two seasons and have gradually improved their league position every year.

The club were taken over by Thai businessman Dejphon Chansiri in 2015, who targeted promotion within the next few years. Wednesday have reached the play-offs in the past two seasons, but have failed to capitalise and make a comeback to the Premier League, in which they last played during the 1999/2000 campaign. Hull City were the beneficiaries in a Wembley final in 2016, before the men from Hillsborough were denied a second crack under the arch by Huddersfield Town last season via a semi-final penalty shootout.

Like last weekend’s opponents QPR, Wednesday are experiencing an underwhelming season by their expectations at present, but should comfortably have enough to avoid a relegation battle.

Wednesday boast an impressive history, having won four First Division titles, three FA Cups and a Charity Shield as pre-WWII saw them as a dominant force in English football. In 1991, the club lifted the League Cup after a 1-0 final win over Manchester United. Further Wembley appearances saw them finish as runners-up to Arsenal in both domestic cups in 1993. 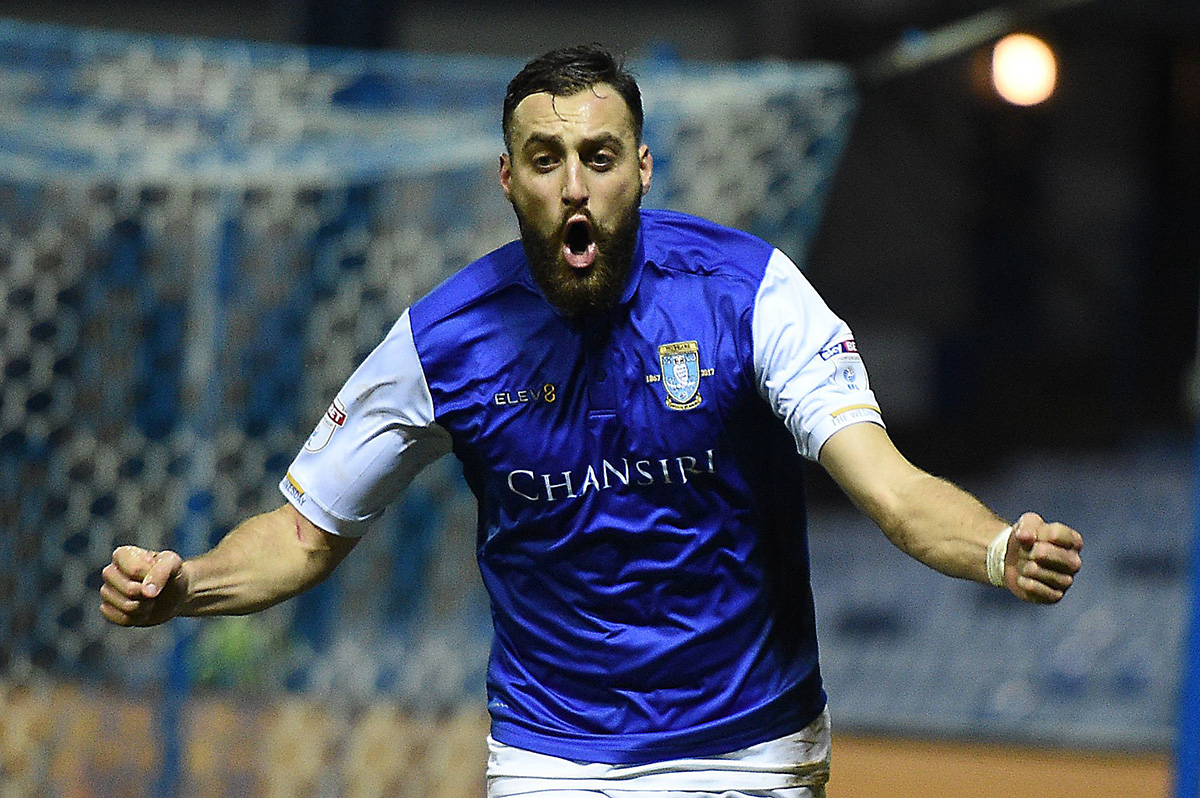 The Owls have plenty of Championship experience in their squad, but have suffered at times with injuries to key players throughout the season. Republic of Ireland goalkeeper Keiren Westwood started the campaign between the sticks before injury has given a recent run of games to highly-rated young ‘keeper Joe Wildsmith – who is expected to start on Saturday.

Full-back Daniel Pudil will be out through suspension after his two bookings against Birmingham City last weekend, with skipper Glenn Loovens brought off in the first half of the match. The Dutchman has been ill this week. Portuguese defender Frederico Venancio was the only member of the back three to complete the game, with Morgan Fox and Liam Palmer contenders for Luhukay’s wing-back roles, along with former Red loanee, Jack Hunt. Tom Lees, out since November, will see the game come too quickly for his soon return.

Luhukay usually opts for a three-man central midfield. Adam Reach has been an ever-present in the league for the Owls so far this season, and netted the fluke Wednesday goal in our 1-1 draw at Hillsborough last October. The Dutch manager’s compatriot Joey Pelupessy could be in line to retain a starting place, with George Boyd and Ross Wallace reliable options alongside. Former Wolves and Burnley man David Jones provides another outlet from the middle of the park. The Owls will be missing former Reds starlet, Jacob Butterfield who's not trained all week due to a shin injury picked up last time out.

Up top is where things have been shaken up somewhat. The absences of experienced strikers Fernando Forestieri, Steven Fletcher and top scorer Gary Hooper have allowed the likes of Marco Matias and Atdhe Nuhiu to express themselves again in the Wednesday team. However, despite Portuguese youth international Matias this week winning an appeal to have last weekend’s red card rescinded, he has picked up a knee injury in training and will not feature. However, Luhukay still has plenty of power at his disposal with Lucas Joao and Jordan Rhodes pushing for the opportunity.

Dutchman Jos Luhukay has now been at the Hillsborough helm for just over a month, replacing Carlos Carvalhal in early January and earning a goalless draw at Bramall Lane in his first match, the Steel City derby.

Luhukay previously played as a midfielder during the late 1980s and 1990s, predominantly in his homeland with sides including VVV-Venlo and Waalwijk. He had a short stint in the German Bundesliga with KFC Uerdingen, who he later managed.

The 54-year-old’s coaching career kick-started in Germany, where different roles at FC Koln were followed by managerial roles at clubs such as Borussia Monchengladbach and Hertha Berlin, with the Wednesday post his first job in the English game. 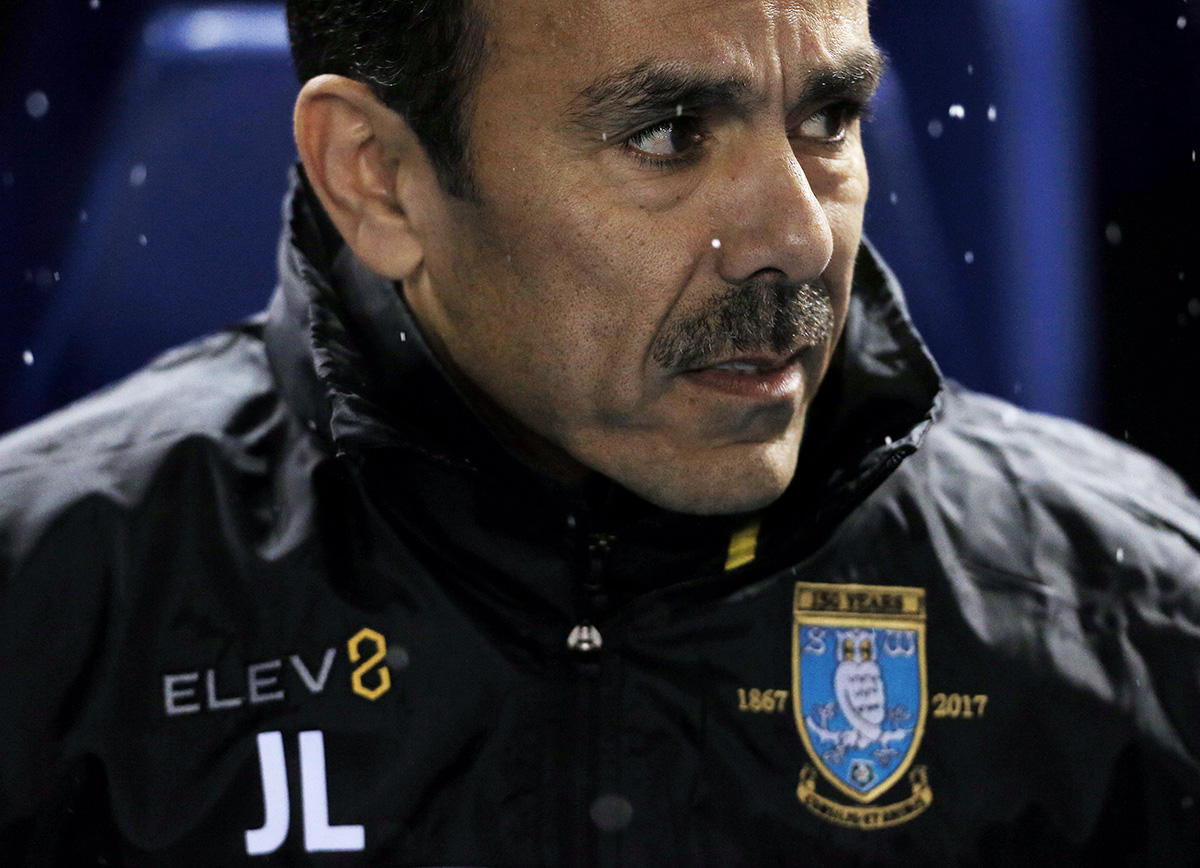 The Reds have beaten their neighbours 22 times with Wednesday winning 35 clashes, drawing 15. Paul Harsley will attempt to lead the team to their first victory over the Owls since 2008/09, when we secured a league double in the fixture. Barnsley also came out winners in our solitary Oakwell meeting in the Premier League, earning a 2-1 win in 1998.